EPICURIOUS: The raw power of cacao

The tropical plant that has beguiled civilizations for centuries
Dec 12, 2020 4:00 PM By: Brandon Barrett 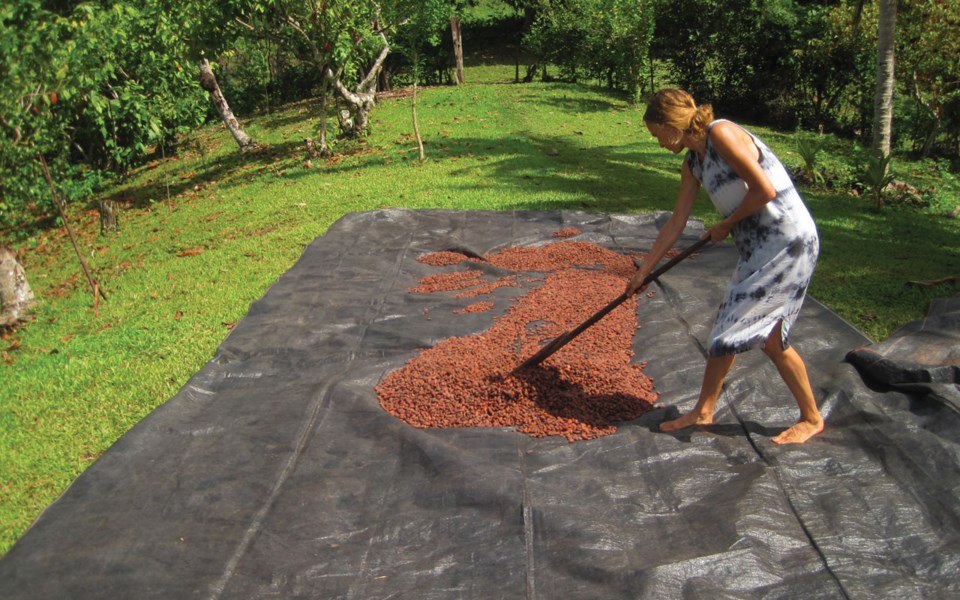 Tove Redeby described the feeling of stumbling upon a cacao orchard in 2012 near the Peruvian jungle city of Tarapoto as ‘love at first sight.’ Photo submitted

Tove Redeby describes the feeling she felt stumbling upon a cacao orchard in 2012 near the Peruvian jungle city of Tarapoto as “love at first sight.”

“I randomly ended up on this farm, and before then, it wasn’t that I didn’t like chocolate, but I was never one of those crazy chocolate lovers. So I didn’t really expect that I was going to have this amazing connection, and it was really an experience for me to be in this orchard,” she recalled. “I really felt a deep connection and passion.”

For the Swedish nutritionist, it was a chance encounter with the plant that has since led to an eight-year love affair through the founding of Cacao Now, the Whistler Farmers Market staple that sells a range of organic, vegan cacao snacks.

For Redeby, it wasn’t just the nutritional benefits raw cacao, rich in antioxidants and proven to reduce the risk of everything from diabetes to heart disease, offered that appealed to her, but something deeper.

Redeby knows how unlikely that might sound to some, but she is far from the only one to feel the pull of a plant that has beguiled civilizations for centuries. Cacao held deep significance for the ancient Aztecs and Mayans, who believed its “bean” (actually the plant’s dried and fermented seed) to be divine. Used in rituals marking a birth, marriage or death, cacao was often served as a drink that was prepared based on the occasion or ceremony of the day. Cacao seeds were regularly offered up to the gods. Aztec soldiers were given chocolate beverages to steel them for battle, and chocolate was so beloved by Aztec emperor Moctezuma II that Spanish Conquistadors reported he refused to drink any other beverage, and only out of a golden goblet. Convinced of its healing power, the Mayans often prepared cacao drinks for medicinal purposes. The miracle plant was so valued in Mesoamerican society that it was even used as currency. (Historical records show that 200 cacao beans could secure you a male turkey in Ancient Mesoamerica—what a steal!)

For generations, the cacao bean also sat at the centre of the European slave trade, filling Spanish royal coffers, a terrible legacy that has bled into the 21st century.

These days, Western African countries, primarily Ghana and the Ivory Coast, produce more than 70 per cent of the world’s cocoa, where a cacao farmer is lucky to earn $2 a day. As the demand for chocolate skyrocketed over the years, farmers increasingly resorted to child labour to keep their prices competitive, and even today, the practice is rampant in West Africa, despite large chocolate makers such as Mars, Nestle and Hersheys pledging to end child labour in their chocolate production. Estimates peg the total number of children working in the West African chocolate trade at 2 million.

Thankfully, between the rise of veganism and conscious eating, paired with the fractures in the global food supply chain exposed by the pandemic, more and more consumers are taking the time to consider where their food—cacao included—comes from, noted Redeby.

“It makes me so happy that people are more aware of what they’re eating, and not just eating more veggies, but asking where their food is coming from, who grew it and people are more willing to learn more about it and spend more money on their food,” she said. “With COVID, there’s been this whole quest and thirst for knowing more about the source of food … The whole pandemic mindset, it kind of fast-tracked this movement a little bit.”

Check out Cacao Now’s line of products at cacaonow.ca.