Initiative aimed at raising local awareness of museum's Indigenous-inspired cuisine
May 29, 2020 3:25 AM By: Brandon Barrett 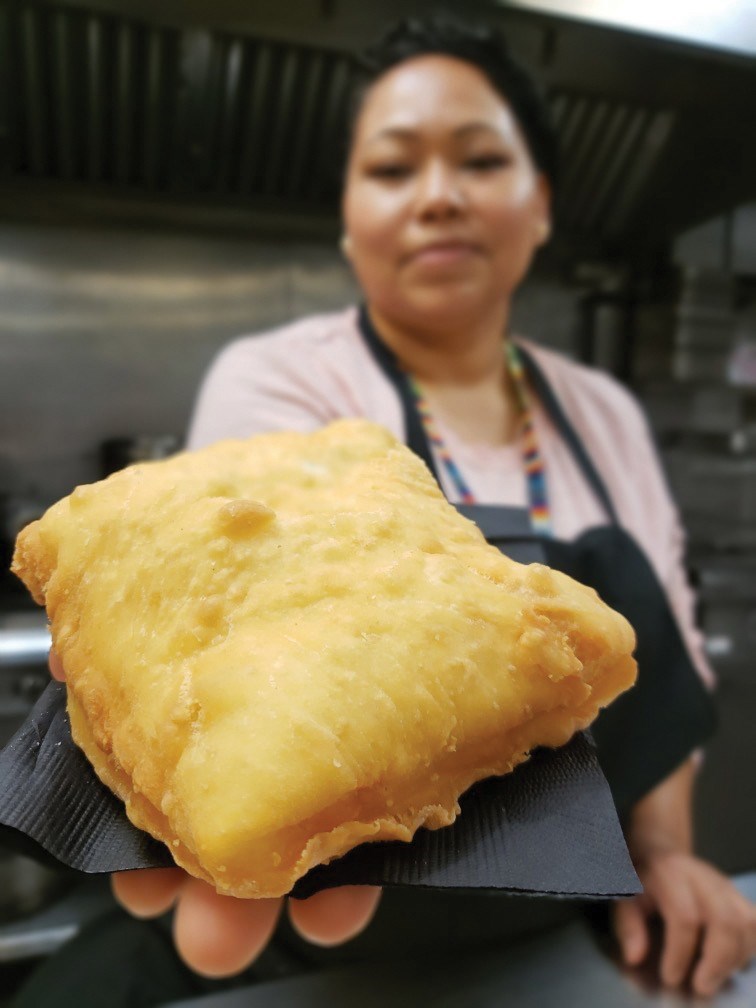 The Squamish Lil'wat Cultural Centre (SLCC) may not be open to visitors right now, but that doesn't mean locals can't take home a taste of the award-winning First Nations museum.

The kitchen team at the Upper Village centre is inviting Whistlerites to "Bring Home the Bannock" through a new takeout and delivery service that offers a sampling of Indigenous-inspired cuisine from its Thunderbird Café.

With tourism ground to a halt, executive chef Felix Breault sees the program as a way to shine a light on the SLCC's culinary offerings. "We started this, obviously, because of the COVID-19 virus as a way to remind our locals that we're still here," he said. "Everyone likes the food, everyone comments that it's great, but we're not really seeing a lot of locals come back like we would at other cafés. We're hoping it can raise a bit of awareness of the food we do here."

For the month of June, the menu will feature grilled maple and juniper berry-marinated short ribs, roasted Pemberton potatoes with homemade pickle aioli, and a seasonal green salad made from Rootdown Organic Farm produce. That, of course, also comes with the much imitated but never duplicated First Nations' fry bread, bannock—the beloved recipe for which Breault credits to Lil'wat kitchen manager and chef Theadora Sam.

"The new menu ... is more barbecue- and picnic-friendly," Breault said. "Tourism Whistler really wants to promote picnics this summer, which is something I like to do myself. I like to have a good picnic, not just hot dogs, so I thought it was perfect since I have a natural interest in that."

A Quebec native, Breault said learning about Indigenous ingredients and ways of life has helped him simplify his approach to cooking—while recognizing the similarities to French-Canadian cuisine that were there all along.

"[The First Nations' influence] takes shape in the sense that it's not over-processed. I wouldn't say what I do is exactly rustic; everything is homemade. We're not really getting stuff pre-made," he said. "The seasonal [focus] is really what's trendy pretty much anywhere in the world, so that's my boundary. There's also a little bit of my French-Canadian background. There are similarities in the cooking, as far as it being comfort-food-oriented."

When crafting his menus, Breault will first consult with the SLCC's cultural department to get a sense of what the Lil'wat and Squamish would traditionally hunt or forage for at that time of year. "It always ties back to what's seasonal," he said. And while there are limits to just how closely the Thunderbird Café can hew to traditional First Nations cuisine—the chefs are not permitted by food regulations, for instance, to serve ingredients that have been hunted or foraged, something First Nations chefs across Canada have lobbied to change—he has gained ample experience with game and other ingredients that you'd be hard-pressed to find on many other menus.

"At the SLCC, I've learned to explore more the game meats. That's something we do nicely here. We offer all sorts of meats that are not available anywhere else in Whistler," said Breault, adding that he and his team are working on a wild game platter that will likely include bison, cured duck and elk for when the café resumes in-person dining—which will be held in the museum's beautiful Istken Hall to better accommodate physical distancing.

"That's one cool thing about here: We're fairly small so it's easier for us to keep everything fresh," he added. "I get lots of freedom from my superiors for food, so I'm able to keep it super interesting and seasonal and deal with whatever the suppliers have available."

The June menu costs $49.99 for two people, with Indigenous wine pairings and desserts as extra add-ons. Pick-up and delivery is available between 3 and 6 p.m. every Tuesday. Delivery orders include a $5 charge. The order window closes at 5 p.m. every Monday, and supplies are limited. To order, visit slcc.ca/bringing-home-the-bannock.