Vancouver Magazine hands out the hardware at annual restaurant awards 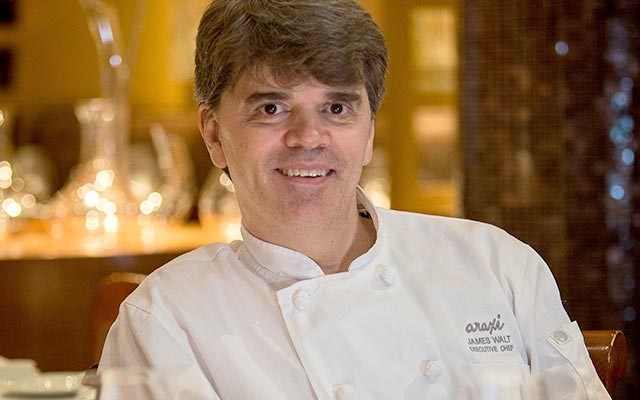 For the 14th time in 15 years, Araxi was recognized as the Best Whistler Restaurant, with the panel of expert judges and Vancouver Magazine editors pointing to Executive Chef James Walt's continued excellence in the kitchen at one of the resort's most revered establishments.

"We remain in awe of chef James Walt's plates and the efforts of his crew, which 'command the attention not only of Village Square, but of all food and wine enthusiasts,'" it read.

The magazine also remarked on the relative affordability diners can find at the iconic restaurant, saying: "In terms of prices, its menu is now in line with many of the region's better 'casual' rooms — without a titch of compromise to be found."

This should come as no surprise to locals who've indulged in Araxi's beloved — and economical — shoulder season menu, which, at a price tag of $33 for five sumptuous courses, isn't exactly raking in the profits.

Bearfoot Bistro, another pillar of the resort restaurant scene, nabbed the Silver award — as has been the case every year since 2009 when founder André St. Jacques and his team snatched a rare win from their village rival.

"Luxury, extravagance, and flamboyance," were the words used by one judge to sum up the one-of-a-kind dining experience to be found at Bearfoot — as apt a description as any for Executive Chef Melissa Craig's decadent cuisine.

The magazine also called the restaurant's three-course tasting menu "worth every penny," and highlighted the Ketel One Ice Room, the coldest vodka tasting room in the world. (Bearfoot has its own super-affordable five-course menu on right now, priced at $38 for five courses.)

Rounding out the list for 2015 is Alta Bistro, the first time the modern French bistro cracked the Top 3.

It was also a banner year for Araxi's parent company — Toptable Group — with several of its restaurants taking home hardware. Blue Water Café was named Best Seafood Restaurant for the eighth year in a row, along with a silver for Best Upscale Restaurant and the bronze for Best Yaletown Restaurant.

For the full list of winners at the 2015 Vancouver Magazine Restaurant Awards, visit www.vanmag.com.