Welcome to the 'New Okanagan' 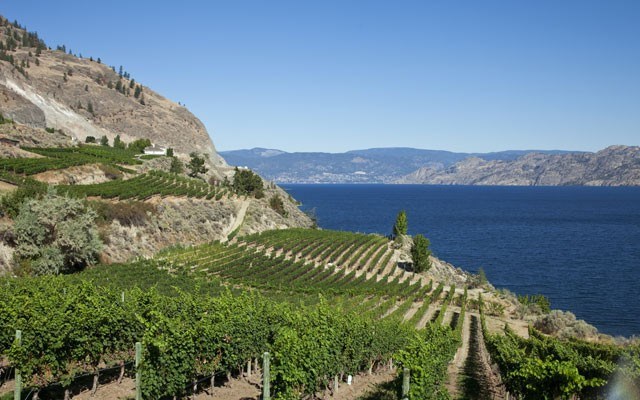 Somebody called me a cheerleader for B.C. wines the other day and, to be honest, I was somewhat offended. Cheerleading? Sorry, that's not my game.

I've always been a global wine guy and up until the last five years I spent most of the preceding 30 years tasting and writing about wine from around the world. In any event, there wasn't all that much to cheer about for decades. While British Columbia made progress, it was glacially slow.

To some of us it was painfully obvious what was required to move the needle. Yet somehow we never quite got there. There were Napa North comparisons, "Bordeaux" blends and "Burgundian" techniques, but the wines of the '80s, '90s and much of the early 2000s never came close to the glory of those regions.

Don't get me wrong. The Okanagan is an exciting young wine region but it hardly resembles Napa, or Bordeaux, or Burgundy — not the topography, not the wines and certainly not the food and or the accommodations.

All that has changed over the past decade, so much so that it's easy for people like me to proclaim the "New Okanagan" is for real and, best of all, it is nothing like Burgundy, Bordeaux, or California.

It may sound obvious but the New Okanagan is all about itself — from its sagebrush, cactus and dry, desert-like environment in Osoyoos, and its hanging benches and ancient soils in Penticton to its steep-sided, cool-climate slopes in the Kelowna area and north.

The New Okanagan is about a "we can do it — but 'differently' attitude. To paraphrase what I hear all the time, it's about a unique terroir and climate. It's about distinctive sites and grapes that are married to our environment.

While at a distance, wine is wine, what is going on in the Okanagan has nothing to do with France or California anymore. In short, we are shaping our own identity and that's what will make us interesting to both locals and foreign writers, tasters and travellers.

If there is any connection with famous foreign regions it's because, like them, we are finally telling our story, using locally prepared foods and tying our wines to the lands that produce them. Eating and drinking has never been a better proposition in the Okanagan and it is poised to head to a new level.

I spent the last week travelling across the Okanagan on a busman's holiday trying to be a tourist along with my family and relatives. Half the group had never been to Okanagan, which only heightened their amazement.

We stopped at The Terrace at Mission Hill, named one of the world's five best winery restaurants by Conde Naste Traveller and it hasn't missed a beat since. What's different on the hill is the wine.

As large and, at times, as commercial as Mission Hill can be, the West Kelowna winery that has few architectural peers in the world of wine is now over-delivering in the bottle. Compendium, Quatrain and Oculus are a trio of sophisticated red blends that speak to years of serious investment in vineyards and winemaking technique. Add to that some electric riesling and viognier from the new Martin's Lane lineup and a pinot noir program that is about to burst its seams, and you have a tour de force in the north.

Across the lake at CedarCreek the Vineyard Terrace remains a fun spot for lunch and home to the delicious rieslings of winemaker Darryl Brooker. Brooker is heading down the lower alcohol path with his rieslings and the results are impressive. Nearby Tantalus is a must visit, as is Sperling Vineyards the family project of acclaimed Ontario winemaker Anne Sperling.

For this trip, I spent a good part of my days at the Cove Lakeside in West Kelowna, which allows you to easily move between East and West Kelowna, Summerland, Naramata and Skaha Bench.

Stops at Okanagan Crush Pad, where you can learn about biodynamics viticulture and sip wines made with minimalist intervention, is a Summerland must-do, plus you can get to know the rest of the Corkscrew Drive producers along the way. Here, Local Lounge and Grille under chef Lee Humphries is a welcome addition to the food and wine landscape.

Across the lake just north of Penticton Poplar Grove Winery (cabernet franc) and its fabulous in-house Vanilla Pod Restaurant is another don't-miss destination. Further along the road, Lake Breeze, Hillside, Laughing Stock, Terravista and Van Westen and Joie are just a few stars in Naramata's constellation of many.

Hillside Winery under winemaker Kathy Malone has really upped its game as they narrow their focus to only Naramata Bench wines. Don't miss the single vineyard merlots. The Bistro patio is another prime hangout on the bench.

Moving south along the Skaha Bench, Painted Rock continues to pile up the medals for its Icon Red and Chardonnay labels and will open a new property tasting facility in September.

At Okanagan Falls, stalwart pinot noir and chardonnay producer Blue Mountain has been joined by Meyer Family Vineyards. Both are must-sees.

By the time you get to Oliver and the Golden Mile and its eastern counterpart, The Black Sage Bench, you will need a break.

Miradoro at Tinhorn Creek has a commanding view of the valley and the restaurant has a handle on all things local, thanks to chef Jeff van Geest and owner Manuel Ferreira. From Tinhorn you can plan stops at Burrowing Owl, Hester Creek, Moon Cursor, Maverick, Culmina Nk'Mip and... well, the lists goes on.

It's all happening in the New Okanagan, along a 250-kilometre long system of lakes that Napa Valley, Bordeaux and Burgundy can only dream about.

Anthony Gismondi is a globetrotting wine writer who makes his home in West Vancouver, British Columbia. For more of his thoughts on wine log onto www.gismondionwine.com