What did we do before plastic? 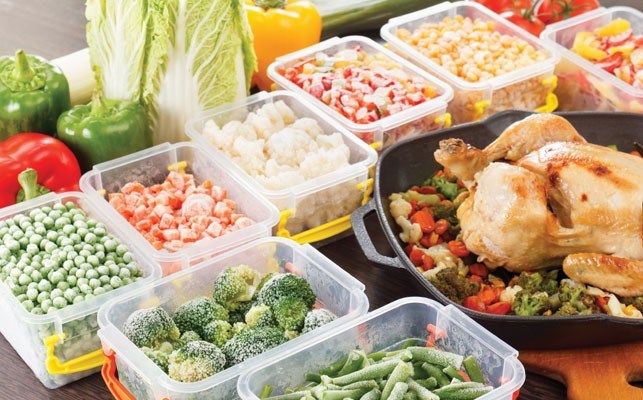 plastic world A recent study out of the University of California found that more than 8.3 billion tons of plastic have been produced globally to date. www.shutterstock.com

My dear mom, who is pushing 90 and still ranks as one of the finest cooks and housekeepers on the planet, has often remarked (and remarked that her older sister, too, has remarked) what on Earth did we do before plastic? Translation: they're over the moon about plastic.

Indeed, what did we do before plastic?

Well, apparently we covered the fish with an upside-down plate or bowl, or brown butcher's paper. Leftovers went into containers, only they weren't plastic; they were usually made of glass or, if your family was exotic enough to have spent time in "The Colonies," meaning papa was stationed in India or Malaysia, they might have brought back one of those tiered metal tiffin boxes so perfect for separate components of a hot meal.

Garbage pails were also metal, usually galvanized steel, and they lasted a lifetime or two. Grandma's garbage can, if it were of a good size and heft, was passed along to the kids. It would be washed after each use, eliminating the need for a liner, plastic or otherwise.

People absolutely went on picnics, maybe 10 times more often than they do today, but they simply dragged along the dishes from their kitchen cupboards. As for plastic cups for smoothies, first, smoothies didn't exist. Otherwise, drinks from commercial drinkeries or food from commercial fooderies were simply consumed in situ, that is, on the spot.

In most households, around the time we started our love fest with plastics — just after the Second World War — budgets were such that eating (or drinking) out was out of the question. The rare times it happened were special. People were happy just to sit on a stool at a counter (see this New York Times article on the death of the city diner) or, if you went uptown posh, on a heavy chair at a linen-draped table, and escape real life for an hour or two.

Who wanted to drag anything, never mind lukewarm take-out along with their weary selves, back any sooner than necessary to the tired, grey, workaday world?

But now we have our dearly beloved plastic, and it's not only making life easier in our kitchens and favourite take-out joints. Plastic permeates just about every aspect of life — our car dashboards, our phones, our keyboards, likely even the chairs we're sitting on — as well as our oceans and rivers and awesome rainforests. Remote, unpopulated Henderson Island in the South Pacific is covered in plastic, and nobody even lives there. (Google street view it here.)

Scientists have discovered a new rock on Hawaiian beaches. They've named it plastiglomerate. A mixture of sedimentary grains and other natural debris like shells and rock fused with molten plastic, it's likely from campfires, not volcanoes.

Marketwise, plastics' most lucrative hotspot is the grocery store — you know, all those lovely plastic bottles for water, juice, milk, oil, and so on as well as plastic containers for everything from toothbrushes to strawberries and tomatoes so, horror of horrors, they don't get a single blemish.

"Packaging is huge for me," said Nesters Market GM Bruce Stewart, in a previous interview about sustainability. "They just keep shoving petroleum down our throats. Sun-Rype juices have gone to a plastic bottle and gotten away from their Tetra Pak — another full-petroleum product for a container."

Add it all up and we're looking at a ton of plastic for every person on Earth. Yes, folks, you and I are now proud indicators of one entire metric ton of plastic!

It's always fraught making reductions like that, but if you take today's world population at 7.5 billion with that rising, by UN estimates, to about 9.8 billion by 2050, then that's the bottom line according to sweeping new research.

Published last week in the journal Science Advances, the report, led by industrial ecologist Roland Geyer at the University of California, is the first "global analysis of all mass-produced plastics ever manufactured." Using data collected from 1950 to 2015, it's making headlines because the numbers are mind-blowing. (Read more in the Washington Post and The Atlantic.)

Half of all the plastic created so far has been made in the last 13 years, since the time Janet Jackson's breast was victimized by a "wardrobe malfunction" and Mark Zuckerberg started Facebook.

If current production and waste management trends continue, roughly 12 billion metric tons of plastic waste will be in landfills or the natural environment by 2050 — again, more than one ton per person. And don't blame China. As of 2014, it had the second highest plastics recycling rate at 25 per cent. Europe is tops at 30 per cent, while the U.S. languishes at 9 per cent. (Sorry, no data for Canada in the report.)

So maybe it's time we asked again: What on Earth did we do before plastic? Only this time our incredulity won't be flattering.

Glenda Bartosh is an award-winning journalist who recycles every scrap of plastic she can.