Whistler Cornucopia returns with most diverse lineup yet

Food and drink festival features everything from Warhol-themed party to cooking-competition-turned-drag-show
Nov 7, 2019 6:30 AM By: Brandon Barrett 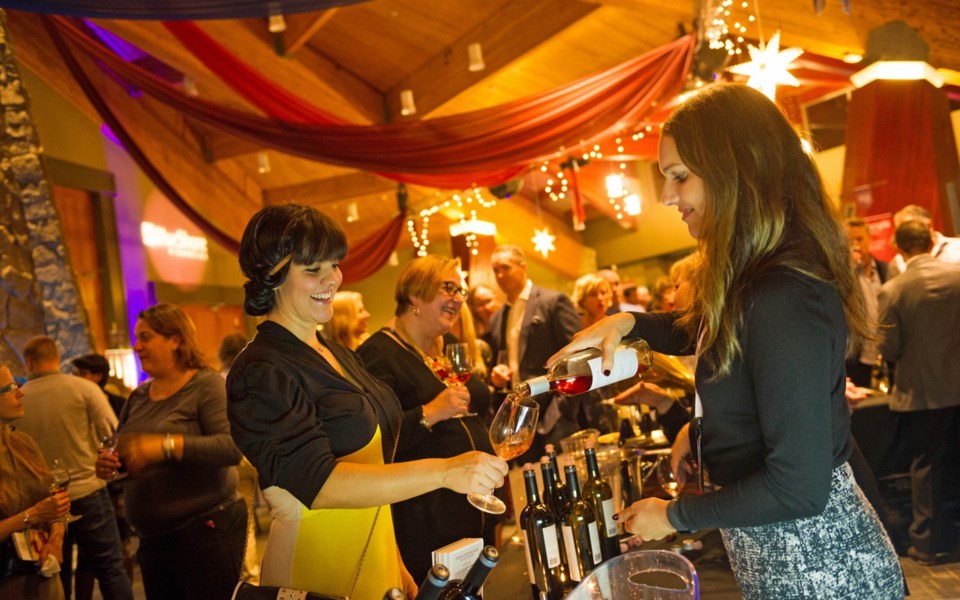 Wine-up LIneup The 23rd annual Cornucopia food and drink festival features its most diverse lineup yet, with 115 events on offer between Nov. 7 and 17. photo by mike crane / courtesy of tourism whistler

Exquisite cuisine and wine has always been, pardon the pun, Cornucopia's bread and butter.

The annual epicurean celebration, which returns from Nov. 7 to 17, has long been anchored by its signature events and tastings, such as House Party, a barbecue feast courtesy of Sidecut paired with an array of wine, beer and spirits; Crush, Cornucopia's flagship indulgence, showcasing wineries (and nibbles) from B.C. and beyond; and Night Market, an eclectic sampling of cuisines from around the globe. But it's the smaller, inventive and, well, downright weird events on the calendar that push Cornucopia beyond the realm of your average culinary festival.

We don't want to be that snobby festival, like, 'Oh, don't you smell that oaky note in that wine?'" jokes Sue Eckersley, executive director of event producer Watermark Communications. "We want to be fun, we want to be inclusive. This world is so amazing for everyone—it's food and drink, we all do it."

Take this year's agenda as an example. Among the 115 (!) events on offer, you will find everything from a Spice Girls tribute band—served with canapés, of course—to a seminar on pairing wine with junk food, a silent disco, an Andy Warhol-themed "Factory Party" at the Audain Art Museum, and, Cornucopia's newest signature event, Sashay, Fillet!, an LGBTQ+-inclusive party that combines culinary creations from West Coast chefs with performances by some of Canada's top drag queens. Produced in partnership with Eat North, Eckersley described it as "RuPaul's Drag Race meets Top Chef Canada."

"We have some great media that always attends from the LGBTQ+ community and we know that Whistler is a very welcoming and inclusive place, and obviously all our events are very inclusive, but we thought, 'Let's really make people aware that we are an inclusive event in this somewhat polarizing world,'" she added.

Eckersley said "accessibility and inclusivity" form the basis of Watermark's approach to programming—all the more important if you want to welcome not just the out-of-town set, but the locals who may not have the finances or inclination to attend a stuffier culinary festival. The long-time event producer also gives her staff a long leash when it comes to coming up with programming; she said that, with almost every event on the docket, "there is a direct dotted line" to a Watermark staffer.

"Our team is very diverse," Eckersley noted. "We have health fanatics, we have winos. I'm personally very interested in Indigenous peoples and the history of Canada. It's our passions. If there's anything I've learned after two decades of event production, it's that things don't succeed without a passion behind them. We fire our passions—and we're not afraid to fail."

This year's festival sees an expanded slate of Indigenous-focused events, including the Spo7ez Table, an intimate First Nations feast at the Squamish Lil'wat Cultural Centre, the Indigenous World Wine Dinner at the Fairmont Chateau, and a luncheon prepared by award-winning Haudenosaunee/Tetlit Gwich'in chef Rich Francis, who has been recognized for his approach to First Nations food using pre-colonial ingredients.

Eckersley has plans to expand this focus even farther next year with a potential event similar to Night Market that would feature exclusively Indigenous foods. Some, including food writers south of the border, have pointed to Cornucopia's diverse lineup of proof of its progressiveness, but Eckersley views it as more a reflection on the ever-changing makeup and values of its host community.

"I still like to think that we're reflective of who we are in Whistler," she said. "Maybe we put it a little more on the forefront, but we're not reflecting anything that doesn't already exist in spades here in Whistler. That's fun for us to share that with the world, that that can all work."

This year's Cornucopia charity recipient is the Whistler Public Library, and, for the first time, the silent auction has moved online. Bids and donations can be made at cornucopiaauction.ca.

For tickets, and to view the full festival lineup, visit whistlercornucopia.com.