Whistler-based Peaked Pies is opening a third location in Burnaby

Go get your pies 'peaked' when the popular Whistler eatery debuts their newest Vancouver-area shop
Jun 23, 2020 3:00 PM By: Lindsay William-Ross 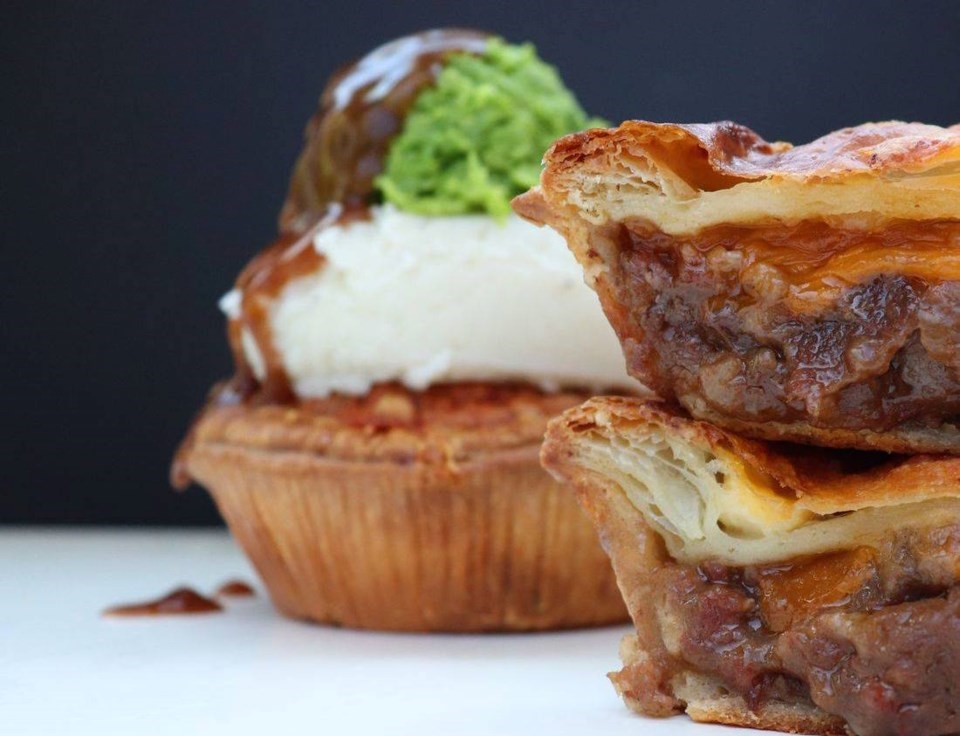 After months of anticipation, the third outpost of Whistler-founded Peaked Pies is set to open its doors.

Situated in Burnaby Heights, the Aussie pie shop has been at work on the restaurant since early fall 2019. Initially slated to debut at 4114 Hastings Street in early 2020, Peaked Pies' Burnaby location has endured some delays, but the end - the end of the pre-opening phase, that is - is near.

The Burnaby location of Peaked Pies will soft open officially on Wednesday, June 24.

Since the COVID-19 pandemic hit, it’s been a stressful time for business and life partners Kerri Jones and Alex Relf. There’s been trying to renovate and open a space when you have to limit the contractors doing the work to a different one each day. Then there’s the months of waiting for B.C. to reopen restaurants, all while your costs mounts without revenue coming in.

And then there’s also trying to save your other two locations that were closed down.

"The last couple months have been challenging to say the least. We’ve been delayed slightly but are in the home stretch," assured Peaked Pies about the Burnaby Heights restaurant at the end of May.

Peaked Pies began in 2013 in Whistler. Jones, an Aussie ex-pat, had fallen in love with both Whistler and Relf, who hails from Vancouver Island.

They launched Peaked Pies to showcase another Aussie export: Handmade savoury pies that could be served loaded with mashed potatoes, mushy green peas, and gravy, sitting in peak formation atop the main event.

The duo expanded their empire to Vancouver's West End shortly after, winning over locals with their menu of breakfast, lunch, dinner, and sweets. Pie fillings range from all-veggie or lentil meatless options to hearty concoctions like steak, bacon, and cheese or a "Traditional Aussie" with ground beef and onions. You can even get a pie filled with kangaroo meat. Among their sweet treats are an Aussie Lamington: a vanilla sponge cake, dipped in chocolate and rolled in coconut.

Also coming to the menu in Burnaby: Pour-over coffee and craft beer.

Jones is excited to be located in such a cool neighbourhood as the Heights – the centre of foodie culture in Burnaby.

“I had always heard of Cioffi’s and now to be located just down the block from such a legendary place is amazing,” Jones said.

You can follow @peakedpies on Instagram. Their Vancouver location is at 975 Denman Street and they're open for take-away; they stock frozen pies to heat up and enjoy at home there, too.

With files from Chris Campbell/Burnaby NOW

This article originally appeared here on June 16, 2020 and has since been updated with new information.