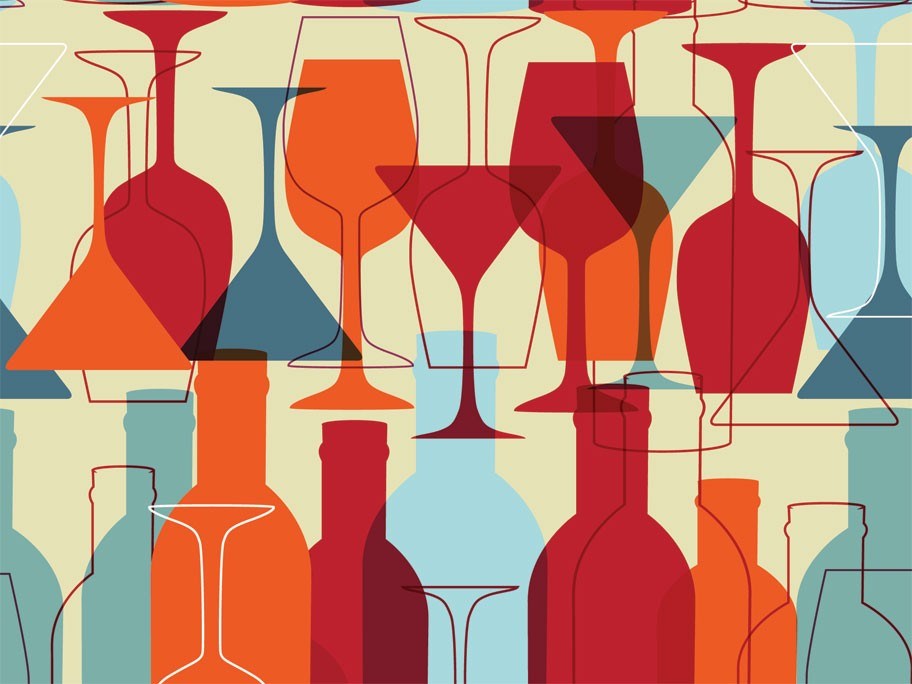 The waitress approaches the table with the bottle of wine and as she nears, it becomes clear something is different about this bottle. Something is a little off.

Just moments before the server spoke very highly of the wine — it apparently features a deep red that conjures up essence of blackberry with a hint of smoky bacon and honey flavouring.

It sounded intriguing enough. She left the table with an unexpected energetic burst, returning sooner than expected.

But it seems there must have been a mistake.

"Is this a paper bottle," asks the surprised diner?

The smile on the server's face grows to full volume as she tells the couple that this evening they shall go on faith that their wine choice is perfect.

"Yes, and I can reassure you that this bottle of wine is going to surprise you," she says.

This scene might well become reality more often in the future.

Landfills are filling up, glass is expensive to transport and we are a society that mostly likes to think it values sustainability. These factors and more are coming together to inject a shift in how we think about garbage.

Back in the 1970s a few wine producers realized that taking wine out of the bottle, and putting it into a bag, then putting the bag into a box made all kinds of sense.

Franzia wines made the move to the box in the '70s. The company claims to be the world's most cost and carbon efficient wine maker.

In 2003, Black Box wines debuted in the U.S. offering what it calls "super-premium, appellation-specific, vintage-dated wines in a box" and it is clear the company is more than surviving with 43,000 Facebook fans.

Hardys in Australia has been making wine since 1853 and this company offers its product in boxes.

French Rabbit Wines come in a tetra pack container. Unlike Hardys, this company only packages its product in boxes.

The American company, Bandit Wines, is also going all boxed all the time. Bandit is the brand produced by The Three Thieves, which offer Newman's Own Wines and The Show Wines.

These are examples of just a few producers using box packaging.

All the companies making the leap out of traditional glass containers are promoting most of the same benefits: easy to store, shatterproof, recyclable, rapid cooling, less expensive to transport and the fact that the package can be re-sealed for use over a period of as much as four weeks.

In May of 2010 the Institute of Vine and Wine Sciences in Bordeaux released the results of a study it did on various types of packaging. Researchers at the institute put red and white Bordeaux wine into different materials and stored the wine in a laboratory. Over the course of a year, they analyzed the wine.

According to a news release, the character of the white wines in bags and tetra packs was impacted. The tasters agreed that the white wines didn't taste as good as the wine stored in glass bottles and the red wines were starting to taste different.

The taste is, of course, the most important thing with wine. And there is something to be said about the aesthetics of a glass bottle — there's just something more appealing about holding and pouring wine from a glass container.

But that may change in the future....

"We had the greatest wine at dinner," says our fictional restaurant diner at a party the next night. "Our server tricked us into trying wine from a paper bottle. She told us to go on faith so we did and we were surprised at how good it was!"

The Fairmont Chateau Whistler made some changes just before the holiday season. Jennifer Tice from the Chateau reports the space we used to know as the Wine Room has a new name as of Dec. 15. The fine dining space is now called The Grill Room. Executive Chef Vincent Stufano continues to oversee the operation with Sommelier Benjamin Bureau staying on in the position he has held with the hotel for the last two years.

On Saturday (Jan. 14) Deseo Bistro made its debut. The Mexican restaurant kicked things off with an opening party in the space formerly known as The Beetroot Café. Owner Ramiro Madrid, who is originally from Mexico, said his new operation will maintain the same hours as before.

"We open at 7 in the morning for breakfast so we have breakfast, lunch and dinner," says Madrid.

He says Deseo means desire in Spanish. The new Mexican eatery is in the Marketplace just along from IGA.