More than 60 per cent of injury claims in the food-service industry involve kitchen workers
Sep 24, 2018 3:45 AM By: Brandon Barrett 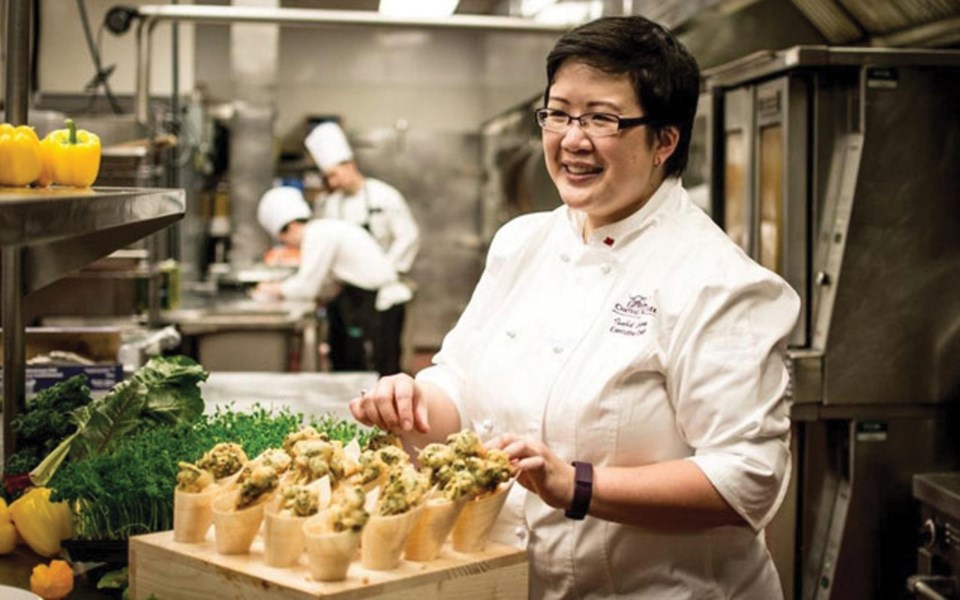 WorkSafeBC took a different approach to its most recent safety campaign, focused on the risks of working in kitchens.

"People get complacent and they start picking up bad habits and that's partly why we wanted to do something different by pulling in chefs like Isabel and the others ... who have been through this stuff for years and years and have things to share," explained Lisa Houle, manager of industry and labour services for WorkSafeBC.

"We're hoping that will resonate with people a bit differently. It's not just us as a regulator telling you how to do things. It's another way to provide people with industry intel from within. You learn better from people you look up to."

More than 60 per cent of injury claims in B.C.'s food-service industry involve kitchen staff, who regularly work with tools and equipment that risk injury if used improperly. And with approximately 97,000 British Columbians working in kitchens across a number of industries, the range of work and training can vary greatly.

"This is a really versatile (industry); it's not just restaurants we're talking about. School cafeterias, hospitals, logging camps, lodges, food trucks—there are kitchens everywhere and there are people working in kitchens in a number of places," Houle said. "Within that, you're going to have different amounts of training. Certainly high-end restaurants and hotels have fairly robust health and safety programs, and they probably have good training—a lot of them do. But your small mom-and-pop places or your other industrial kitchens, you might not have someone who is a fully trained chef there, for example."

Each video focuses on a different injury or piece of kitchen equipment, with segments on preventing cuts from knives and meat slicers, burns and scalds, how to use a deep fryer safely, as well as avoiding injuries from slips, trips, falls and heavy lifting.

"We hit the high notes on some of the more severe injuries that we see. Then we also have a lot of general safety information and information on lifting and slipping, because strains are actually very common in kitchen workers," said Houle.

With such a high rate of turnover in the industry, instilling good habits early in the kitchen is imperative, noted Houle.

"These skills are out there. I don't know of a lot of venues pulling them together. To some extent it's the basics. It's the knife cuts. There are things that are repeatable that you see in each kitchen," she said. "Given the elements at force in the industry—especially the high turnover and the fact that people don't stay in the same job very long—any kind of support we can provide to try and instil some of the basics is great.

"A lot of people learn this stuff in the kitchen through experience, so if there's a way we can cut that down so they already know it, (we should). Get high school students learning this stuff, learn it at home, so when you get your first job, you already know how to cut a tomato properly. You don't need to cut your finger really badly to learn."

To that end, Chung said it's important that young cooks aren't afraid to ask for guidance when they need it.

"Safety's always been a consideration in the kitchen. Sharp objects, hot objects, heavy objects that occur every single day," she said in one of the segments. "From a young person's point of view, or a young employee's point of view, if your employer won't listen to you, they're not worth working for."

The videos are intended as a free educational resource that will be made available in several languages. To watch them, visit worksafebc.com.