New guidebook takes hikers to trails around the Sea to Sky corridor, Southwestern B.C. and beyond
May 16, 2018 6:00 PM By: Alyssa Noel 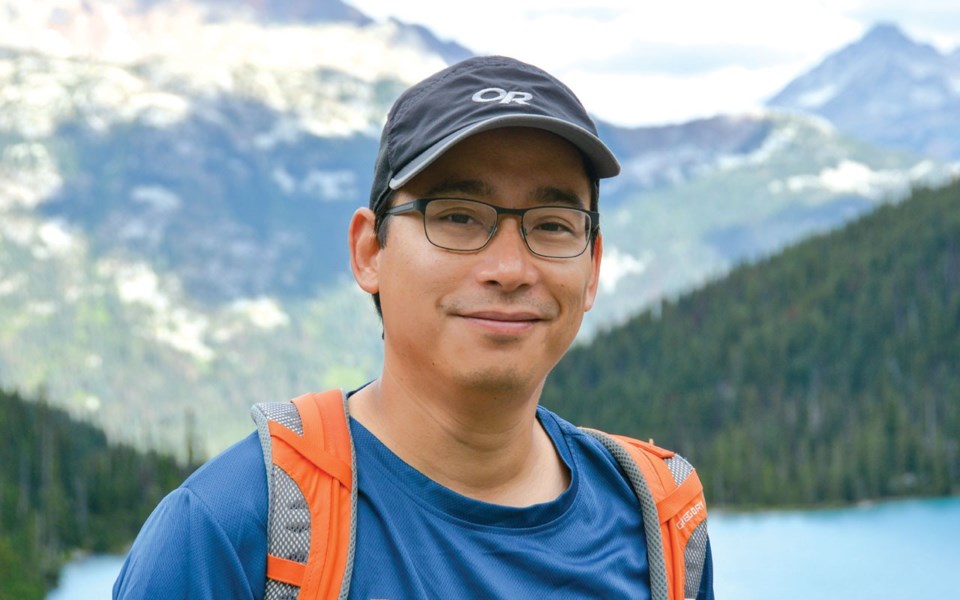 book it Stephen Hui's 105 Hikes In and Around Southwestern British Columbia is set to be released on May 26. photo submitted

When Stephen Hui was a kid growing up in Vancouver, one book served as his hiking bible: 103 Hikes in Southwestern British Columbia.

"It's the long-time-running classic guide for this region," Hui says, now a writer, editor and photographer. "I grew up with it in high school. I loved that book. I collected the different editions. A lot of people are devoted to chasing down the hikes in that book."

These days, Hui has shelves filled with guidebooks, but the classic 103 Hikes—written by Jack Bryceland and Mary and David Macaree—has taken on new significance. He's just written the follow-up called 105 Hikes In and Around Southwestern British Columbia.

"Greystone (Books, the publisher) brought me on to do a completely new book for the region in the same vein," Hui says. "So that's what I've done. I started from scratch. All the writing is new. I came up with my own list—there's some overlap, but a lot of it is new stuff in there."

By chance, around three years ago, Hui set out to write his own hiking book but shelved the idea after life got too busy. So, about a year later, when Greystone approached him about penning the updated version of 103 Hikes, he had already done a lot of the required legwork.

"When they said, 'Come in' I was ready and we blended our ideas to come up with this book ... In two years it would've been impossible (to get all the hikes) done," he adds.

The area covered ranges from the North Shore Mountains up to Lillooet, Coquitlam to Manning Provincial Park, Howe Sound up to the Sunshine Coast and around Victoria and from Bellingham, Wash. through the San Juan Islands and Mount Baker.

To that end, Hui expanded the area covered and also included a wider range of hikes in the book. "(I included) easier stuff that wouldn't have made it into the recent edition, up to different scrambles," he says. "I thought, 'It's been 10 years since the last one; a lot of people are excited about hiking now.' I thought I should make a new book for the new generation."

Hikes in the Sea to Sky corridor included in the book range from common treks like The Chief, Black Tusk and Panorama Ridge to lesser-known adventures like Conflict Lake, Camel Pass and Mount Price.

Hui had a few parameters when choosing what to include. "First of all, they had to interest me," he says. "I wasn't going to put a hike in because people liked it. I had to be interested enough in it. There is a rating system (in the book) based on reward for effort and scenic value."

The hikes are mostly all accessible by two-wheel drive vehicles and they're all doable as day hikes (though some would require long days). They also had to be "a long-weekend distance from Vancouver, something you could day-hike in a weekend," he says.

In the book, Hui, who has a day job working for an environmental organization, also outlines the ethical guidelines for hiking and includes information about the nature and history of the areas.

"It's not written as a guidebook just for tourists," he says. "There will be interesting tidbits about nature and history that will be new to locals too. I tried to include the local context about these hikes."

Local outdoorspeople question a book that leads more visitors to the corridor—considering how overrun with tourists places like Joffre Lakes and much of Garibaldi Provincial Park have become—but Hui says he doesn't believe that wild places are only for a select few.

"I do agree with the argument that if you don't let people know about wild places and they don't go there and experience it for themselves, they're not going to feel passionate about saving it," he says. "It's not always true, but it can really make you more passionate to be there."

105 Hikes In and Around Southwestern British Columbia is available in bookstores and online on May 26. For more, visit 105hikes.com.