A guide to the WSSF arts

Pique breaks down all the festival's artistic offerings so you don't miss a minute
Apr 10, 2013 9:00 PM By: Alyssa Noel 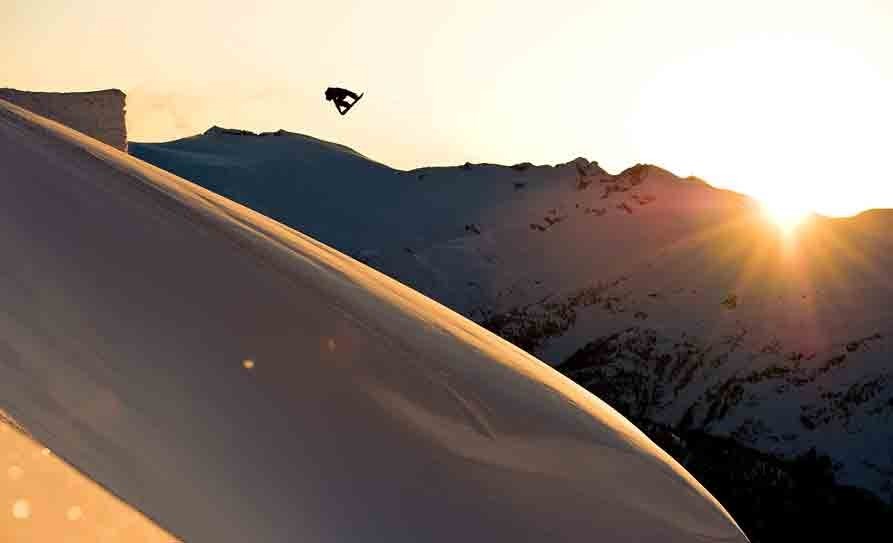 big air Darcy Bacha is one of the photographers who will compete in the Olympus Pro Photographer Showdown this year. Photo by Darcy Bacha, Submitted

It's hard to keep track of all the arts events squeezed into the 10-day World Ski and Snowboard Festival — even for those of us passionate about doing it.

Sure, there are the big-ticket shows like the Olympus Pro Photographer Showdown, which sells out in approximately 14 seconds every year (OK fine, it was seven days this time around), but there's also Fashion EXPOSED, the annual Chairlift Revue and even roller derby.

To help you navigate the whirlwind schedule,

Pique sorted through the fun to make sure you won't miss any of the arts and culture offerings.

What: Usually festival-goers have to wait until The End party on the festival's final night to dance into the early morning. This year, organizers decided the WSSF should kick off that way too. They invited ?estlove from The Roots (who might make nightly appearances in your living room as the house band on Late Night with Jimmy Fallon) to DJ, along with Whistler's own Mat the Alien and Vancouver electro-soul group Humans.

Vengeance in the Valley: Roller Derby

What: Roller Derby is definitely more sport than art, but it's so badass we're outright stealing it for this guide. Although Whistler's Black Diamond Betties team was formed back in 2011, this bout (that's the correct term for a game) marks their first time competing on home turf. The team will be taking on the Squamish Sea to Sky Sirens in this gripping, full-contact game that combines speed roller skating with blocking and checking. The event will take over the Whistler Conference Centre's Sea to Sky Ballroom where a flat track will be installed, along with plenty of spectator seating. Be sure to check it out! (see pg 56 fro more)

What: Hear that? That's the sound of the deadline for this guide whizzing by. Hopefully the filmmakers competing for $10,000 in cash and $5,000 in prizes as part of this showdown will fare better under the pressure of a tight timeline. Each team in this annual competition will be given — you guessed it — 72 hours to shoot, edit and produce a film all created within a 100-km radius of Whistler. The resulting three to five-minute clips will be screened for a sold-out crowd April 16 where the Best in Show will be chosen by a panel of judges. But there are still tickets available for the April 17 show, during which the crowd will choose the People's Choice award.

What: It would be nice if all the filmmakers in the 72 Hr. Filmmaker Showdown could win first place, but it wouldn't make for a very good competition. The middle ground? Second Cuts Filmmaker Screening, which will show all of the entries to the competition, including the finalists and winners who had their time in the spotlight during the showdown. Think of it as a movie marathon with a local twist.

What: The Pro Photographer Showdown has become a pillar of the arts events at the festival over the years and, as we mentioned, it's been sold out so long you might be able to barter a kidney for a ticket, but even that's pushing it.  The event pits five big name action sports and lifestyle photographers from around the world against each other by culling the best shots from their portfolio and putting them on display for enthusiastic crowds. Up for grabs: $10,000. Runners up also score $1,500 in an appearance fee.

What: This film competition has some rules. Teams have seven days to shoot and edit snow sports films that have to clock in between five and seven minutes. On top of that, they must include a skier and a snowboarder with 30 seconds of park footage and another 30 seconds of shots captured in Whistler Blackcomb. The rest of the scenes must be within 100-km of Whistler. Oh yeah, and 75 per cent of the film must be on snow, which might be extra tricky for this third installment of the competition with bare streets below the mountains, but come and see how the teams fare. Up for grabs is $15,000. Runners-up are also awarded $1,000 for all of their hard work.

Tickets: The event is free

What: Last year, Fashion EXPOSED helped you plan your wardrobe for the end of the world Dec. 21. (A priority that falls slightly behind stocking up on canned goods for your underground survival bunkers.) The world still turns unscathed by an apocalypse — and the need for sweet ski gear and swimwear lives on. This year, the fashion show has been moved to the main stage outdoors for a free event. Check out the catwalk action and stick around for some giveaways.

What: You might long to curl up in bed until summer at this point, but muster up your energy and hit this event because, as they say, you can sleep in May. DJing this final festival bash: The Funk Hunters, Luke Mckeehan and Neighbour.

What: This series of short plays all take place on a four-person chairlift with scripts written by some of Whistler's top writers. What kind of action can take place in the confines of a safety bar suspended high above the snowy mountain? Come find out.

Best of the Fest

What: Call it a second chance. This event packs in all the winners from the three major competitions, including the Pro Photographer and Filmmaker Showdowns and Intersection. And if you already saw them the first time around check 'em out again because all the proceeds go to Playground Builders, a charity that builds safe places for kids in war-torn countries to play.