A life of questions answered in new book 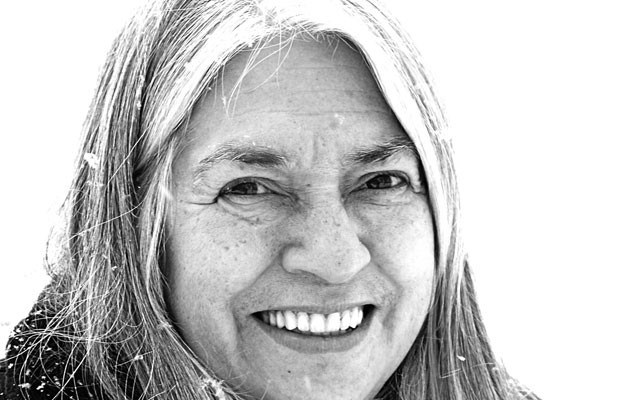 In 13 thoughtful chapters, Indigenous author, activist and teacher Lee Maracle deconstructs over 40 years of interactions with the settler mentality in My Conversation With Canadians.

The book grew out of questions Maracle was asked over the course of her long public speaking career, the first one coming while on her first book tour at the age of 26.

Often, they were meant to be rhetorical, sometimes an attempt at sincerely wanting clarification in the face of ignorance.

"I had been thinking about it for a while. Some of the questions weren't yet answered," Maracle, now 67, explains.

"People ask all kinds of things, but they don't usually ask a question about writing, it's always a political question. Some are easy to answer, some not so much, but they stayed with me."

Appropriation is one concept explored by Maracle in My Conversation with Canadians, as is colonialism, and empathy.

"One question (many years ago), came from a guy who asked, 'What are you going to do with us white people, drive us into the sea?'" she recalls. "I wanted to wonder why he was so afraid."

She laughs and says: "I looked at him for a long time and said, 'Thank you for thinking we could!' It was a pretty ridiculous question. Driving white men into the sea — like, OK."

Asked if she saw the book as laying down her sense of truth, Maracle says that "truth" is not a word she cares for.

"I can tell you exactly what I think and what I saw. I don't know if it's the truth or not. I think that 'truth' is made up of everybody's picture."

Maracle, a professor at the University of Toronto who grew up in North Vancouver, is coming to the Whistler Writers Festival, which takes place from Oct. 12 to 15.

When writing the book, Maracle says her approach to it was to respond in the moment, a very traditional way of reacting.

"That is how our stories go," she says.

"In our storytelling traditions, our kids are encouraged to interject their thoughts out loud. The storyteller then has to take the story in that direction, that is part of our sense of courtesy, that people are interrupting us!

"In your society, it would mean you are being rude, but in ours the courtesy is to interrupt. It means they are really listening."

A trailblazer for confronting the questions in the national lexicon today about the treatment of First Nations, she is pleased that so many young Indigenous writers, thinkers and activists are confidently going forward with these questions.

"Oh yeah. It's terrific, like I went forth and multiplied," she says.

"I think part of it is the way that I wrote things. I'm very terse and I leave a lot of room for people to wonder and to think themselves."

Maracle is taking part in an in-conversation event moderated by Globe and Mail journalist and author Doug Saunders on Sunday, Oct. 15, at 11 a.m. at the Fairmont Chateau Whistler. Tickets are $40, includes brunch, and can be purchased at www.whistlerwritersfest.com.