A novel built from a difficult personal story 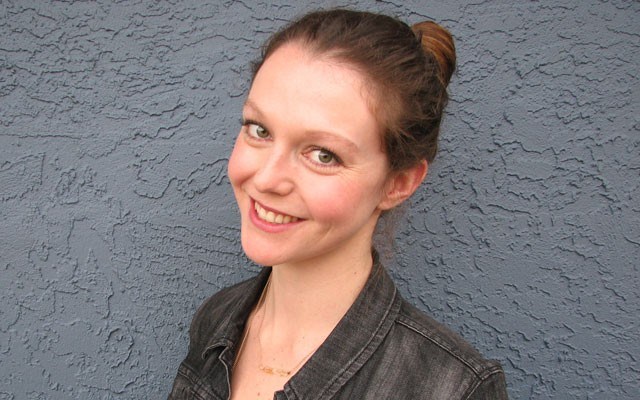 Vancouver novelist Chelsea Rooney believes in the power of personal experience in writing.

"I think lived experience is the only expertise there is," the 31-year-old Nova Scotia native says.

Her first novel, Pedal, is a testament to this approach.

Rooney took a very difficult personal story and fictionalized it. As a result, Pedal has been lauded widely, with novelist Steven Galloway calling her a "major talent" and The Globe and Mail describing the novel as a "valuable book that ignites debate."

The novel is a finalist for the Amazon First Novel Award, the winner of which will be announced in May.

Pedal tells the story of a psychology graduate student, Julia, who is researching childhood sexual abuse. When her boyfriend and her graduate supervisor dump her the same day, she decides to cross the country by bike, going to Nova Scotia to seek out her father, who had molested her.

"I've been very open about the fact that it's my own personal experience," Rooney says. "As somebody who did experience abuse I would not want to read a book by a person who hadn't experienced abuse. I feel like in order for my readers to trust me, and to consider what I am saying, they need to know that this is something I lived through."

Rooney, a graduate of the Creative Writing BFA and MFA at the University of British Columbia, is reading from Pedal at a Whistler Reads evening at the Nita Lake Lodge on Thursday, April 30, at 7 p.m. Tickets are $15.

The author says Julia is a confused young woman who is trying to figure out what she thinks about the kind of abuse she experienced.

Was Rooney able to square the creative exploration of her first novel with a very difficult personal history?

"It was pretty life changing. I wrote Pedal against my better intention. I did not want to write Pedal," she says. "When I was doing my MFA at UBC, I was pursuing a thesis in non-fiction and the trip I took across the country was going to be research for a non-fiction book about sustainable farming in Canada.

But it was taking much longer than it should have.

"My thesis adviser eventually suggested that I try a different project because I was taking too long to graduate. Finally, I decided to write this novel that was on my mind, but I always avoided writing because I didn't want to write about abuse."

So Rooney took the plunge and put the novel together. Her thesis advisor loved it. He gave it to his agent, who also loved it and signed her.

"It was unexpected and surprising. It took a lot of inner contemplation in order for me to get to a place where I could talk about it," she says.

"My own life has changed significantly since I wrote Pedal, and for the better."

It's not bravery to face this situation, Rooney says, but rather something she could no longer put off exploring.

"There is a distinction between bravery and compulsion. A lot of interviewers have said it was brave and I've never related to that adjective. It was totally necessary," Rooney says.

Tickets for the reading can be purchased at www.bookbuffet.com or at the door prior to the reading.