About the Moose returns to Maury Young Arts Centre 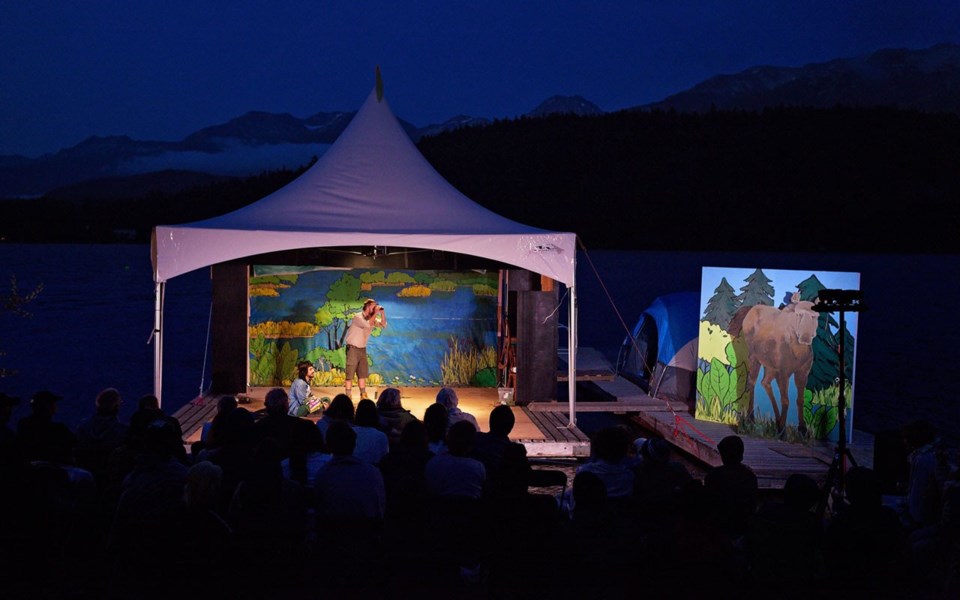 About the Moose runs at the Maury Young Arts Centre on Nov. 15 and 16. Photo by Yulia Gladysheva Photography

Did you miss the annual Flag Stop Theatre & Arts Festival that took place at The Point Artist-Run Centre back in August?

Well, lucky for you, there's one more chance to catch the event's theatre production, About the Moose, as well as a musical performance by C.R. Avery and a dance show by Pemberton's Gruff Dance Theatre.

The play, which creatively weaves two historical Whistler moments into one hilarious fictional performance, will run both Nov. 15 and 16 at the Maury Young Arts Centre with East Vancouver musician C.R. Avery performing the first night and the Gruff Goat Dancers taking the stage on the second night.

While the play was also performed in Gibsons and Powell River this summer, "this will be the Whistler dry-land premier," playwright Stephen Vogler, jokes in a press release.

The story is about a cross-bearing pilgrim who wandered through town back in the '80s, and a moose that showed up in Whistler 40 years later and caused a bit of chaos. At its core, though, it's a "witty satire on bureaucracy and wildlife management that is both moving and drop-dead funny," the release summarizes.

Tickets for each night are $20 available at thepointartists.com/events.html or artswhistler.com/event/about-the-moose.

The Heavy Hitting HorrorFest wrapped up for another year on Oct. 30, but not without handing out a few film awards first.

Rookie of the Year, meanwhile, went to Dick Hunter actress Jessica Simpson. That film also earned Best Death Scene for its "bear trap castration" scene (did we mention the festival is very much 19-plus?).

Rounding out the categories were Wild Love (France) for Best International Film; Miles Wilkinson earning a Lifetime Achievement Award; and local Conrad Schapansky in the film 1 Piece taking the Erin Solowey 'Manimal' Award for Most Fearless Performance in the film.

The International Freesports Film Festival (iF3) is set to return at the Longhorn Saloon on Nov. 8 and 9.

Wrapping up that day, The Collective by Faction will be screening at the Maury Young Arts Centre at 7 p.m.

Then, on Saturday, another free series featuring all ski films will screen from 3 to 6 p.m. at the Longhorn Saloon followed by an evening screening (with admission) from 7:30 to 10:30 p.m.

To cap of the festival, catch TGR's Roadless premiere at the Maury Young Arts Centre at 7 p.m.