Allison Crowe has the Christmas spirit 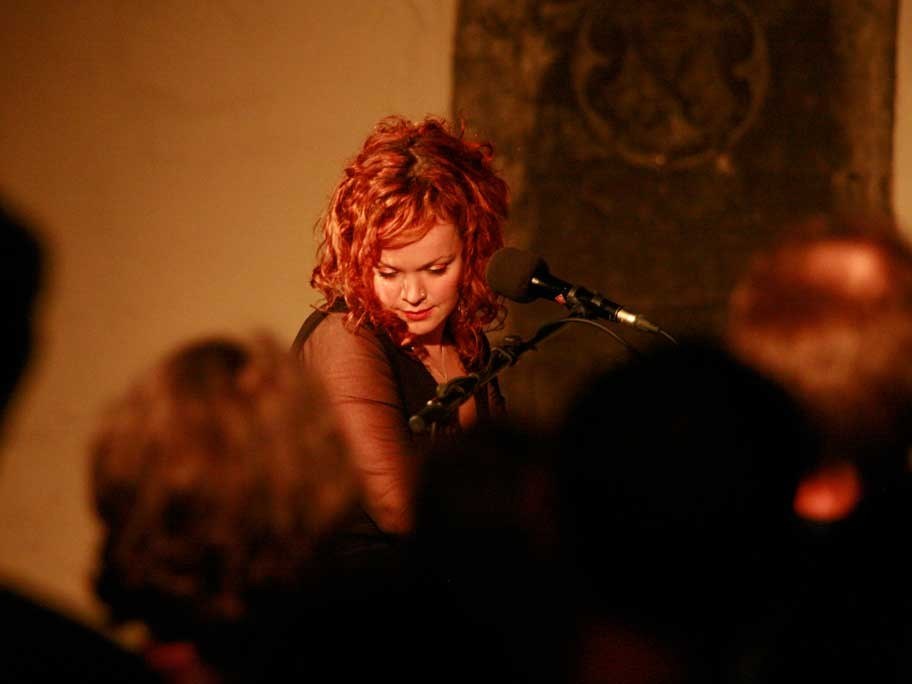 Allison Crowe is a bit young but she might as well be Mother Christmas. In case you've never noticed, she loves Christmas carols.

For the past eight years, she's taken her Tidings concert tour across Canada, performing classic carols alongside secular pop classics like "Let It Be" and "Hallelujah."

And while Crowe's covers of pop hits will certainly raise some goosebumps (I mean, have you heard her sing "Hallelujah"?), the show is really about the carols.

"I've always liked Christmas, ever since I was little," she says. "I think it's really fun and I really like it when people can sing along. There's that sort of aspect to it and it seems at this time of year, people are really looking to have fun and be with each other and it's just really nice."

But you know what else is nice? Crowe's voice. It's as much a manifestation of Christmas spirit today as Bing Crosby's was in 1942. It's as warm as an open fire; as gorgeous as snow-frosted evergreens; as tender as that hug you give your mother on Christmas day.

Her Christmas concerts celebrate the Dickensian aspects of Christmas — the human aspects of family and togetherness. The songs she plays, carols and pop hits alike, are songs of joy, and she's going to spread it.

The B.C.-born, Newfoundland-based singer-songwriter has been recording and performing since she was 15. Her eight albums (including the recorded version of Tidings) run the gamut of 20th century music history — on her website, she lists herself as "rock-gospel, jazz-grunge, classical-blues, folk-soul." She's spent her 30th year playing shows and writing music. She'll start work on a new album in the New Year, once the Tidings tour has finished.

Crowe's influenced by Ani DiFranco, Eddie Vedder and Tori Amos in equal measure and like those musicians, she plays music for music's sake. All her albums have been released under Creative Commons licensing, which means everyone from ad agencies to coffee shop musicians can use her music without getting tangled in the licensing issues associated with major labels.

"It's sort of a great way to share your music in a more personal way," she says. "It gives a more personalized way of licensing your stuff. It gives me a lot more freedom and it gives a lot of freedom to other people."

She says that this more "personal, human" way of releasing music established a deeper relationship with her fans, where they're given the choice to support her directly as an artist. As a result, fans still buy her albums both online and at her shows.

"If you give people the option, they will support you," she says.

And there you have it. The woman oozes Christmas spirit, even in her day-to-day musings. It's no wonder crowds have been bound together at her holiday shows for the past eight years. Heck, it's no wonder she's been doing these shows for eight years. It's time to submit a petition to our local MPs demanding that Allison Crowe become Canada's official spokesperson for Christmas.