Photos by longtime Whistler artist featured in Stranded, his solo Vancouver show, running June 4-26
May 27, 2021 9:00 AM By: Alyssa Noel 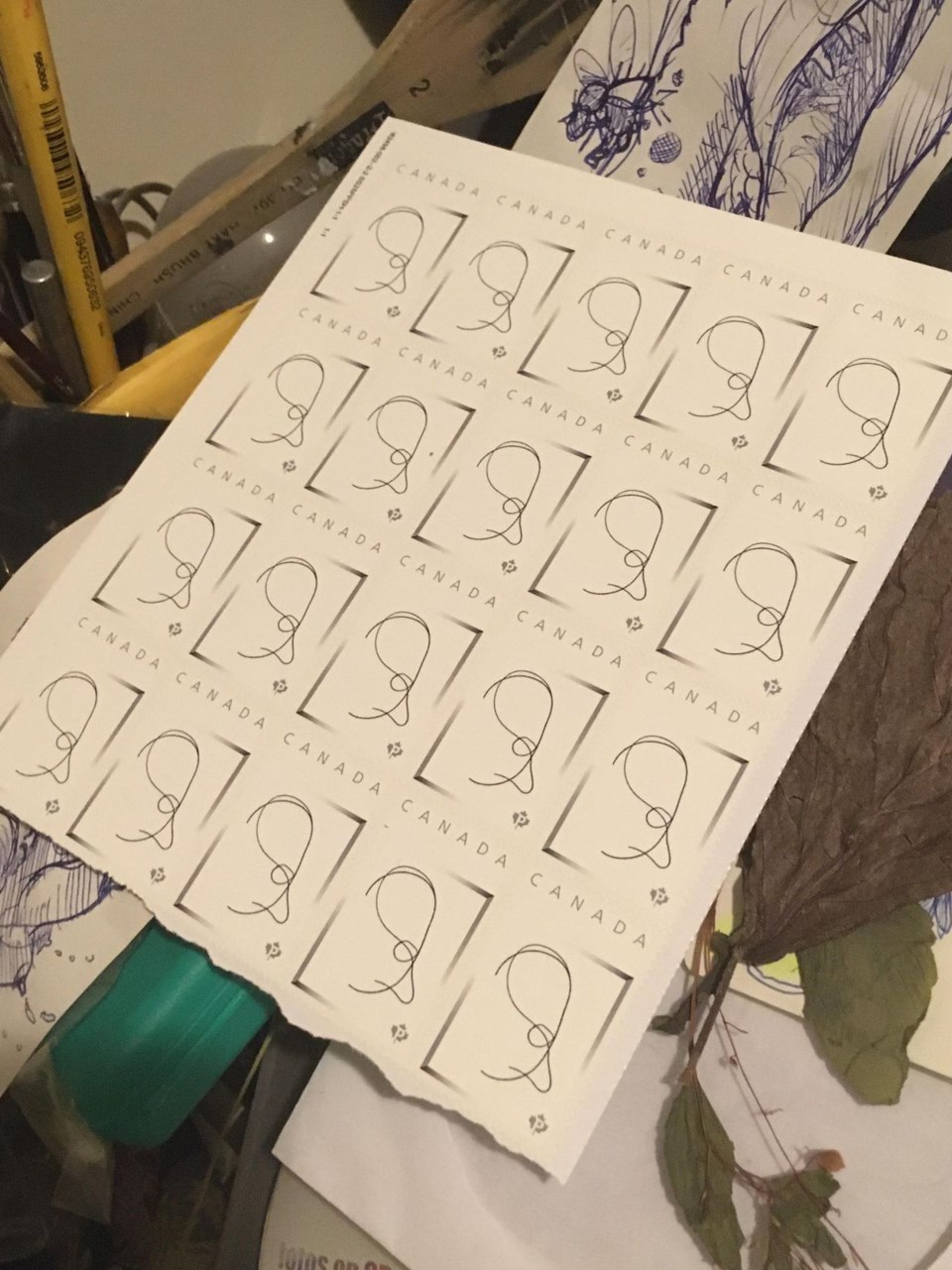 Arne Gutmann has always been able to spot art in the ordinary.

From his infamous Poo Font to the pattern created by discarded gum on a Toronto sidewalk, the longtime Whistler artist says it’s all a matter of perspective.

“The most important thing is to not negate the obvious,” he says. “People might say my art is banal or trite—and I say, ‘Maybe so’—but even detritus is art. Anything is art, really.”

Most recently, he’s found art on the walls of his shower.

“I’d go into the bath or shower after the missus did and I just saw it,” Gutmann says. “I saw it and I was like, ‘It looks like a Rorschach test. One day, lo and behold, the face came up.”

More specifically, three-and-a-half years ago, Gutmann walked into the bathroom after his wife had finished showering and noticed long strands of hair left on the shower walls in compelling designs.

So, he started photographing it.

While he kept up the project, amassing hundreds of images, he didn’t have any plans for it—until the pandemic hit.

“I realized a couple months in, I was slow on the art,” he says. “I thought, ‘Why am I slow? I have so much time to work on things and projects.’ Then I was like, ‘Well, why don’t I turn this into a show? The galleries are open and no one is stupid enough to have a solo show right now! I might as well.’”

That’s when he reached out to Beaumont Studios in Vancouver, which houses both artist studios and the B1 Gallery. As soon as he pitched the concept, the curator was onboard.

“Right away, she was like, ‘Yeah, cool.’ She came up with the name Stranded,” he says. “I was talking to [Whistler artist] Pepe the other day and I was like, ‘Dude, I couldn’t have come up with a better name.’ She’s obviously had some unusual proposals in the past.”

Gutmann sorted through hundreds of photos, whittling the selection down to the most compelling.

“I wanted something visually recognizable or relatable,” he says. “Something strong enough that it stood out on its own. I wanted a design or pattern to stand on its own and have a bit of a feeling or power to it.”

To that end, Stranded will feature 15 pieces, most measuring 61 centimetres by 91 centimetres, in white frames.

“I’m finishing framing and everything this week and it’s so stark with its minimalism, it’s going to be so appealing,” he says. “If you don’t read the placard or bio or information, you wouldn’t have a clue; you’d think it’s a squiggle.”

The show will also include a few smaller 10-cm-by-15-cm frames featuring official Canadian stamps with Gutmann’s art on them. (Turns out, anyone can head to canadapost.ca and create their own stamps—who knew!)

At press time, the protocol for seeing the show during its month-long run from June 4 to 26 was for one group or household to book a 30-minute timeslot by appointment.

While new health orders could change that, Gutmann is just happy to have his first solo show in the space—and all the perks that come with that.

“It’s the first time ever someone else gets to hang my art,” he says. “That’s a headache. That’s one of the worst parts—framing and hanging.”

For more, or to book your visit, head to Facebook and search Stranded—New works by Arne Gutmann.