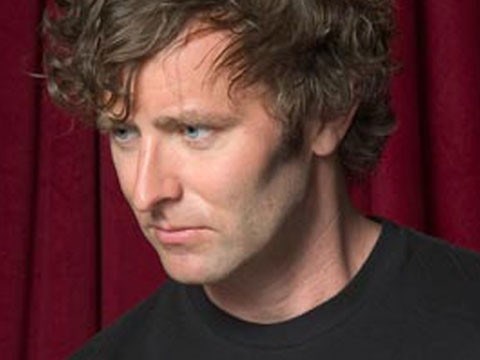 This weekend, the Best of Banff is right here in Whistler, as the 20th annual Banff Mountain Film Festival World Tour arrives on Friday, Feb. 18 and Saturday, Feb. 19.

Produced by Mountain Culture at The Banff Centre, the Banff Mountain Festival World Tour features an assortment of award-winning films and audience favourites from over 300 films entered in the annual event. Right after the festival wraps in November, a select few of the best films head out on tour across Canada, the United States, and farther abroad, travelling to 30 countries and reaching more than 210,000 people at over 550 screenings in the process.

"Back in the '90s, when a lot of people were getting into climbing and mountaineering and outdoor stuff, and generally over the nights we were getting over 1,500 people turning out," recalled Jayson Faulkner, owner of Escape Route.

While attendance numbers might not be quite as high anymore, it's still a very popular touring festival. The Escape Route is hosting the Whistler leg of the World Tour, and they have selected a program that reflects the interests of the local audience from a selection of films on exploration and adventure, culture and environment, and mountain sports.

"It offers an opportunity to see a collection of films that are really about very focused mountain culture and mountain sports, and hopefully they're films that you wouldn't normally get to see everywhere as a collection."

This year's selected films feature a vast range of mountain pursuits, drama and excitement that are sure to leave mountain culture enthusiasts eager to continue exploring.

On the first evening, "Fly or Die," "Eastern Rises," "Chimæra," and "The Asgard Project" are being screening, and the following evening, "Dream Result," "AZADI: Freedom," "The Swiss Machine," "A Life Ascending," and "Kranked Kids - Just down the Road" are on-deck.

"'Fly or Die' is a pretty interesting film with Dean Potter," Faulkner added, "It's going to be a very interesting film just because it's a rather new way of going at the world as far as climbing goes, he's soloing without ropes, and if he does fall off, he base jumps, which is wild!"

"The flying fishing film, 'Eastern Rises,' that got best film on mountain sports, which is interesting because fly fishing is pretty passive when compared to the other things that are there."

Tickets to the Whistler screenings are $16.50 per night in advance, or $20 at the door (the programming on each night is different, so you really should check out both!), doors open at 7:30 p.m., and the films start at 8 p.m. For more information, visit http://en.escaperoute.ca/events/banffworldtour.aspx.

A look into the lives of our "working poor"

Whistler's Late & Unique Nighttime Alternatives (LUNA) group is holding the third screening in their 2010/2011 winter film series, dubbed Cinema Politica, on Friday, Feb. 18. While the first two films of the season focused on issues of marijuana and water security, this third film touches on a topic that is also near and dear to many Whistler residents: poverty.

In the wake of the recent recession, Bert Deveaux's "Poor No More" examines the state of poverty in Canada and takes things a step further, offering up some solutions to our country's "working poor." The film takes a journey with three Canadians to a world where people don't have to beg, housing is affordable, and a post-secondary education is free.

Hosted by TV and film star Mary Walsh, "Poor No More" offers an inside perspective on Canadians who are stuck in low paying jobs with no security and no future. Then, they venture to Ireland and Sweden to examine how these two countries have tackled poverty while still strengthening their economies.

After the film, Jonathan Warner, Economics tutor at Quest University, will lead a discussion with the audience.

Cinema Politica is a grassroots documentary-screening network that aims to promote, disseminate and exhibit political cinema by independent artists with an emphasis on films that tell stories underrepresented by mainstream media. Whistler's Cinema Politica screenings take place on the third Friday of each month from December to April at Lost Lake PassivHaus. Admission is by donation, and the screenings are open to everyone. Doors open at 6:30 p.m. and films begin at 7 p.m. with discussion to follow.  For more information, visit www.lunawhistler.com.

In the wake of the alleged slaughter of almost 100 sled dogs, Whistler residents have rallied, holding funeral marches and more in memory of the innocent animals. Now, one local resident is working on plans to create a permanent memorial to those lives, and he's looking for help from local artists and business people.

Darren Ward, a 23-year-old Whistler resident, was "disgusted" and "angry" when he first heard about the deaths, but after reading the compensation claim form, found that anger transformed into a deep sadness.

"I can't believe what these dogs went through," he wrote in a recent email to Pique , "All that pain, torture and suffering. It pains me to imagine it and I feel very strongly that I want to do something for them."

Ward is hoping to create a memorial, potentially at a site on Cougar Mountain or the Soo Valley, and is looking for input from local artists who might be interested in contributing to the project, or local businesses or individuals who would be interested in sponsoring the endeavour. Anyone interested in getting involved should contact Ward at skotwrok@gmail.com.