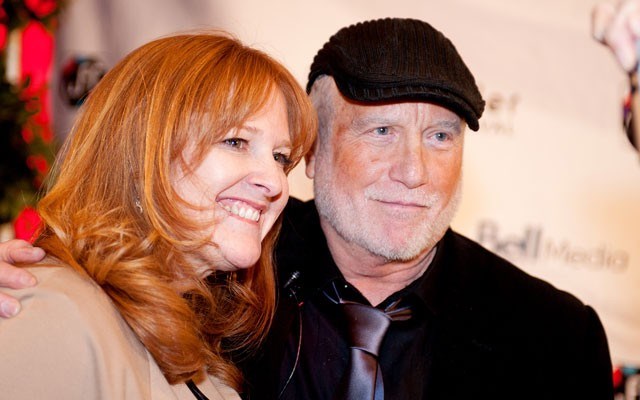 The Whistler Film Festival (WFF) may still be 10 months away, but organizers have two upcoming fundraising events to keep movies on the minds of everyone.

The festival's après celebration Spring Fling — A Taste of Whistler "fun" raiser takes place at the Hilton Whistler Hotel on April 5 from 4 p.m. to 6:30 p.m.

Guests will sample from a collection of local and international wines with appetizers provided by some of Whistler's best restaurants.

The WFF's executive director Shauna Hardy Mishaw said the proceeds raised would support their annual programs for Canadian artists, including the festival and industry initiatives, as well as the new digital camera system to be installed in the refurbished Rainbow Theatre. Tickets are $50.

The WFF is also holding its first Oscar Party at the FireSide Lounge in the Westin Whistler on March 2 from 4 p.m. to 8 p.m.  Tickets are $25. Two films that showed at WFF13 are up for Oscars, Dallas Buyers Club and Prisoners.

Tickets for both events are available at whistlerfilmfestival.com.

As well, 24 films shown at WFF's 13th annual event in December are contenders for the Canadian Film Awards, which take place in Toronto on March 9.

And one of Variety magazine's Screenwriters to Watch, featured at WFF 12, Ken Scott, along with writing partner Michael Dowse, were nominated for best screenplay for The Grand Seduction.

The World Ski and Snowboard Festival has announced its entertainment and arts line-up.

The festival, which takes place from April 11 to 20, is the largest annual winter sports and music festival in North America.

Non-ticketed events include the State of the Art gallery in the Grand Foyer of the Whistler Conference Centre, free daily shows at the Outdoor Concert Series at the Main Stage in Skier's Plaza, the Bud Light Après Series and Bud Light Freeride Club Series, along with ski and snowboard events taking place on Whistler Blackcomb.

Tickets are on sale for all events and can be purchased at www.wssf.com.

Home Is Where the Art Is opens at Millennium Place

What "home" means is reflected, reinterpreted and reinvented in a new visual arts show at Millennium Place, which opens Friday, Feb. 14.

Home Is Where the Art Is explores what home is in a psychological, as well as physical sense. People, animals, places and abstract images are drawn on for the pieces on display.

"The connection to home isn't obvious in any of the works and that's the point," said Mueller in a release. "The idea of home shouldn't be easy because it is different for everyone."

The show is free and runs at the Scotia Creek Gallery until March 28.

The Chairlift Revue, the theatre show now in its eighth year, is featured on the last night of the World Ski and Snowboard Festival (WSSF) on April 20.

Some of Whistler's best writers lend their insight and humour to this stage event tackling sticky and pertinent subjects on a four-person chairlift with an essential working safety bar to keep them safe.

Organizer Michel Beaudry said in an email: "You're not going to make any money, there won't be any sizzling write-ups in the Vancouver papers, and chances are you're going to have to work your tail off to make this thing happen. But just think of the all the wild fun you're going to have!"

Eve Ensler's Vagina Monologues is being put on by students at Quest University for V-Day, Feb. 15 and 16.

The popular play that presents real-life stories of women who experienced and survived physical and sexual violence was first put on as a one-woman show by Ensler in the 1990s and has been shown around the world.

The university has put on the play for the last six years.

V-Day is an annual day when The Vagina Monologues is performed, which normally coincides with Valentine's Day. It has raised millions of dollars worldwide.

Organizer Elise Scribner says the Quest production will benefit the Howe Sound Women's Centre and for V-Day, Ensler's charity that runs programs to fight violence against women and girls.

Along with the show, there is also a silent auction.

"We're trying to make it even bigger this year so we can raise more money," Scribner says.

The production starts at 7 p.m. both days, is open to all, with tickets available at the door. Admission is by donation.

Steve and Mike at The Pony

The pair has formed "Steve & Mike" and are launching  their blues, country and folk stylings with a series of performances at The Pony Restaurant in Pemberton on Feb. 14, 21 and 28.

"We both played with others and crossed paths a million times. We first met in Whistler's The Ski Boot jam sessions back in the mid-90s," St. Arnaud says. "We both got invited to a jam again a few months ago... and realized we were missing it and both into it. We're showcasing that we're a cool little duo and we play cool music."