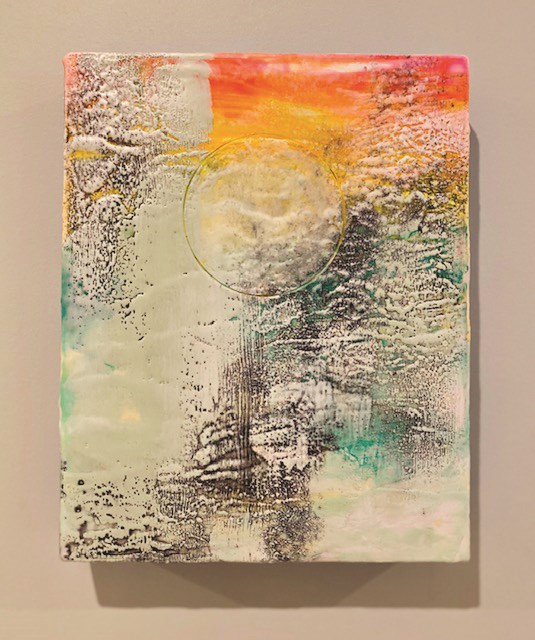 Last year, Kylie T Millar had a piece featured in the unconventional Arts Whistler exhibit, Off The Wall.

As the name hints, it featured pieces of art plucked from the walls of Arts Whistler staff members.

“What I found the most interesting about the show was their opinion about the artwork and the stories that they were told about those works,” Millar says. “Whether it was how they found it or stories from the artists, I was just thinking about how much more context really does help a viewer, especially one that isn’t trained in art history. When you can listen to somebody speak about it, it creates more of a connection for the audience. I really liked that idea.”

It turned out, Imogen Osborne, programs and events coordinator with Arts Whistler, brought in one of Millar’s pieces for the show and her description of it was different from what Millar intended but “I was intrigued by it. I thought it was so great,” she says.

That inspiration—coupled with the widespread, ongoing Inktober challenge in which artists are given a word to spark a drawing each day in October—gave her an idea for a show to pitch to Arts Whistler.

“I wanted to combine those two ideas—someone thinking of a word, working in their own medium, and showing how they interpret it [in a] piece. And then bringing some context to that as well to show how it evolved throughout the process,” Millar says.

Arts Whistler liked the idea of giving artists words to interpret in their work.

But then a global pandemic happened—and that got them re-thinking what words to choose.

“We didn’t want to mention specific events,” says Osborne. “We just wanted people to think about their own experiences of 2020 in relation to the question: what inspires you to evolve and move forward?”

As part of preparing for the exhibit, Think-It-Over, which opens at The Gallery at the Maury Young Arts Centre, on Oct. 29, Arts Whistler sent out a survey to pose that question to the community and find out what one-word answers they would respond with.

The results were wide ranging, including “potential,” “resilience,” “justice,” “intimacy,” “humility,” and “learning.”

“Now, the artists are creating pieces with that question and the words at the same time,” Osborne says.

Four artists—Millar, Jessica Soparlo, Catherine Mitchell Roy, and Alli van Gruen—have created a piece for each word, while additional artists from the community have submitted a smaller selection.

“I think it’s a little broader than just the pandemic,” Osborne says. “There have been a lot of different things happen in 2020. We wanted it to be a broad cross-section of the experiences of the four featured artists and the community artists without nailing down their thinking to one particular thing.”

Millar, who lives in Pemberton and is best known for her unique encaustic wax art, said her submissions started out as word maps.

“I’m still putting the final touches on my works,” she says. “Some of [the words] I had immediate connections to and some I didn’t. That’s exactly what I wanted. I didn’t want it to be easy. I wanted it to be a challenge.”

Another challenge is hosting an exhibit during a pandemic. Arts Whistler already has one show under its belt, so safety protocols are sorted out, Osborne says. However, they’ve had to reinvent how to celebrate a show’s opening.

“There isn’t going to be an opening party, but we do have some cool virtual things happening online,” she says. “We’ll have a virtual tour like the Anonymous Art Show, we’ve done some spotlight blogs on all the featured artists that we’ll be releasing throughout the first four weeks of the exhibit on Thursday, and a few other things in the works we’re almost ready to announce.”

To keep on top of those announcements, head to artswhistler.com/event/exhibit-think-it-over. The show runs until Dec. 13.