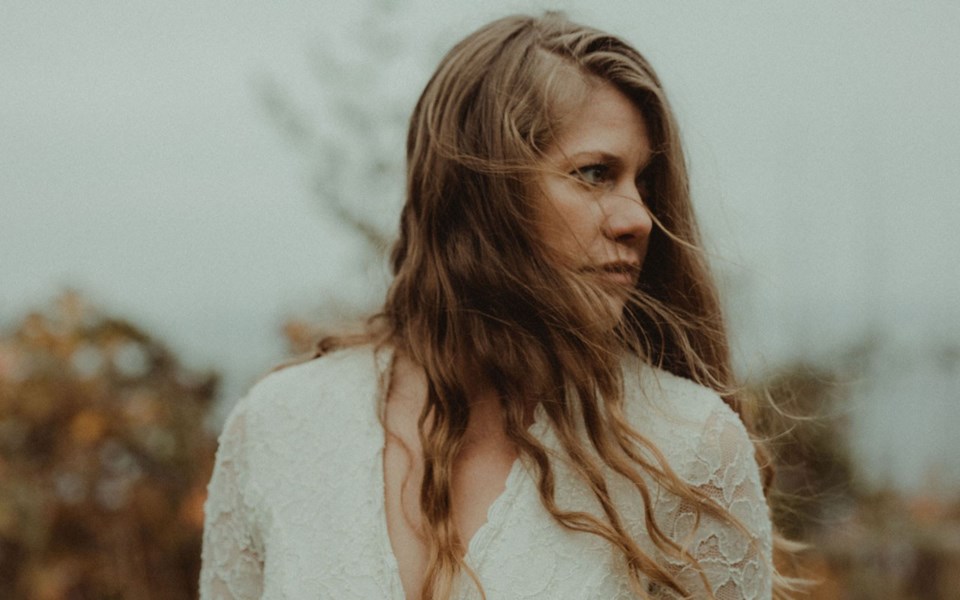 In 2016, Whistler musician Aude Ray did the scariest thing she's ever done and quit her job.

She had been teaching music at a local school for a few years, but she longed to focus on her own projects.

"It really felt like I was a sailor in the really rough sea and the only way I could see my path was through the stars," she says. "I felt like an explorer being guided by the light."

It wasn't until she faced the deaths of two friends in close proximity that she found the courage to chase her dreams. "I really felt like life is so fragile. I have to do this. I was inspired by them, their lives, to leave my day job," she says.

After taking the plunge, she quickly set to work writing By My Home, her second full-length record, and began to tour it extensively—from California to her home province of Quebec and even on a train tour of Canada.

"That tour from that album brought me to reconnect with an old friend of mine," she says. "We were touring together before I moved out West in 2003 and we always had an amazing connection, so we decided to write an album together."

That friend was Montreal-based musician and producer Jean-Frédéric Lizotte. Together, they worked on the album's nine tracks (this time, they're all in English) with Aude Ray putting words to their musical collaborations. "To work with someone else this time made the music take so many different colours, but each song has a little taste," she says. "They're all so unique. You go from country to pop to more soul, R&B, but they're all folk, so they work together. That's why it's called Dreamcatcher."

The album—her third—was recorded in Montreal, meaning she's been spending time with a foot in two worlds lately. "I feel so lucky to have chosen to live out West, but I'm finding the importance of reconnecting with my roots in Quebec," she adds. "I'm loving spending time with my family and the Quebecois culture. For me, right now, it's nice to have a foot in Montreal and a foot in Whistler."

With the album officially out on May 29, however, she's preparing for a busy summer of performing in B.C. with her band of Sea to Sky musicians, including Marcus Ramsay on guitar, Radim Kopitz on violin, Rajan Das on bass and Andrew Crome as drummer.

"I'm really excited to play with these guys. They make me so happy. I'm so glad to make music with my Whistler band. It really feels like I'm back home," she says. "We're having a lot of fun and we can't wait to share all these songs and good times with Whistler."

Next up, she's playing a show in Squamish on Canada Day. That's followed by a gig at the Pemberton Farmers' Market on July 9 and then a show as part of the Flag Stop Theatre Festival on July 11.

The big album launch party, however, will take place at The Point Artist-Run Centre on Aug. 28. "That's the official Dreamcatcher show in Whistler," she adds. "Then I'll go back to Montreal for the fall and play more shows there. Then we'll see."

While leaving the comfort of a steady job might have been nerve-wracking, Aude Ray says each opportunity has fortuitously led to the next.

"I was really lost, but I did this and followed my heart," she says. "I'm really proud of myself and my achievements. It's a really beautiful time to be alive right now. We have to take care of each other, take care of our friends, listen to good music, and go to live concerts."

Dreamcatcher is available now on iTunes, Spotify, Bandcamp, Amazon and YouTube. You can also connect with Aude Ray at her shows for a CD. To see all of her summer dates, visit auderay.com.