Bailing out on Hollywood

Comedian Damonde Tschritter brings his act to Squamish as part of a Yuk Yuk’s casino tour
May 13, 2011 9:06 AM By: Stephen Smysnuik 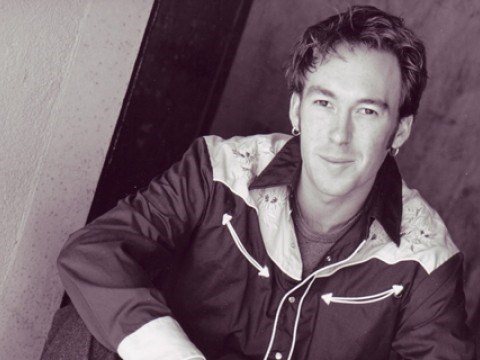 Damonde Tschritter has seen Hollywood. Beautiful women throw themselves at him. He's seen paramedics and shawarma vendors swap headshots. A pre-fame Seth Rogen was his pot dealer. It was fun for a while - the parties, the energy, the feeling that the Big Break could come at any time.

"I thought it would never get stale," he says now. "But after a couple of years of it I was like, 'Ok. That's enough. I'm going to get a girlfriend.'"

Tschritter moved back to Vancouver after two years. Since then, the Globe and Mail has hailed him as comedy's new superhero. He was the first Canadian to win the Seattle International Comedy Competition in its 27-year history. He's perhaps the finest comedic storyteller this nation has to offer, weaving buoyant narratives of personal anecdotes that hold the attention of every person in the room. And he's funny.

But Tschritter knows the reality of the trade.

"Unless you're selling out arenas and that, it could all just end," he says casually, as if shrugging his shoulders. "I guess you could do it forever - Rodney Dangerfield did - but for the most part, you can be a comic for a certain amount of time before you become irrelevant. Hopefully by then you're a writer on a lousy CBC show."

He moved to the city from Vancouver Island in 1994 - "For the riots," he jokes - and did his first amateur night at 24 years old in 1996, performing the same night as a 14 year-old Seth Rogen, now of 40-Year Old Virgin fame. The Vancouver comedy scene was more vibrant then. Once a week at the Urban Well, Brent Butt - who'd find modest fame with Corner Gas -would host a comedy night that served as a community gathering for comics. They'd have showcases for executives from HBO to come and offer showcases in L.A. It was a scene, but it disintegrated over time - all due to that infamous scourge: the Internet.

"Because of the Internet now, there are no longer these big showcase things because the whole community is revved up and you're doing your best six minutes followed by the other guy doing his best six minutes," he says. "You saw what everyone was doing in the community, and now there's no Grand Central Station."

Comedy is an eat-what-you-kill business, where the lazy go nowhere and only the truly lucky hit the real big time. Tschritter's first paid gig was a 20-minutes performance at a bar in Prince George. It was "Logger's Steak Night." One can imagine the crowd: burly loggers, light on manners and loaded with booze. They chanted, "F... you city boy!"

Five minutes in they were all staring at Tschritter, not a single one of them laughing. Then the heckling started. And the booing. He calls it "the longest 20 minutes of my life."

He eventually moved on to headlining shows and television specials. He's performed at the Chicago Comedy Festival and the Just For Laughs Festival.

But, again, he understands the reality of the trade. One week, he's on the Tonight Show, and the next, he's standing before 50 people in Fairview, Alberta. Some comics may find this depressing - as they would watching an old friend like Russell Peters rise into a mega-star - but Tschritter takes it all in stride.

"You have to remember that you're still doing comedy. You're one of maybe 100 comics where that's all they do in Canada."