East Coast turntablist teams up with Camp Lo to kick off Shine Saturdays at Savage Beagle
Nov 27, 2009 7:14 AM By: Holly Fraughton 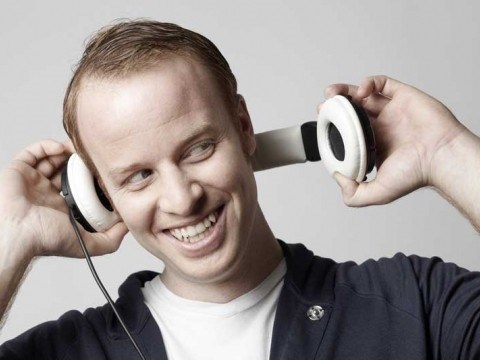 Cost: $12 in advance at The Circle, Billabong and Clubzone.com

Some people don't seem to understand the lure of the lone DJ; one guy (or girl) solely responsible for rocking a dance floor, drawing only on their musical judgment, collection of tunes, technical skills and ability to read a crowd.

But Paul Murphy (aka Skratch Bastid) is one man who truly appreciates the thought and effort that goes into any given DJ set.

The East Coast DJ has been behind the turntables for almost 11 years now, making a name for himself as one of the most talented scratch artists in the country.

"I was just really obsessed with hip hop music and I wanted to do as much as I could, so I wrote little raps and made little beats, and I was always making tapes of artists that I thought needed more exposure," he recalled.

He quickly evolved from making mix tapes for friends from tapes and CDs to digging through vinyl bins, looking for elusive old school treasures. And he hasn't stopped since; today, his collection numbers over 10,000 albums that span the genres of hip-hop, funk, disco and rock.

"Once I chose DJing as my thing that I wanted to focus on, in how I wanted to take part in hip hop, I just wanted to do it to the max."

At the age of 15, he saw a DJ scratching and was immediately drawn to the craft. But scratching isn't exactly the easiest skill to master. In fact, it's something Skratch had to work at. He set up shop in his parents' basement and after putting in a lot of practice at the turntables, was eventually encouraged to take part in his first competition. There, he made some connections with longtime DJs on the scene, like Buck 65, and he began learning scratching tricks and techniques from them.

"They would teach me little scratches and I would go home and learn them for a week and come in next weekend and have them down, and they'd be like, 'who is this little scratch bastard?'"

Which is how he got his stage name, Skratch Bastid.

He made a name for himself on the international stage through DJ competitions like the DMC, ITF and Cincinnati's Scribble Jam, which he won three times. Originally from Halifax, Nova Scotia, Murphy finally decided to jump ship, trying to tap into bigger musical markets in Montreal and now, Toronto.

"There's just something going on, it's really inspiring," he said. "It makes you stay on your toes to stay in there."

Today, he maintains residencies in a number of cities and has shared the stage with the likes of Nas, DJ Jazzy Jeff, Ludacris, Mix Master Mike, Ice-T and The Tragically Hip.

In a traditional hip hop show, the DJ would take a back seat to the emcee, not really getting their share of the limelight. But these days, the DJ has stepped back into the forefront as a solo act.

"DJs have made their own niche now, and you've got DJs at the forefront... and DJs just tour on their own now without rappers, and now rappers are trying to get on DJs' tours," he said with a laugh.

"Nowadays, everyone's getting their music from blogs and everyone's kind of getting a little review with the music, and what I like about records is that it's just my own experience of doing some diggin' in history," he said, "It's going for a... musical trip and you never know what kind of stuff you're going to find that might inspire you, even if it's like 50 years old."

But that doesn't mean that he isn't also keeping an ear to the ground in the present.

"I kind of keep one foot in the past, one foot in the future so that when something new comes along, I think, 'hey, this kind of sounds like that,' and combine the two."

And playing almost 200 shows per year, it's pretty important to keep his live sets fresh and fun not only for the audience, but for himself, as well. To do just that, he recently started hosting quarterly special shows, bringing in other artists to collaborate on outside-of-the-box gigs.

"There are just so many DJs out right now... I want to use my experience and drive to do something bigger and better," he explained.

The first show, held earlier this month, featured two other well known "Scratches" - DJ Starting From Scratch and beat boxer Scratch from The Roots - and was a wild success, with over 800 people turning up to check the unconventional performance out. Now, they're planning on touring Canada with that first "Scratch, Skratch, Scratch" performance.

He also recently took the stage with another well known East Coast hip hop personality, Classified, to play for a crowd of 10,000 that had gathered to watch Sidney Crosby and snowboarder Sara Conrad run with the Olympic torch in Halifax.

"I always love playing for a bunch of those different people that don't go to clubs, because you never know who could be standing there," he said.

"So you never know who's going to be watching or who might take something away from that and be really inspired."

At his upcoming show in Whistler, Skratch will be taking the stage with Camp Lo, one of the underground artists he admired when he was just starting out as a DJ.

"Camp Lo was one of those artists that I was putting on mix tapes for all of my friends," he said with a laugh. "...And I've never seen him perform so as a fan I'm excited to be a part of that show."