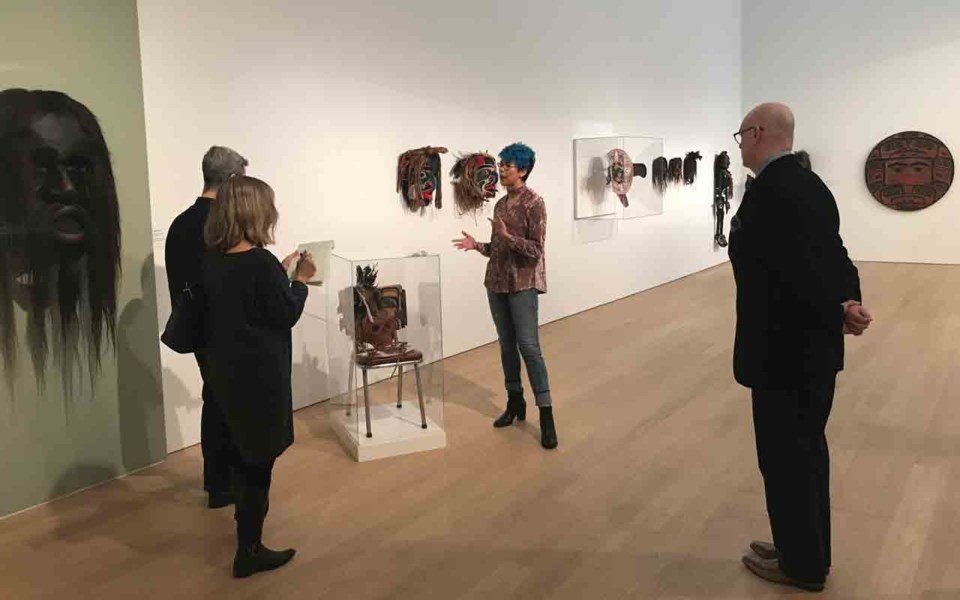 When Linnea Dick was a little girl, she penned a love poem.

Her father, the Kwakwaka'wakw artist and activist Beau Dick, was simultaneously impressed and baffled. "My dad came by, picked it up and he looked at me and said, 'Wow, this is beautiful, but it's also really disturbing because I don't know how you have this understanding of love,' because I had never been in love," Linnea, now 26, recalls. "But as I grew he always encouraged me to write poetry because he said that was my gift, which was really helpful for me in my earlier years because when I was a teenager I felt I had such big shoes to fill. I'm not very visually creative (and) it gave me an opportunity to still be an artist."

Fittingly, her poem, "Raven's Son" is included in the Audain Art Museum's new exhibit, Beau Dick: Revolutionary Spirit, a retrospective of her father's work. The show, set to open on Friday, March 30, marks one year since his passing.

Linnea co-curated the exhibit with Darrin Martens, chief curator at the museum. In particular, she oversaw the "Legacy Gallery"—one of four galleries in the show—displaying work by artists who influenced Dick, as well as emerging artists whom he mentored.

"This is my first time having a hands-on experience with curating," she says. "It's been really fun. I'm not an artist, but something I'm really passionate about is visual art because I grew up not only around my dad, but also having artists come in and out of my house all the time."

The other three galleries are Revolutionary Spirit, featuring a range of his work; Under Sea Kingdom, a display of masks that were originally part of documenta 14 in Athens, Greece; and a print gallery, which highlights Dick's printmaking and also includes Linnea's poem.

In total, the exhibit features 89 pieces of Dick's work, including masks, puppets, headdresses and sculptures. They were borrowed from the Vancouver Art Gallery, the National Art Gallery, Fazakas Gallery and from various private collections.

"Beau Dick Revolutionary Spirit encapsulates the essence of the creative spirit that was Beau Dick," Martens says. "(It's) an exhibition, which not only chronicles his artistic career, but also explores several key themes that the artist engaged with in his career."

While visitors will take in the rich detail and stunning artistry behind Dick's work, Linnea says she hopes they also take a broader approach to the exhibit, which will be on display until June 11. "I really want people to begin looking at art through not just an artistic lens, but through the entirety of it," she says. "The art, the process, the representation. What does it represent, but also what represents the art? Who are the people behind it? For me, art is alive ... As we move forward in this generation, it's a lot easier for people to have that open-minded way of thinking, but I still feel we have a long way to go. I hope when people encounter my dad, they feel his energy and have a very easy time (understanding) the connectedness of everything."