Blame the Weekend gets a Monday launch 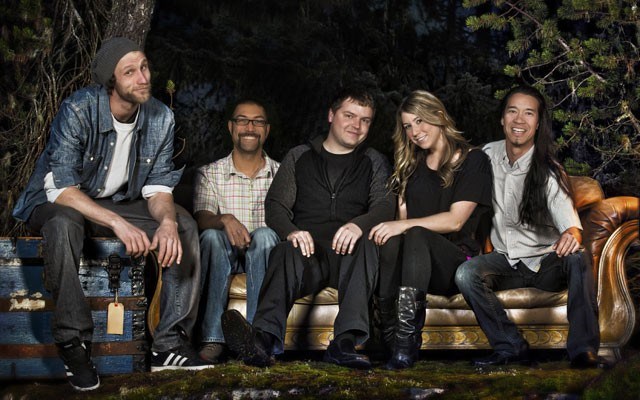 There's a new band for a new festival.

Blame the Weekend, the brainchild of Whistler musician Matt King, will launch during the Great Outdoors Festival (GO Fest), which takes place over the upcoming May long weekend.

Their big reveal takes place at the GO Fest free stage in Village Square on Monday, May 19, at 5:15 p.m. Blame the Weekend performs "all sorts of tunes" but adds a rock and roll edge, King says.

"I was very fortunate to be able to approach the people who were on my A-list for who I wanted to play, and everybody was available," King says.

King has performed with the duo Big Mountain Rhythm in Whistler for several years, and it is still going strong, but he wanted to give "a polished five-piece" a try.

"There have been more full bands performing in the market and they're sounding awesome... I wanted to get back to the full-band sound," he says.

"All of us bring something different. We've got a very diverse musical background."

The Whistler Film Festival is looking for volunteers to help during its Adventure Film Series at Millennium Place on Saturday, May 17 and Sunday, May 18.

The film series is part of the long weekend's Great Outdoors Festival. In exchange for their time, each volunteer will receive a ticket to a screening of their choice.

Between Shifts Theatre brings back awards

Squamish's Between Shifts Theatres placed second at the North Shore Zone Festival Awards on May 10, for its production of The Glass Menagerie.

Daniels, Between Shifts' artistic director, said they were pleased about the awards but sorry to no longer perform the play.

Between Shift's next production is Noises Off, a farce by British playwright Michael Frayn. It will be performed in November.

Whistler piano man Doc Fingers, who has played alongside legends Bo Diddley, John Lee Hooker, Rita Coolidge and Stevie Winwood, will be performing along with his trio.

The event is the Point's major fundraiser for the year and will include a multi-course Chinese dinner by Michele Bush, inspired by the Alta Lake Inn in the 1970s and '80s.

Tickets are $30 including dinner, available at www.thepointartists.com and at Armchair Books in Whistler Village.

The participants will spend five days putting together a film from beginning to end with a fun.

The camps take place at Millennium Place in Whistler and cost $595. For more visit www.whistlerfilmfestival.com.