The priest's life is lonely and sad. You spend your entire life denying primal desires and have to sit back and listen when others have indulged their own. Your moral code takes a backseat to loyalty.
Nov 6, 2009 7:22 AM By: Jesse Ferreras 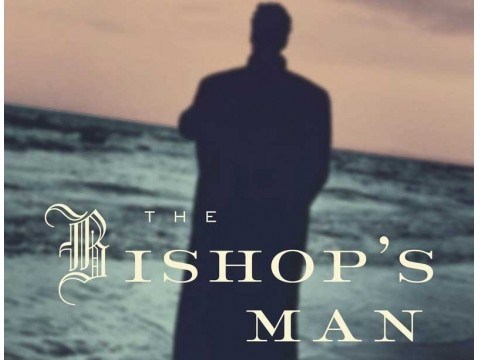 The priest's life is lonely and sad.

You spend your entire life denying primal desires and have to sit back and listen when others have indulged their own. Your moral code takes a backseat to loyalty. When a man of the cloth falls by the wayside, you become complicit in a cover-up of his misdeeds.

That is the impression I take away from Linden MacIntyre's The Bishop's Man , an engrossing but maddening nominee for the Scotiabank Giller Prize.

MacIntyre's background as an investigative journalist is clear here. The host of CBC's The Fifth Estate dove headfirst into his material, spending countless hours researching before putting pen to paper. The result is a controversial one, a tome that dares to lay some empathy with sexual abusers but an authentic one that mirrors real events.

When we meet Father Duncan MacAskill it is 1995 and he's Dean of Students at St. Francis Xavier University. It's been six years since allegations of sexual abuse against children rose up at Newfoundland's Mount Cashel Orphanage and faith in the Catholic Church is waning. He's used to hearing students say "Good evening, Father" as he walks past the campus pub but now the cloak brings him nothing but dirty looks.

Outside his life as a dean, MacAskill is the right hand and disciplinarian of the Bishop, his point man for dealing with wayward priests. Fellow Fathers call him the "Exorcist" for his habit of exiling priests who've brought unwelcome attention upon the Church.

Now in his mid-50s, he is assigned his first parish in Creignish, a small fishing community on Cape Breton Island. The bishop feels the next Mount Cashel is about to erupt there and wants Father MacAskill to beat it down before it flares up.

Once there he strikes up a close relationship with the MacKays, a fishing family whose 18-year-old son Danny is friendly to MacAskill but hides a dark secret that may have involved Father Brendan Bell, a former priest who has left the Church and become a successful businessman in Toronto.

MacAskill probes the MacKays as best he can but he soon finds himself confronting his own demons from his time working a mission in Honduras. Evidently the Exorcist has his own devils to purify.

MacIntyre's style is often difficult to follow, with regular jumps between the past and present. It unfolds much like a thriller, multi-layered with a disturbing truth to uncover at the centre.

It's an engaging read but I found myself running out of patience with the author's style. Too often a paragraph reaches a point of interest then jumps to an event from the past or a different episode altogether. Eventually the loose ends are tied together but its cryptic nature can be downright frustrating.

Ultimately though, MacIntyre deserves praise for trying to empathize with the most unsympathetic of creatures. You come to realize that priests spend their entire lives denying themselves the carnal urges that most humans desire. Some simply don't know what going too far is.

None of this is to suggest that MacIntyre absolves the priests of their sins. The actions of some Catholic priests have been devastating for the lives of children in their care. But MacIntyre deserves praise as an author for taking us where we really don't want to go.