Action sports photographer makes a foray into the realm of fine art with The Elements exhibit, running from Sept. 10 to 30
Sep 3, 2010 6:58 AM By: Holly Fraughton 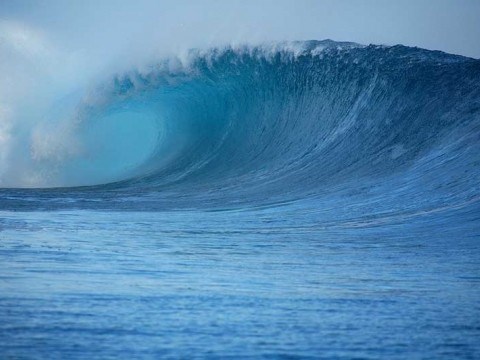 What: The Elements, photography exhibit

From a quick visit to Paul Bride's website it's clear that this photographer is in his element in the great outdoors. Whether shooting ice and rock climbing, standup paddle boarding, bouldering, surfing, kayaking or sailing, Bride seems able to capture the beauty, skill and thrill associated with each sport.

Bride has called Squamish home for almost eight years but his work has taken him around the world - to six continents, so far. He's gone to Asia eight times, climbed the Himalayas, visited India, Thailand and even lived on a makeshift raft in the South China Sea.

"The only continent I haven't been to so far is Antarctica and that's my dream, Antarctica," he said with a grin.

Clearly an avid adventurer, Bride was originally inspired to pick up a camera and start documenting his escapades when he was heading out on a six month trek to Asia.

"My first camera was actually loaned to me," Bride admitted. "It was a point-and-shoot camera that was - now she's my wife - my girlfriend's at the time.

"So I took it and I came back and was like, 'wow, these images are actually pretty good!" he laughed.

While those first few rolls of film showed that he had something of a natural knack, and eye, for photography, he still had to work hard at mastering the craft.

Slowly, his interest grew to obsession, and that obsession blossomed into a career. He upgraded to an SLR camera and managed to start selling a few shots and marketing himself to magazines.

"I was always skiing or climbing - I wasn't very good at the nine-to-five gig - and then my images just started getting better and better."

In the 10 years since he started shooting, Bride has amassed an impressive collection of equipment to replace that old point-and-shoot. He's also had some great success in the industry - he is sponsored by a wide range of companies, his shots have graced the covers of 19 magazines, and his adventure editorial work was also featured in a book, Carte Blanche. But it's a very competitive industry, one that seems to require a huge amount of dedication and risk - after all, he has to get out into the often-treacherous terrain alongside the athletes.

While he certainly isn't abandoning sport photography, Bride has decided to branch out a bit, transforming the far-flung destinations and landscapes he's visited into works of fine art.

"Some of my favourite photos have nothing to do with climbing or skiing or anything like that," Bride added.

Bride isn't alone. The entire industry seems to be gravitating towards including more of the cultural/lifestyle aspect in their action sport imagery.

"A lot of the magazines that I work with are requesting more of the lifestyle, because it tells a story. You've got this professional athlete who has traveled halfway around the world to climb, but how'd you get there? What's the story? We want to see the travel, we want to see the people, the food, and you can sort of put that into telling a story. Images can be really strong that way."

Now, Bride is getting ready to unveil a very special collection of images, with the opening of the Paul Bride Gallery and the unveiling of The Elements next week.

"I've actually done two quite large exhibits in Toronto before but I want a gallery and to be able to display a different side of my work," Bride explained. "Most people in town, they know me as an outdoor adventure and climbing photographer.

"I'm going to shoot climbing until I can't shoot it anymore, but I need something new now."

He's been working on this "new project" for almost two years, painstakingly selecting locations, saving up and traveling around the world to four separate locations to capture some of the world's most hostile and powerful natural forces at play: Teahupoo, Tahiti, home to one of the heaviest waves on the planet; Ilulissat, Greenland, which has the largest icebergs in the Northern Hemisphere; Sossusvlei, Namibia, which boasts the largest sand dunes and oldest desert on record, with no sustainable water source for 55 million years; and Kilauea, Hawaii, where the planet's most active volcano erupts.

"The Big Island, they say, grows three metres per year above water; it's getting bigger every year!"

Rather than shooting with sheer survival and safety in mind, as he does on action sport shoots, these trips required patience, persistence, creativity and a keen sense of timing. He spent two weeks alone in Greenland in 24-hour sunlight. He trekked out-of-bounds in the middle of the night near the Kilauea volcano, and navigated 300-metre high sand dunes in the wee hours of the morning in search of the ultimate imagery for The Elements.

"I had to go to Hawaii twice to get the images," he said. The first time, the volcano just wasn't co-operating.

"I was trying to get the lava entering the water, and there was lava just sitting on a plateau, and I was like, 'Come on, let's go!'"

He spent 10 days watching the leaking lava on a geologist's website before he finally gave up and went home.

From those trips, Bride has selected 20 pieces for the show - five per location - featuring a range of small and large, custom-framed pieces.

The Elements opens at the gallery on Friday, Sept. 10 with an opening gala that starts at 6 p.m. The collection will remain on display until the end of the month. After that, Bride is hoping to feature other local artists in the space.