Veteran Canadian metal band returns to Whistler on Sept. 22 in support of The Spark That Moves
Sep 19, 2019 2:00 AM By: Alyssa Noel 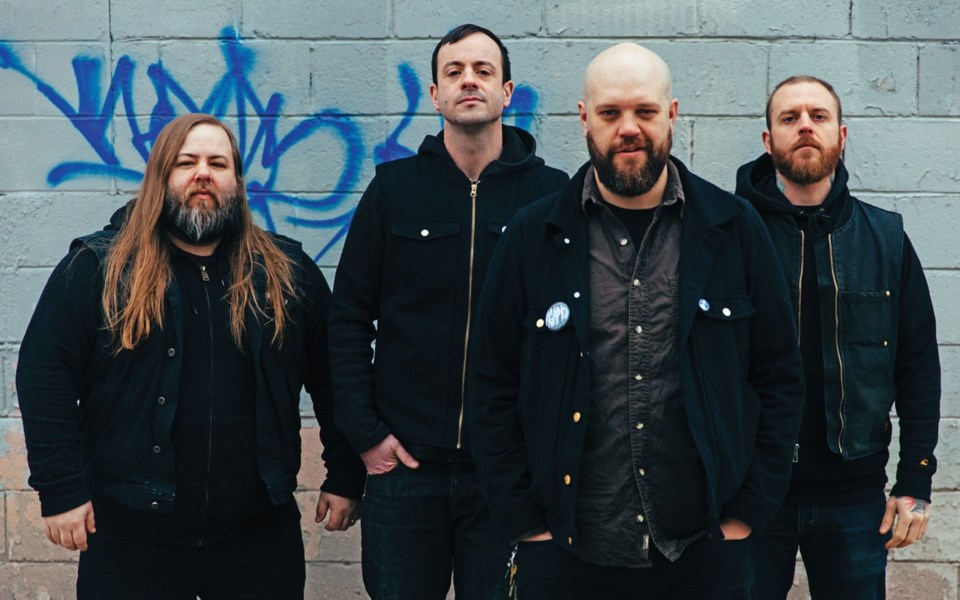 Now in their late 30s—with a decade-and-a-half as a band—they've been part of the pre-internet, old-school music industry, but also transitioned into the new DIY era.

That's why they didn't hesitate to try a new tactic, putting out their sixth album, The Spark That Moves, as a surprise release, last April.

"We were planning to do these 10-year Hail the Destroyer [the band's second album] shows and we figured if we could release the record at the same time it would be perfect," says Mike Peters, the band's Winnipeg-based drummer. "We also figured this surprise wouldn't get lost because there would be enough people talking about it naturally because they were at the show already."

While they enlisted the help of a publicist for the roll-out, the band released the record on their own label, which further reduced the chance it would leak before its drop date.

"We had a big manager who manages a bunch of big bands. We had all this stuff. We signed to a major label for a while. It never really changed what we were doing and who we were playing for. We realized with streaming and the lack of record sales and all that stuff, it's more about doing it yourself. You can get a lot of stuff done really easily," Peters adds.

The release was a success and the band has been touring around the world since. This summer they mostly played the European festival circuit, but last week they embarked on a cross-Canada tour that will see them make a stop in Whistler for the first time since 2015.

"We used to come to Whistler almost every year or every other year," Peters says. "We're looking forward to coming back and playing Garfinkel's. We haven't played there in a long time."

With so many years of touring under their belt, the band carefully chose the fall dates for their cross-country journey.

"It's harder because there's a lot of bands on tour, but people are back in school, so the college towns are full again, which is big for us," Peters says. "The weather is still nice. We've done a lot of tours across Canada in January and February and it's brutal. The last time we went west on a full tour, we drove through the ditch between Regina and Winnipeg."

For this tour, they've got Single Mothers and Sharptooth in tow. Last week, they announced a unique new EP with the former London, Ontario punk band on New Damage Records.

Part of the Switcheroo series, the bands covered two of each other's songs. "We were going to just cover one, but their songs were really short," Peters says, with a laugh. "We took part of one off the end and changed it around a little bit."

While the tracks are available for streaming online now, the seven-inch record will be up for grabs at the Whistler show.

After an upcoming tour of Australia and another trip back to Europe, Cancer Bats will head back to their respective cities—Peters in Winnipeg, singer Liam Cormier between Halifax and Toronto and guitarist Scott Middleton and bassist Jaye R. Schwarzer to Toronto—to write new songs for another record.

"We do a lot of individual [writing] and send it back and forth to each other," Peters explains. "We used to always sit in a practice room—and live close together—for eight hours a day staring at each other, trying to write a riff. You still have to put in those hours of work, but you're free to do it your own way ... I think it went really well doing that, so that's what we'll start to do again."