Caviar, Champagne and the Doc

Doc Fingers and his band play Cornucopia’s Bubbles, Rhythm and the Deep Sea after-party at Araxi
Nov 2, 2007 8:12 AM By: Nicole Fitzgerald 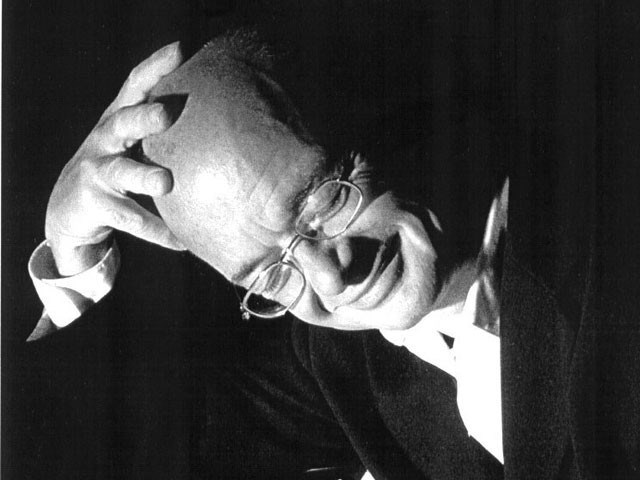 Uncorking Veteran Piano Talent Pianist and entertainer Doc Fingers and his band will entertain the Champagne-clinking crowd at Bubbles, Rhythm and the Deep Sea after party on Saturday, Nov. 10 at Araxi as part of the Cornucopia celebrations.

What: Bubbles, Rhythm and the Deep Sea

The Doc is in the house for Cornucopia at the Bubbles, Rhythm and the Deep Sea after-party on Saturday, Nov. 10 at Araxi.

World class chefs, seafood and Champagne deserve a world-class groove to wash it all down with and Doc Fingers and his band were the perfect choice.

Talking with the pianist who is so good he was dubbed doctor was a bit like flipping through the pages of Whistler’s history.

For 20 years, the Vancouver-based musician has traveled the Sea to Sky Highway for his two loves: skiing and a well-tuned piano.

The later wasn’t always the case. He began his early days playing at the Whistler Inn in 1977, now Hoz’s Pub. He played the Cheakamus Inn, The original Keg, several Whistler Cup events, mogul bashes as he liked to call them, lift parties, Dusty’s, and the opening of the Chateau and even Blackcomb at the Rendezvous.

“It hasn’t changed much, I had the best time,” he said. “Whistler was at its best when all the tourists were gone mid-week, the sun was out, everything was groomed to the max and hardly anyone was on the hill… Nothing against the tourists though. They are here to pay for skiing. I’m always nice to them. They are the bread and butter.”

Doc Finger certainly keeps enough company, with the music veteran travelling the world. He performed for royalty at four Olympics, in Lillehammer, Nagano, Atlanta and Sydney at the IOC Club.

“It was an oasis of calm in chaos,” he said. “There was caviar, Champagne and me.”

A Doc Finger’s piano hits as many destinations as his music lineup. Blues, jazz, rock, swing, western, reggae and classical, Doc Finger plays it all — just as long as it is good.

“I just go for the great tunes of all sorts,” he said. “I don’t like to get bored, so I just go everywhere.”

Doc Fingers’ hands sat naturally on the ivories right from the start. He only took two and half years of piano lessons. He completed his Grade 5 piano exam on year one, Grade 8 the second and Grade 9 on the last half.

“My hands are small, but I’m pretty fast,” he said. “I think it comes down to feel. I don’t worry about it. I just play.”

His comfort at sitting down to a piano and the passion that runs forth from the keys has always won over audiences who revel in the joy he so aptly demonstrates in what he does.

“It speaks to me,” he said of music. “There is soul there I can identify with, a method of bringing people together in an instantaneous conversation that includes everyone in the room. Music brings people together like a family… Music is spontaneous. It’s not like other art, where you look at it for hundreds of years. It’s a genuine emotional experience. If you are a musician, all you want is a good instrument and a good crowd.”

There are no recording contracts and no 50,000-screaming-fan concerts in this doctor’s repertoir, only airline tickets and ski passes — just the way he wants it.

“It would be nicer to be more famous and be rich, but for me I would rather ski in the winter and windsurf, golf, sail and mountain bike in the summer. I swim one kilometre a day… and I am always nice to tourists.”

Doc Fingers and his band will provide sensational live jazz for the Cornucopia evening of luxe Champagnes and seductive seafood prepared by executive chef James Walt.

There may not be any caviar at this event, but when you’ve got the Doc, Champagne and oysters will do just fine.