Choke reunites for one final tour 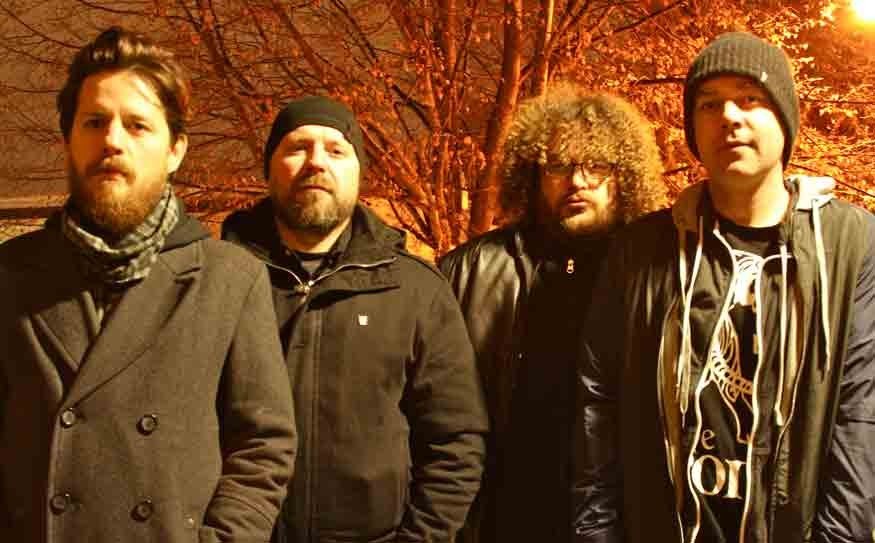 punk rock legends Choke has reunited after a six-year hiatus for a tour of select Canadian cities, along with Whistler. Photo submitted

Edmonton punk rock innovators Choke are experiencing a bit of déjà vu as they careen down the Yellowhead Highway, headed east out of their hometown.

"This seems to be how we would always start," says bassist/vocalist Clay Shea. "We're all pretty giddy right now."

That's because it's the first time in nearly six years that the group — including Shawn Moncrieff and Jack Jaggard, who both handle guitar and vocal duties, as well as drummer Stefan Levasseur — has been on tour together.

After an epic run that spanned a dozen years, seven albums and a whole lot of touring, the band parted ways in 2007 concerned they couldn't continue to dedicate themselves to the project.

Fast forward to last summer when they learned they were being evicted from their long-standing rehearsal space in downtown Edmonton. "It was our original space we got in 1997 and we had been there the entire time," Shea says. "Over the years we shared with lots of other bands from around town, friends and other bands we were in. From day one the plan was when we lost the studio we'd have one heck of a party."

And party they did. The band reunited for a quick five-song set, performing alongside other local acts. Musical sparks reignited and they decided they would spread the love to fans across the country for a one-off, eight-city tour.

"It's been really good. Better than I thought it would be. Six years is a long time. A lot of people end up in very different places in their lives. You don't know if you're going to be relevant in anyone's plans. The response was really nice to see. It was overwhelmingly good," Shea says.

While the band was a little intimidated at first by their fast and furious older material, they've come to look at those tracks in a new light, Shea adds.

"After the first week of rehearsals those became the most fun to play," he says. "They were really crazy. They were written by us at a time when we were full of piss and vinegar and we were trying to be the fastest, most screwed up, technical band ever. We were kind of naïve in these ideas. Looking back at those songs before listening to them, I had negative things I would think about them. Going back now, I have a whole new appreciation for them."

Though the reunion might have been a surprise to their legion of fans across the country, the idea always lurked in the back of their minds as a possibility. "It was never ruled out," Shea says. "I think bands get back together who all hated each other and that was never our case. We left things on good terms."

Amicable parting aside, the band went on to wildly varying careers. Levasseur is set to move to London to work for an architecture firm, Moncrieff works as a bobcat operator, Jaggard is a train traffic controller for CN and Shea owns a health food store for pets. "Everybody's doing fine," Shea says. "(The band) wasn't the biggest mistake."