Clash of the mediums

New Garfinkel’s night mixes electro with social media
May 13, 2011 9:09 AM By: Stephen Smysnuik 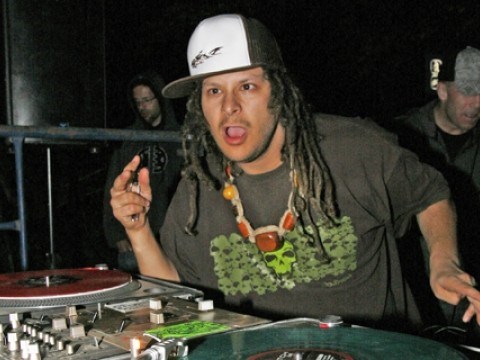 OK, so partying has progressed past the point of simple partying. Now we need something new. Now we need to bring in as many people as possible, even if they're not really there. Now, we need to hook up to some wireless, with a drink in hand and just, y'know, connect.

Local internet radio station WMN.fm has teamed up with local promoters &Entertainment for a new night at Garfinkel's called "I Love Dirty Bass" that will be broadcast live through the radio station's website.

But here's the pinch: they'll harness the power of social media to reign in listeners from all over to join in a live chat, to be displayed on a screen on the dance floor.

"It's a cool element. People at home will feel like they're at the party, you know?" says &Entertainment president Andrew Bowes. "People sitting at their computer are going to be more in touch and connected with what's going on instead of just hearing the audio playing into their ear."

A computer terminal will be set up so party-goers can chat with listeners while they're at the bar. Since the chat option will be projected for the entire club to see, any rancorous dealings with, say, irritated lovers may need to be relegated to text message.

As for the music, the nights will feature all local DJs. The show will be archived on the WMN.fm website and can replay the event via the website.

"It's not going to be your typical club experience. It's going to be more underground, kind of like the rave culture type thing."

In a town with a club scene that often sticks to regular, predictable, programming, this is a progressive and interesting idea for Garfinkel's.

The club is currently undergoing massive restructuring with its management and staff and "I Love Dirty Bass" is one of what may be a series of new concepts to boost its popularity with locals.

While this will be Wednesday-only electronic night, WMN.fm is looking to host and broadcast more events like this on a regular basis, at any venue with any sort of music.

"One of our core services is going to be to allow businesses to stream their events," says WMN.fm founder Steve Clark. "We will put a player on their website. We can set up channels specifically to the companies, those sort of things."

The radio station is just phase one in a series of projects Clark intends to make through the Whistler Media Network. A full live programming schedule will premier next month and a video streaming site will follow shortly afterward.

Eventually the company will become a marketing and promoting resource for local musicians and artists. The radio station is merely one component of that plan.