The musicians performing at the final five days of free shows for the 2014 Whistler Presents summer season have been announced. Corb Lund and The Matinee perform on Friday, Aug. 22, while Jarvis Church and Kuba Oms play on Saturday, Aug. 23.
Jun 11, 2014 6:00 PM By: Cathryn Atkinson 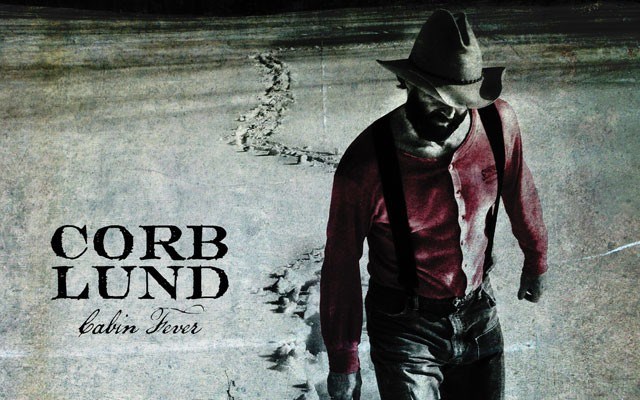 The musicians performing at the final five days of free shows for the 2014 Whistler Presents summer season have been announced.

Corb Lund and The Matinee perform on Friday, Aug. 22, while Jarvis Church and Kuba Oms play on Saturday, Aug. 23.

The following week, Dallas Smith and Del Barber are on stage on Friday, Aug. 29, Messenjah and Rocky Dawuni play on Saturday, Aug. 30, and Headwater and Matt Nathanson close the series on Sunday, Aug. 31.

Whistler mayor Nancy Wilhelm-Morden said the aim of choosing the bands, whose music ranges from country to reggae to rock, was to provide events in Whistler over every weekend this summer.

The bands are joining previously announced performances by the Vancouver Symphony Orchestra, Barney Bentall and Said the Whale.

All shows are at Whistler Olympic Plaza.

"Everything for the day is coming from the local immigrant population, people who have immigrated to Canada and chosen to call Whistler home," says Andrea Dunne of the Whistler Multicultural Network.

Performers include the K-Band, the Maynilla Boys and Polish Folk Dancers, along with Tai Chi and Karate displays.

Food is on offer from The Pie Company, Mexican Corner and Tandoori Grill.

Dunne says they wanted to also connect the many cultures in Whistler, including the Australian, Japanese, Eastern European, Filipino, Spanish-speaking, and U.K. and Irish communities.

The event takes place at Florence Petersen Park next to Whistler Public Library on Friday and goes until 8 p.m. Both the library and the Whistler Museum next door are also taking part, with museum entry free during the festival. Participation is free, with a small fee for food vendors.

Six riders have been selected to compete in the GoPro Dirt Diaries at Crankworx Whistler in 2014.

The riders have assembled a team of up to six people, including film crew, editors and other athletes, and are being given two months to put together five-minute videos telling their own unique stories.

Submissions are judged based on substance, videography, riding and editing, then screened in front of a massive audience under open skies at the Whistler Olympic Plaza.

Between Shifts Theatre going to provincials

Between Shifts Theatre company of Squamish is taking its recent production of The Glass Menagerie to the provincial community theatre finals in Kamloops.

Mainstage is the annual provincial theatre competition for community theatre groups throughout B.C. It takes place from July 4 to 12.

Between Shifts' artistic director Kathy Daniels said they were able to go, despite coming second at the North Shore Zone Festival, because the Vancouver Island zone dropped out. Between Shifts won a draw between four runners up.

Daniels won Best Actress in the Tennessee Williams play, Mike Hewitt won for Best Director, actors Todd Weitzl and Maclean Falkins got honorable mentions in the North Short Zone, and the play was runner up for Best Production.

More than 60 theatre groups participate in regional Zone Festivals in April and May.