Cranking up the sound

Lineup is more than gravity-defying tricks – Crankworx offers up lots of live entertainment
Aug 8, 2008 9:30 AM By: Holly Fraughton 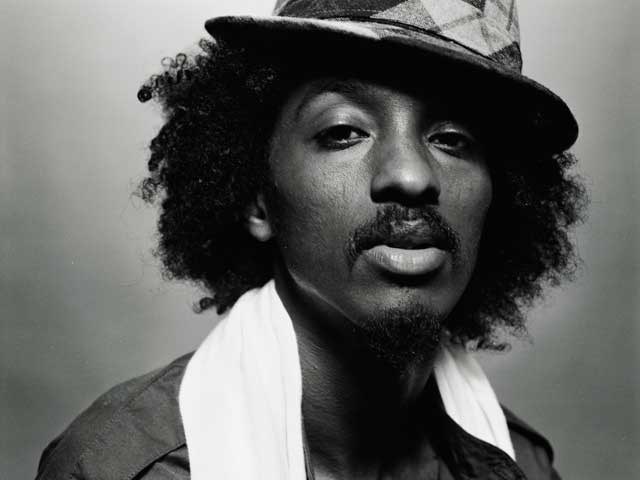 Hardcore mountain bikers may be watching the boneyard with mouths agape during the eight days of Crankworx, but there’s more to this annual event than simply hucking jumps and catching big air.

This year, the artistic offerings are extensive, with performances by 17 talented musical acts set to take the stage in Skier’s Plaza while amateur and big-name athletes alike show what they’re made of in the bike park. Just when you thought the fun was over, with the inaugural Whistler Music Festival and Pemberton Festival barely behind us, it turns out that there’s more music in store.

Tyl von Toorn is the CEO of TNT Productions, the company directing the musical content of this year’s Crankworx. His company has been working on events in Whistler for almost 12 years now, including some of the former Crankworx festivals. But this year, von Toorn said their musical lineup is better than ever, with a unique cast of energetic, up and coming artists that contrast and complement one another very well.

When von Toorn discovered that Whistler-Blackcomb and the other stakeholders involved in Crankworx wanted to step it up a notch and build an identity for a music festival within the larger, overall Crankworx event, he was eager to get on board.

“We’re talking about an actual music festival aligned to a mountain biking festival, and one that has a personality and identity, not one that’s just sort of filling the slots in between competitions,” von Toorn explained. “…It’s not just about mountain biking music, it’s about people who love music and being outside and watching music and being involved in sport. I think it’s about creating more of a lifestyle experience.”

Von Toorn describes the lineup as “artistic,” featuring performances that encompass a diverse range of genres, but which share a few common traits: all give quality and intense live performances that are perfect for a balmy summer afternoon.

The week will see mainstays who are already known and established, like K’Naan and Shout Out Out Out, playing alongside some hot new talent that you may not know of yet, like Woodhands and Flash Lightnin’ — both bands that von Toorn said he personally can’t get enough of.

While the music will definitely appeal to the younger crowd that usually comes along to Crankworx each summer, von Toorn is quick to point out that the offerings are also sophisticated enough to appeal to an older ear.

Blue King Brown and Mr. Something Something have a bit more of a laidback vibe.

He adds that, when choosing this year’s lineup, they made a conscious choice not to target large headlining acts. Rather, they decided to stick with the unique acts they had hand-selected.

“We want to set it as a thing where they trust us in the future, that even if they don’t know the artists that are playing, that the music that is playing at Crankworx is trusted to always be good,” von Toorn explained.

In case you aren’t familiar with all (or any) of the groups set to take the stage during Crankworx, here’s a basic intro to each and every one of them:

The Woodhands have been dubbed one of the top five bands to watch by Exclaim! Magazine , and once you hear their distinct pop, psychedelic sound with an underlying pop soul, you’ll understand why.

The drums, bass, samplers, synthesizers, and vocoders of Shout Out Out Out add up to some seriously edgy dance music, with punk rock roots. Their members seem to have an affinity for gadgets, so keep an eye out for some unique gear.

Rock, pop and reggae stylings of the West Coast sextet, Redeye Empire , return to Whistler to impress with their mellow beats.

Vince Vaccaro is a homegrown folk rock, borderline psychedelic, talent. Hailing from Montreal originally, and based out of Victoria, Vaccaro is self-taught and has a true passion for music.

Things get a bit heavier when the power rock trio of Flash Lightnin’ step into the spotlight, with a sound that heralds back to the days of ZZ Top and the Rolling Stones, meshed with the more modern rock of Beck.

Five Alarm Funk , Vancouver’s own 12-piece musical machine, complete with horns, bass and much, much more, will have the crowd swaying on their feet to their original funk and up-tempo afro beat rhythms.

With a penchant for environmental activism and green politics, the members of Mr. Something Something should fit right in. Their music is infused with the unmistakable dance rhythms of Nigeria, Senegal, Mali and Ghana, coupled with Western instruments and improvisation.

Another homegrown group, Mother Mother , comes to town with their artistic and original take on contemporary pop that is simultaneously profound and playful, with meaningful lyrics and upbeat instrumentation.

The Montreal trio of Plants and Animals incorporates bluegrass and classic ’70s elements into their indie rock sound. Their CD, Parc Avenue , was recently shortlisted for the prestigious Polaris Prize, so there must be something to the hype!

Starting out as a self-contained project in Toronto’s indie scene, Small Sins has blossomed into a real rock band with an inspired sound. They’ve recently toured with Scissor Sisters, The Kooks, The Little Ones, Sloan and Radio 4.

Hip hop, rock and surf styles all rolled into one: Josh Martinez is a musician of many influences. He was recently named to Urb Magazine’s Next 100 rising stars, and has somehow found the time to not only develop his solo career, but two groups, as well.

K’Naan ’s rap is inspired by reality. This performer, whose name translates to “traveler,” escaped death at the age of 11, fleeing his home in Mogadishu, Somalia. Imagine Western production combined with Somali rhythms, coupled with heavy lyrics with a message.

A long-time fixture of Calgary’s rock ’n’ roll scene, Hot Little Rocket has had enough time to establish their sound, and has shared the stage with groups like Modest Mouse, The Weakerthans, The Constantines and Hot Hot Heat.

Vancouver’s own DJ Science (aka Timothy Wisdom, the Turntable Wizard) has been producing music for MTV’s “The Real World,” “Yo’ Momma’s” and “Rob and Big” for the past few years, and he’s stepping up to the turntables at Crankworx.

A lot of the performers from the mainstage will also be playing evening shows at clubs around town as part of the Kokanee After Dark Series, so look out for the Crankworx schedule to pinpoint times and locations.

Music isn’t the only artistic component of Crankworx 2008.

Energizer is sponsoring the Keep Going amateur photo competition, which allows contestants to submit their best shots to a gallery at www.energizer.ca from Aug. 9 to 31. The winning submission will have their shot run as a full-page ad in the December issue of Bike Magazine.

And if you’re lucky enough to score an invite to the Decline Magazine/Volkswagen party, you’ll also have a chance to check out the Whistler premiere of F1rst, a mountain bike film by Clay Porter.