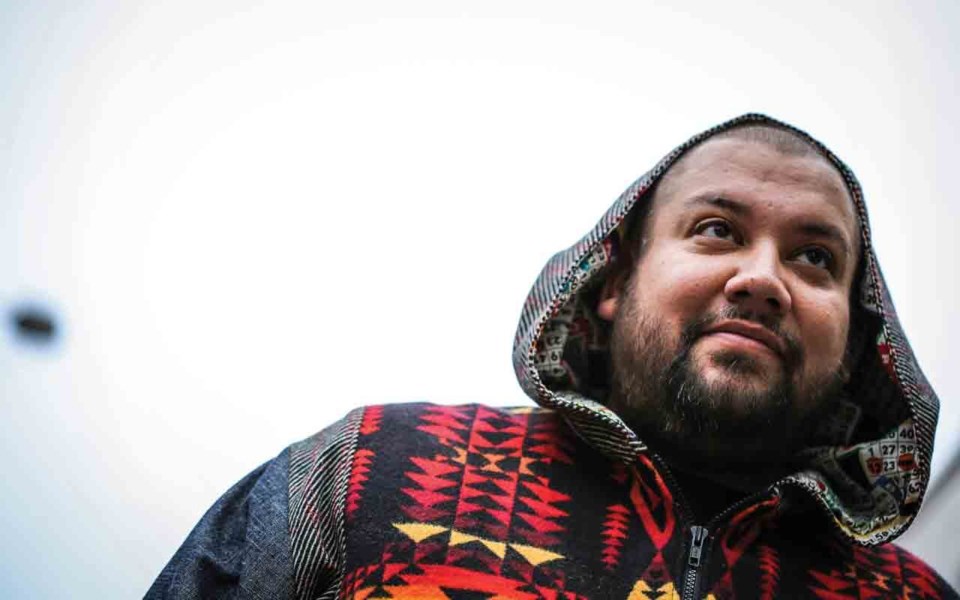 When DJ Shub—a.k.a. Dan General—first left A Tribe Called Red (ATCR) to strike out on his own, he briefly thought about leaving behind the genre he helped pioneer too.

"It was crazy because when I left I was hesitant to make another powwow-step album; I wanted to do another electronic music album," he says. "But I got so many messages. People told me, 'You're the pioneer of this. You can't stop doing it.' I was thinking of myself and not everyone else."

Powwow-step is a term used to describe a burgeoning music genre that combines traditional songs you would hear at a powwow with electronic music. It's a sound that ATCR first created and gained massive acclaim for (including a Juno win for Breakthrough Group of the Year).

But in 2014, just after the Juno win, at the height of their career, General decided to depart from the group. He wanted more time with his young family and more creative freedom.

"It was scary for sure," he says. "I wanted that freedom of doing what I wanted to do and not wanting to have to argue about things or structure things. It became way less stressful—the fact that I was able to tour less and be with my family was a big (part of the) decision."

At the end of 2016, General released his first solo EP called PowWowStep. It went on to be nominated for a Juno this year while its video for the single "Indomitable featuring Northern Cree Singers" earned a MuchMusic Video nomination for Best EDM/Dance Video and took home top spot at the Native American Music Awards.

"The EP did exactly what I wanted it to do," he says. "I look at it as a piece of work to let people know I'm on my own and a solo act. It took a while to get away from the shadow of being with A Tribe Called Red—not that it's a bad thing, but it's one of those things I'm finding now, becoming noticed as a solo artist (is challenging)."

Now the stage is set for his first solo album. With a quiet winter at home in Fort Erie, Ont., he spent time crafting the tracks and is ready to put the finishing touches on them ahead of a fall release.

"It's time to get it mixed and mastered," he says. "I'm working on the artwork and little things like that, but the meat and potatoes are done."

He says the album picks up where "Smoke Dance One"—the last track on the EP—left off. "I'm still working with the big names in powwow drumming, the Northern Cree Singers, and some other personal friends of mine who have laid some amazing singing and drumming on the album ... I've been working on this now for over a year and a bit. I've heard these songs a million times already. I can't wait to get it out there," he says.

To that end, General says he's found it surprising just how many fans think the powwow music on the albums are sampled from historical recordings—even in Canada. "A lot of people didn't know what powwow music is until they heard the stuff I'm doing," he adds. "They're like, 'What is this old chanting stuff?' These recordings are from drum groups that are relevant now. It's surprising, especially for Canada; this is Canada's original music I'm remixing."

But the opposite has also been true: he's introduced people familiar with powwows to electronic music for the first time. "The time we're living in is allowing this (genre) to happen," he says. "A lot of it has to do with timing. People were ready to hear this music and it's fantastic."

With just a handful of artists working in the genre, General says he looks forward to see what its future holds—hinting that his 10-year-old son might be among the next generation to carry it forward.

"I brought him out to a couple of festivals last year," he says. "I brought him onstage and he shot people with water. He knows what daddy's doing. I think he'll be the next dude making powwow-step."