Doug and the Slugs front man dead at 53

Doug Bennett, lead singer and founder of the Canadian rock band Doug and the Slugs and a mainstay of the Whistler nightclub scene since the 1970s, died Oct. 16 in a Calgary hospital.
Oct 22, 2004 2:54 AM By: Pique Newsmagazine Staff 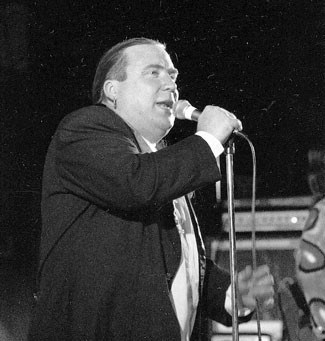 By Shelley Arnusch and Cindy Filipenko

Admitted a week earlier suffering from complications of an undisclosed illness, the 53-year-old was in a coma at the time of death.

Born in Toronto, Bennett moved to Vancouver in 1973 and formed Doug and the Slugs four years later. The band first hit the charts with 1978’s Too Bad and went on to produce four gold albums yielding hits such as Making it Work and Tomcat Prowl .

Doug and the Slugs began playing in Whistler in the late 1970s, making repeat appearances through the 80s and 90s. The band last played Whistler in December 2002 at Dusty’s.

Bennett was remembered at last Monday’s RMOW council meeting by Councillor and long time Whistler resident Ken Melamed, who recalled going to see the band play at the Keg restaurant and bar at its old site on Crabapple Drive.

One particular Slugs show at the Keg stands out in Melamed’s mind. He had gone dancing with a friend and fellow liftie named Nancy Hare, who was so captivated by Bennett’s set she boldly passed him a pack of matches on which she had inscribed her phone number. The two eventually married and had three children. Bennett and Hare remained good friends with Melamed and were often his houseguests in the following years.

Melamed said he considers Doug and the Slugs to be a "signature band" for the Whistler he remembers in the late 1970s and early 1980s. He recalled fondly an energetic front man with a knack for stoking up the crowd.

"He liked to dance, liked to laugh," Melamed said.

Weeks before his death, Bennett was still touring with the most recent incarnation of the band.

Bennett was also an accomplished filmmaker, writing and directing 23 music videos for Canadian bands such as Trooper, Headpins, Zappacosta and Images in Vogue.