New York DJ/producer shakes off labels in favour of the ‘attitude and energy’ of any given track
Oct 9, 2009 9:08 AM By: Holly Fraughton 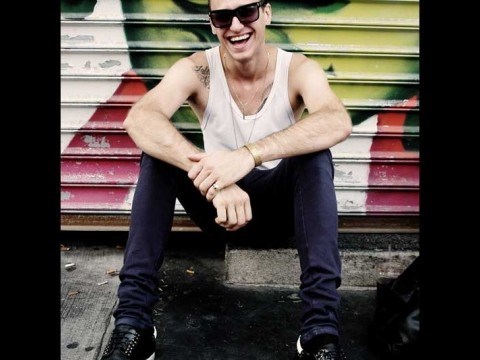 What: MTV's Lovefest with Drop the Lime

Luca Venezia (better known as Drop The Lime or DTL) first discovered the world of electronic music after accidentally stumbling across the local rave scene in New York.

"I've gotta blame going to raves, really, as the enabler. I've always been into music - I was playing guitar and singing - and then I went to my first rave and it just opened my mind up," DTL said during a quick break from the studio on Monday.

"It was a mystery to me. I didn't understand if (the DJ) was making the music that was making these people dance, or what was happening, but it was one person making thousands of people go crazy. Immediately, I became jealous and hungry and I wanted to be that person doing that same thing."

So he began playing around with a pair of turntables and belt drives, trying to mix and mash beats, scratching without a mixer.

"I didn't know what I was doing, I was experimenting," he recalled with a laugh.

But a young DTL used his four-track recorder to capture his earliest efforts and through that process launched himself into the learning process.

These days, he relies mainly on digital tracks from Serato, delving back into vinyl bins whenever he wants to feature something more unique.

"I enjoy some obscure vinyl - some weird things here and there - but I'm not like one of those passionate dudes that goes and spends $50 on a record because it was a first-pressing from the '70s."

Regardless of the form, Venezia simply loves music. He's also one of the few DJs out there these days that doesn't seem to be afraid of mixing genres.

While he started off in jungle and drum 'n' bass, and over the years, he has progressed to techno and house, today he finds he combines elements of all styles and genres to create music that will appeal to an array of party goers.

But it was still the genre he discovered at the beginning, on the New York rave scene, which was hugely influential on his style and sound.

"I think today, I'm still very influenced by the sound palate of drum 'n' bass - the bass pound, the build-ups, the tension, the use of empty space, creating this mysterious vibe, and I still use that, but I just appropriate it into more of a house tempo, because I always found that house music, like 125, 130 BPM, is a tempo that everyone loves to dance to."

But drum 'n' bass is a bit more of a purist genre, in a sense, and one that leaves less room for the experimentation that DTL is so fond of.

"There's not a lot of breath in it - everything is so fast and compact, while with house music, you can really play with the space, and create an environment with the sound."

After freeing himself from the traditional dance music formula, he was able to take his sound to the next level.

"I think it's important to keep your options open, keep your mind open and keep those frequencies wide open, and keep that range open and experiment with that. It's all about the attitude and the energy of the song, to me."

Because his sound was so experimental, no label was interested in carrying it. So DTL started the Trouble & Bass label with his own crew. They started throwing epic parties, and putting out music that was strongly influenced by dup step, breaks drum 'n' bass out of the UK, melded with the American sounds of Chicago, New York and acid house. The end result was a totally new style: think wobbly bass lines coupled with house beats.

And that sound has caught on. He's toured with the likes of pop star, Robyn, remixed for Moby, Blaqstarr, Rex the Dog and Armand Van Helden, and written songs with Diplo and Herve.

He most recently wrapped up the Scion Metro tour, which took him all over the Midwest States with the likes of fellow DJs Craze, Blue Jemz, and Rob Wonder. Then, it was on to the Nocturnal festival in California, where he played to thousands of screaming fans.

But the best show of the season had to be Coachella, where he played in the Sahara Tent.

Though the big festival gigs are always amazing, Venezia points out that it's a totally different atmosphere than a nightclub.

"Don't get me wrong - a club show, I sometimes like a lot better because you can really connect with the people. It's a different experience."

He's currently putting the finishing touches on his most recent full length album, which is set to drop early next year, and getting ready to head back out on the road, hitting up stops across Canada, including his first-ever appearance in Whistler.