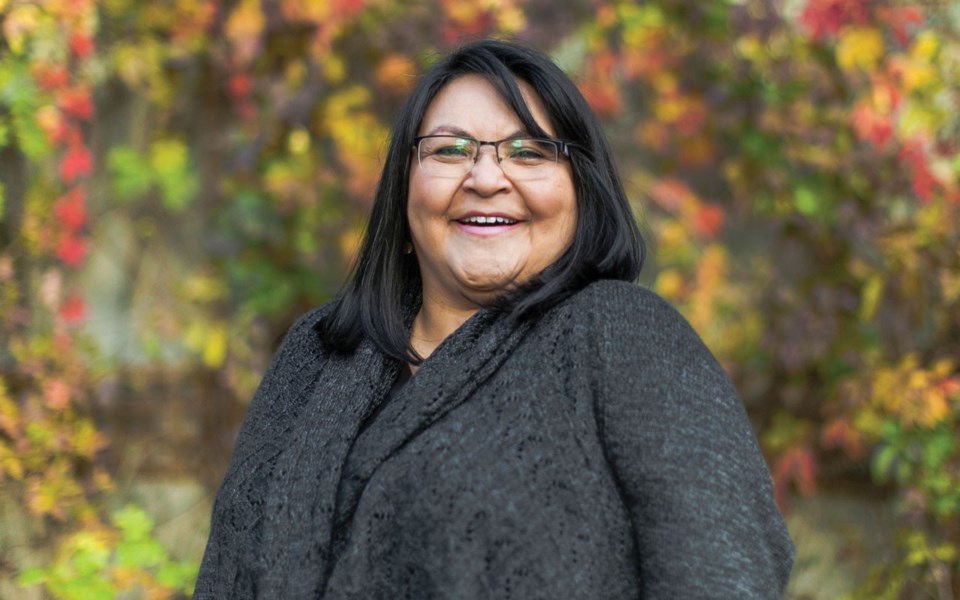 read on Eden Robinson is the author of Trickster Drift. photo submitted

Getting out of Kitimat was meant to be a lifesaver for Jared.

In Trickster Drift, Eden Robinson's sequel to Son of a Trickster, Jared heads to Vancouver to upgrade his marks at BCIT. While still at home, he discovered that his real father is Wee'git, the Trickster, maker of all mischief in First Nations lore. Eager to deny this truth, he was dragged into a swirl of never-ending parties led by his witch-mother, Maggie. One of his mother's boyfriends, David, had taken pleasure in hurting Jared. His mother's response was to nail gun David to the floor.

Now, Jared is almost a year sober and desperate to escape the party lifestyle and his mom's insistence that he embrace his magical power. His only wish is to be solely human; find a job, a safe place to live, and to study. When Jared has an unnerving encounter with David who is now stalking him, he accepts the offer of a place to live from his Aunt Mave.

Mave is a respected poet, non-magical and happy to have Jared with her. She knows nothing about the ghoulish creatures that live in the walls, floors and ceiling of his room, or Dent, the bathrobe-clad, Doctor Who-watching ghost that claims her couch.

Dent knows who Jared really is and comments that he is "the biggest chaos" that he's ever met.

Regardless, Jared attends class, gets work in a donut shop and finds solace in cooking; wild meats, bannock, and meals that bring back memories of security. But he cannot escape who he really is, and so when David's stalking becomes violent, culminating in a vicious attack, Jared morphs into his true shape.

His realization of what has happened and the subsequent disturbance in the otherworld, forces Jared to ask for help from another aunt, Aunt Georgina. Unbeknownst to Jared, Georgina's answer is to unleash the monster lying beneath her skin, and in so doing, unlocks a pandora box of chaos.

Robinson has peppered Trickster Drift with passages about the geological birth of North America, First Nations myths, a scan of Vancouver, and other vignettes that add depth and context to the story. The overarching theme in Trickster Drift is aptly voiced by Neeka, an otter trapped by the Trickster in a human body.

"Family is all," Neeka said. "Everything else is noise."

Robinson has created a smart, funny and very likeable character in Jared and the reader will yearn for his success and fear for him as the evitable pull to embrace his power is realized.

Libby McKeever is a retired youth librarian, book reviewer for CM Magazine and a burgeoning writer of youth fiction.

See her at the Whistler Writers Festival on Oct. 12 at 4 p.m. in discussion at the Booklovers Literary Salon with Hal Wake, former festival director of the Vancouver Writers Festival. Robinson will also be presenting to Whistler Secondary students as part of the Authors in Schools program. For more visit www.whistlerwritersfest.com.