Pro skiers Anna and Nat Segal examine their relationship to fear in Finding the Line
Jan 20, 2018 5:35 AM By: Brandon Barrett 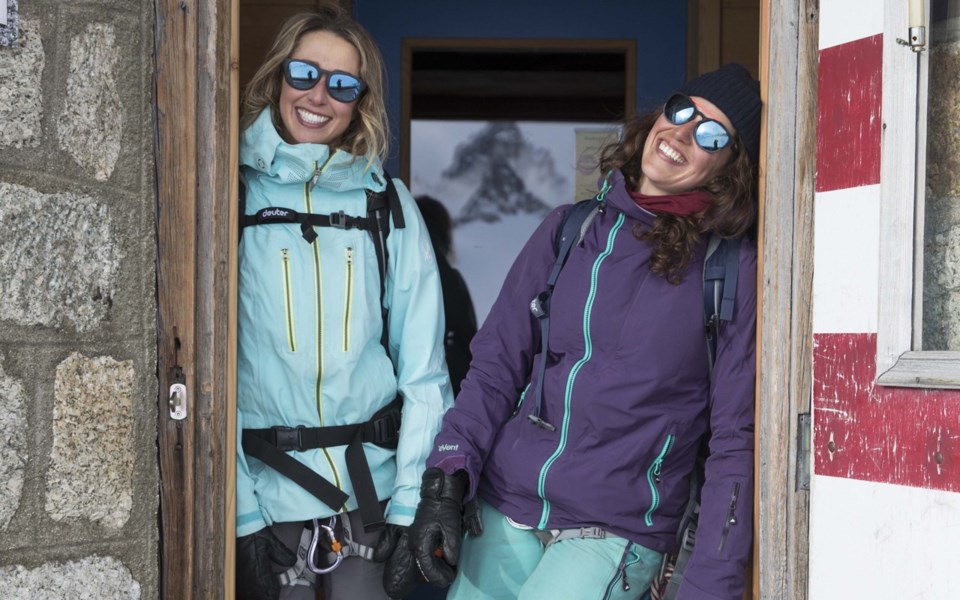 There's a common belief that you have to face your fears in order to conquer them. But for pro-skiing siblings Anna and Nat Segal, the reality is slightly more nuanced than that.

"Understanding your fears is the best way for people to progress in whatever they want to achieve in life," says Anna, 31. "It's not necessarily about conquering or overcoming your fears, it's working through them and around them in the best way possible."

This notion lies at the heart of the Aussie sisters first feature film, Finding the Line, which premieres in Whistler this weekend. The documentary follows Anna, a former X Games and world slopestyle champion, and 29-year-old Nat, a veteran of the Freeride World Tour circuit, as they hit some of the most daunting backcountry terrain in B.C., the French Alps, and Alaska.

But this isn't just another ski-porn flick. Finding the Line's interests run deeper than that.

"There were a few things within our skiing, and within ourselves, that we wanted to explore and we thought film would be a good medium," Anna explains.

Like a lot of extreme athletes, the Segals have a special relationship with fear, although each of them processes it in different ways. Nat, the consummate worrier, is the first to speak up when the terrain looks risky or someone is taking a dangerous line. Anna, meanwhile, is the cool customer, never letting her fellow competitors see her sweat — despite the turmoil she might be feeling on the inside. (This was proven out at the 2014 Olympic Winter Games in Sochi, where Anna somehow managed a fourth-place finish despite tearing her ACL a month earlier.)

"Throughout the filming and editing process, I think the realization came that I was actually afraid of things, they just weren't physical things. It was more of a social fear of being judged and what other people thought," she says. "That came back to my skiing a lot of the times when I did push through the fear; I was worried if I didn't that people would judge me."

It's a troublingly common trend researchers have observed more frequently in recent years as hordes of skiers and snowboarders have swarmed the backcountry. There are more avalanche-prevention courses on offer than ever before, and yet, even armed with the right training and equipment, seasoned skiers still fall prey to the social pressures that persist in practically every other facet of life.

In a sporting culture that glorifies big risks, "nobody," as Anna puts it, "wants to be the pussy."

"I think it's a mask that people doing these more extreme things put on, because they don't want to make other people worry and don't want them to lose faith in you as a stress-head."

Anna is hopeful the film will spark a discussion around how we use fear in the backcountry. An effective biological tool if ever there was one, to harness your fear requires a certain knowledge of self that can't be attained by simply hucking yourself off a steep cliff, she explains.

"We want people to reflect on what they're afraid of, not superficially, but deep down," says Anna. "It does take a while to really pull it out of yourself. I mean, it took me two years of interviewing people and talking about my feelings and flipping out and editing and rewatching footage to actually figure it out."

Finding the Line has its world premiere at the Maury Young Arts Centre on Saturday, Jan. 20 at 7 p.m. That all-ages screening is followed by a second screening at 9 p.m. for ages 19 and up, with a cash bar. Tickets are $15, available at artswhistler.tix.com.