Catch the best of the festival, music and competitions to celebrate mountain culture
Apr 13, 2016 6:00 PM By: Cathryn Atkinson 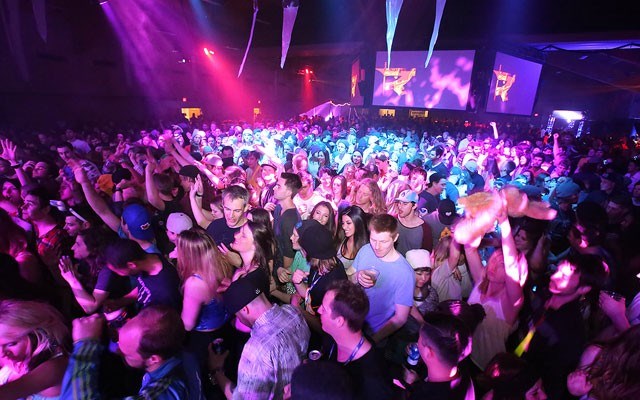 Dance night The End at the Whistler Conference Centre is the final party night of the World Ski and Snowboard Festival, on Saturday, April 16. FilE PHOTO by Dave Humphreys courtesy of WSSF

It's the final weekend of the World Ski and Snowboard Festival (WSSF) and there are still plenty of opportunities to party, dance and sit in on competitions.

Tickets can be purchased for ticketed events online at www.wssf.com or at the box office in front of the Whistler Conference Centre.

The State of the ART show continues in the foyer of the conference centre until the end of the festival.

The Silent Disco is a unique party where you arrive, grab some headphones, choose from three DJs playing their music on three difference channels. You can mix and match, so long as you keep shaking.

WSSF finishes the parties on Saturday, April 16, at 10 p.m., with The End at the Whistler Conference Centre. The party night has Case of the Mondays, Mat the Alien, Neon Steve, and Pendulum DJ Set & Verse.

The 2016 World-Wide Olympus Pro Photographer Showdown on Thursday, April 14, at 8 p.m., is the pre-eminent action sports photography event in the world.

Five of the best photographers in this field pull together their careers' best work to showcase what they have done in far-flung parts of the world.

Best of Show at the Whistler Conference Centre gets the $10,000 first prize.

Intersection on Friday, April 15, at 8 p.m. is a night of the best in pro action sport filmmaking.

The chosen crews have seven days to shoot, edit and produce a five- to seven-minute ski and/or snowboarding film and capture a whole lot of shredding.

And if you miss any of the competitions, you get the chance to see the winning film from the 72hr Filmmaker Showdown, Interaction and the Pro Photographer Showdown at Best of the Fest.

All proceeds raised by the $25 tickets will go towards supporting a Syrian refugee family in Whistler for the next year.