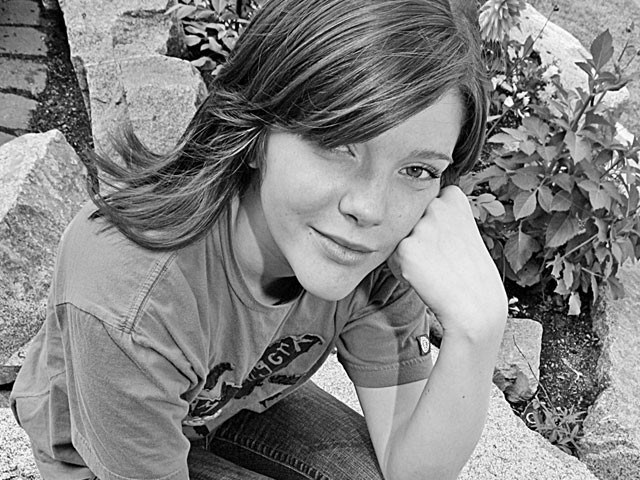 Celebrating Local Talent EMI recording artist and Whistler local Ali Milner performs on Saturday, Oct. 28 at 6 p.m. at the Whistler Art Council's 25th Anniversary celebration then in the lounge at 8 p.m. at the Four Seasons Resort. Photo by Maureen Provencal.

A lot has happened to singer/songwriter Ali Milner in the three years since the then 14-year-old recorded the tracks for her self-titled debut album for Venus Records.

She is now as an EMI recording artist. Not even of legal drinking age and already the Grade 12 Whistler Secondary School student entertains the martini-clinking crowd weekly on grand piano at the Fifty Two 80 Bistro and Lounge.

She stepped up to celebrity status this year, schmoozing at the Juno Awards, keeping company with the likes of Billy Talent, Ron Sexsmith and Alexisonfire.

She sang at the Toronto Film Festival after-party circuit, not once, but twice, and received personal invites to perform again at Toronto’s prestigious Drake Hotel.

She was recently forced to decline a private gig in San Francisco next month — she was already scheduled to perform at a movie industry party in Vancouver.

She spent the last three weeks recording with three producers from Banana Toons, producers who have worked with pop music moguls such as Jessica Simpson, Kelly Rowland and The Corrs.

But if you want to find out any of this information, inquiries are made through her dad, Ted Milner, (who professed he no longer has an identity, other than Ali’s career manager) and that is because this humble Whistler gal takes her pictures in magazines’ who’s who society pages all in stride.

The grounded talent keeps her eyes and heart on making music, on driving twice a week to Vancouver for vocal and piano lessons, and more often than not these days, on the homework piling up in front of her.

“I missed a lot of school because I was recording and writing with Banana Toons and Shred Records for three weeks,” she said. “I worked with them Monday to Thursday and sat in a room and wrote all day.”

Only 17 years old, it takes a lot of courage to look such experienced producers in the eye — Banana Toons have sold more than 40 million records — but Milner did so with much success. She was already a pro at 14 years old when she signed with Zack Werner, the infamous Canadian Idol judge and owner of Venus Records.

She’s always been a wonder child. Her debut tracks, steeped in jazz, demonstrated the young singer/songwriter and pianist wise and learned well beyond her years. But in her three latest recordings, Ali has really found her voice — rich, lustrous and with soul.

“It’s not all jazzy,” she said of her new music. “I’ve sort of grown from that. To be a really successful jazz musician, you have to commit your whole life to learning. I did it when I was 14, but I am a completely different person now. I am not going to be a complete ‘jazzoid’ (laughs). It was time for me to try something new.”

A parent reaction came to the new track Chasing Alice. Club beats? Where is the young girl that giggles her way through interviews? Sassy lyrics paying tribute to adventures with her best friend Jessie energized the already catchy pop hooks.

But it was the sultry, moody sound of Crystal Clear and the playfulness of Rainy Day that really sold the idea of an all grown up Ali. The tracks are radio-friendly songs on the surface, but Ali’s musicianship really gives the pop sound roots. While jazz is no longer her music focus, her phrasing and rich vocals fill out the mainstream sound with some soul.

The tracks are currently being shopped by Banana Toons producers to London, New York, Los Angeles and Japan in an effort to find funding for Ali’s next album.

For now, it’s hitting the books, only this student is not awaiting a career, but maturing into one.