The inside scoop on Whistler's annual alcohol-free, family-friendly festivities
Dec 31, 2010 7:25 AM By: Holly Fraughton 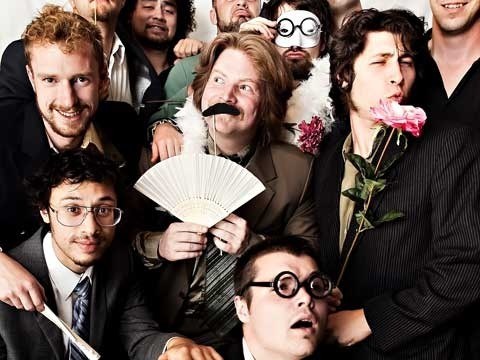 Anyone who's been in Whistler to ring in the New Year is well aware that there are plenty of parties going on around town for the "party-hardy" pack. But what about the families? Where can they go to celebrate the end of one year and the new beginnings of another? That's where First Night festivities come into play.

"This is the brainchild of Sandra Smith (Bylaw Supervisor for the RMOW) and Maureen Douglas, as I understand it," explained Sue Eckersley, president of Watermark.

"I think it was as a result of concerns around safety in the village," she said.

"We're basically trying to fill the niche of those people who don't necessarily want alcohol as part of their New Year's celebration, or other people around them with alcohol. In particular, obviously that targets a family market, making sure that kids have a safe, secure and also creative environment to play in during New Year's."

The end result is an alcohol-free, positive environment for people of all ages.

"It's a whole lot of fun, and there are a lot of families with kids, but there are also older people of every age that want to come out and just enjoy a bit of good music and great crafts and enjoy storytelling, all those kind of things that are part of First Night."

The musical lineup for the 2011 celebrations include three acts on the main stage in Village Square - Vancouver's Five Alarm Funk, Whistler's own Brother Twang and Squamish's Scott Verbeek. While all have performed in Whistler before, it's Five Alarm Funk and Brother Twang's first time at the NYE event.

"Most of the lineup has changed: we make sure we refresh that every year," Eckersley said.

For six of the past eight First Night parties Watermark has organized, they've had Whistler DJ Mat the Alien spin through the countdown, welcoming the New Year. But this year, Mat's playing a gig in the city, so Five Alarm Funk will be playing the big midnight moment.

"Five Alarm Funk came to Whistler their first time with Mountain West (Music Fest) a couple years ago, and then we've had them at the World Ski and Snowboard Festival and Whistler Live! put them on their stage, as well. They're just a group with high energy, really great people to work with, and really appeal to just about anybody. I've never met anybody who doesn't like watching them!"

Eckersley compares their energy and vibe to that of the iconic Canadian folk rock band Spirit of the West, which played First Night a few years ago.

Five Alarm Funk plays two sets on New Year's Eve - once at 9 p.m. and again at midnight - but organizers have also made an effort to include Sea to Sky artists on the bill, with the addition of Brother Twang and Scott Verbeek.

"(Verbeek's) doing really well! He's now at Berklee taking music, so we're very excited about welcoming him back and seeing what one year at university has taught him in the music world. So it will be great to see him back up on the stage and supporting him in the infancy of his career."

On top of all of the music set for the main stage and secondary stage in the conference centre, there is also a range of other live entertainers on-board for the evening, including the Fire Moths, juggler Matt Levy, Cruelty-Free Cartoons and the Trollsons. Levy and the Fire Moths will roam through the crowds and perform in the conference centre, where Whistler's Vibe Tribe dance troupe is also set to perform a few numbers for the masses around 7:15 p.m. People are sure to be lining up throughout the evening to see Cruelty-Free Cartoons' artist, who will be sketching caricatures. Meanwhile the Trollsons family of costumed storytellers will be regaling people all night long.

To cater to the teenage crowd, Watermark has again brought in Much Music to host their Much Video Dance in the conference centre. They effectively transform the space into a nightclub scene (minus the booze), complete with pool tables and foosball.

"We call it the First Night Club, and it's really fun for teenagers because we don't actually allow parents or children under 13 to go in," Eckersley explained. "So it gives them their space, which is what they really like."

The video playlist is produced by Much and the entire event is supervised, so parents can rest assured that they're leaving their older kids in a safe environment.

"We think that's important, both for our local kids and for visiting teenagers."

Whistler Blackcomb is also returning with their annual torch light parade, which sees a parade of skiers and snowboarders make their way down Whistler Mountain while holding candles.

"It's quite cool, and on a clear night, you can see them as they snake down the mountain and arrive in Skiers Plaza."

Organizers have also upped the ante with their "participation stations."

"It's always something that is well-received. The kids just get in there and just go craft crazy!"

The First Night action starts at 6:30 p.m., and everything wraps up about a half-hour after the countdown. Weather-wise, there's really no way to tell how things are going to go, but they do have a nice, cozy spot set up in the conference centre for people to go and warm up in.

"I have made it a point in my entire event career not to watch the forecast," Eckersley laughed. "We're ready for the worst weather, but we hope for the best."

The event usually attracts about 3,000 to 3,500 people, though they can accommodate up to 5,000. Ticket prices are $15 for adults, $8 for kids 12 and under, and free for kids under the age of two, though prices do go up the day-of the event. For more information, visit whistlerfirstnight.com. Advance tickets are available at the Whistler Visitor Information Centre, Meadow Park Sports Centre and online at whistler.com.