Norman Foote performs with the Whistler Children's Chorus this Friday
Nov 23, 2011 8:35 AM By: Stephen Smysnuik 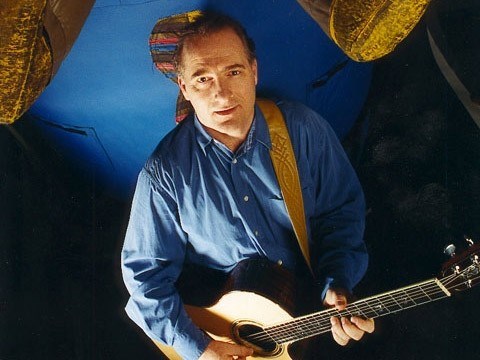 WHO: Norman Foote with the Whistler Children's Chorus

Only good can come from this. Norman Foote, renowned children's performer, is staging a concert with the Whistler Children's Choir. Between the enthusiasm of these kids, and Foote's whimsical children's songs, it seems to be a match made for the mountains.

Only, well, it's not what you think. While the chorus will be singing along with Foote, much of the hour-long concert will include impromptu, improvised comedy that the children will be made a part of.

Part of the fun of the evening, he says, will be in how the children react.

"It becomes theatre of the round," he says. "Not only am I entertaining these kids on stage but I'm entertaining those in the audience. It's an interesting dynamic."

He says that he'll be performing some new songs, some songs off his 2009 album Love My New Shirt , as well as some older classics spanning his 20-year career as a children's performer.

"The choir embellishes it (the songs) and adds a very interesting dynamic," he says. "What it does is it ties me to the community."

This Friday, in fact, will mark the Vancouver-based musician's annual performance in Whistler. Every year, he's managed to perform here and every year he's proven to be one of Whistler's most popular entertainers.

"Whistler's always treated me really well and I've played up there on various (occasions). I've played some wonderful gigs up there and I still really love to come to Whistler to perform and I'm very thankful to all Whistler people who have supported me," he says.

Because this is the case, Whistler people will already know that the Squamish-born songwriter spent summers in a family-owned cabin on Alta Lake. And that he's written songs for Walt Disney Records and Shari Lewis. Or that his jazz-, pop- and folk-tinged songs rival Fred Penner's own as classic children's Canadiana. Or even that his performances are as entertaining for kids as they are for adults and that he's won numerous awards.

Last year, he won his first JUNO Award for My New Shirt . He says that album was written literally about a new shirt. It was actually an old shirt that he'd bought at a thrift store, but it was new to him. He liked the shirt so much that he started humming a tune, repeating the phrase in his head, "I love my new shirt." He grabbed the guitar and, out of the blue, had written this brand new song.

"A lot of it is just letting it flow and not thinking about it too much. And so both my teenagers looked at me and said, 'Come on, you're not going to write a song about this shirt, right?' I said, 'Yes I am.'"

He named the album after that shirt and that was the album that finally earned him a JUNO.

"It goes to show, don't listen to closely to your teenagers," he laughs. "That's one of the messages. And the other message is how a little idea can be parlayed into something you're really proud of and you never really know what kind of wings it will have once you believe in your ideas and follow through."

And that, he says, is his message for kids, and what he hopes they all take from away when they leave his concerts. He sings about the little things, the day-to-day events that make up the weird, wild web of their existence, and he tried to inspire them, at their young age, to start expressing themselves, freely and openly.

Only good can come of it.