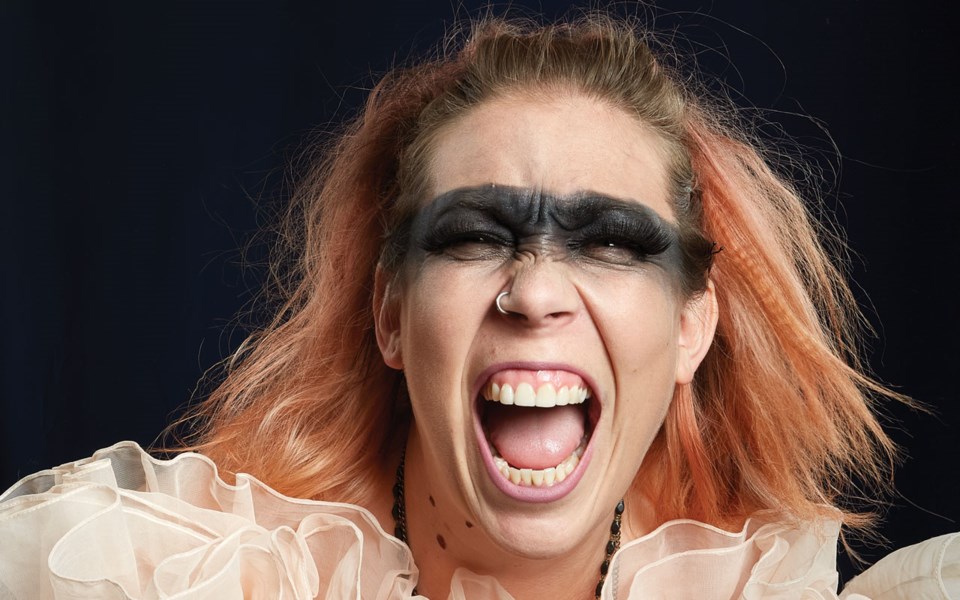 Emily Molloy has two new singles out now as part of a forthcoming EP. Photo by Mary Matheson

Emily Molloy is an album girl living in a singles world.

Late last month, for example, she discovered Deftones quietly released a new record and so she spent the day listening to the entire thing.

“I grew up with [the routine] you go buy a CD and spend the day going through it,” she says. “You look at the lyrics and open it up. Now, it’s not like that anymore. It’s a singles kind of game. It’s easier, strategically. You get a lot more bang out of your buck if you release everything as a single.”

To that end, you might not be surprised to learn that Molloy has been parsing out bits of her forthcoming four-song EP. The first single, “Catastrophes,” a gritty blues track, came out on March 31.

The second, “Purple Sunbeams,” followed months later on Sept. 25. Tapping in to her love of gritty ‘90s grunge, the song displays her versatile vocal range, culminating in a core-shaking cathartic wail.

The video, which she initially put together herself—save for some help with editing from a friend who also insisted she include footage of herself—likewise draws inspiration from her preferred era.

“It’s total ‘90s nostalgia,” Molloy says. “There’s elements of Marilyn Manson and Queens of the Stone Age … The video, for me, was really reminiscent of Much Music.”

One of the final two songs, set to be released before the end of the year, is a departure for the former Whistlerite.

“The next two songs, one is really bluesy-rock and the other is a very beautiful, heart-wrenching ballad,” she says. “I think I might be most excited to release the ballad.”

While Molloy—a past winner of The Crystal Lounge’s Whistler Music Search—might be best known for her high-energy shows, she finds herself penning those slow, emotional songs more often than people might think.

“I’m totally that person—high energy and screaming—but a lot of the music I write is hilariously soft,” she says. “I’m always releasing that high-energy stuff, but a lot of the time, I’m writing ballads and trying to figure out how to make them not ballads.”

New music aside, Molloy is marking two years since she moved from the resort to Vancouver.

“It’s been awesome,” she says. “I do miss a lot of aspects of Whistler. The quiet and living in a mountain town is really awesome. I’ve done it most of my adult life. But I needed to make the move to the city and I actually started progressing in terms or music.”

To that end, pre-pandemic, she played her first show as an opener at The Rickshaw and started playing around the city helping out on vocal duty for various bands.

“Over time, I’ve been picking up momentum and starting to play bigger shows,” she says. “I’ve been joining a couple different bands, which has been cool.”

While she hasn’t been able to return to the stage the way she’d like, as ongoing pandemic restrictions have eased, she’s been playing with musicians in her bubble again.

For now, though, she plans to focus on the EP release. “It’s really nice to be releasing music at least and it’s something I feel like I need to be doing right now,” she says. “It’s what I want to be doing, but also what I need to be doing.”

Hear the first two singles on all streaming platforms. To keep up with new releases, and to see the videos, head to emilymolloymusic.com.