Gallery owner up for Women of Distinction award 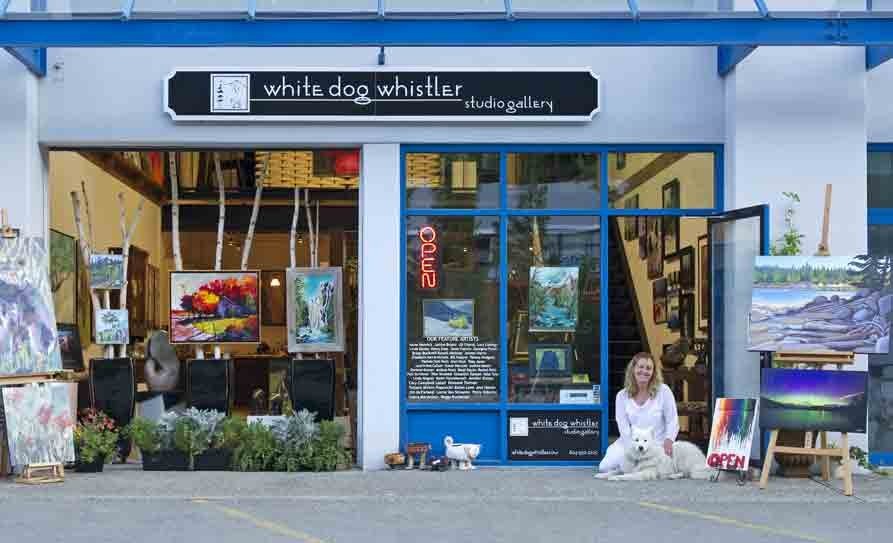 Local gallery owner Penny Eder has been nominated for the prestigious Women of Distinction Awards handed out annually by the YMCA Metro Vancouver.

Eder, who founded the White Dog Studio Gallery and has served on various local arts committees over the last 20 years, was nominated in the arts, culture and design category. "I'm so excited," Eder says. "It's a complete honour."

Eder is up against three other women, including Chan Hon Goh, director of the Goh Ballet Academy, Malene Grotrian, a Vancouver fashion designer, and Felicia Lo, founder of SweetGeorgia Yarns.

"The women that are (nominated) are absolutely spectacular," Eder says. "I know quite a few of them. It's a real honour to be part of such an amazing group of women."

The winner of each category — which run the gamut from community building to health and environmental sustainability — will be announced at a banquet May 28 at the Westin Bayshore in Vancouver. Each nominee will speak briefly about their inspirations and beliefs.

Fittingly, Eder says her introduction to the arts as a kid was at a YMCA summer camp, where she later became an arts camp councillor. Her mother — who will attend the ceremony with her — kept the little paper clay fish she made there. "I still have that very first piece I ever sculpted," she says.

The artists represented at Eder's gallery have also offered words of encouragement. "I'm completely humbled by the amount of support I've had by all of my artists here," she says.

One other Whistlerite has been nominated for an award. Shannon Susko, president of DST Subserveo, is up for the entrepreneurship category.