Get off your buns and dance at the Whistler Children's Festival 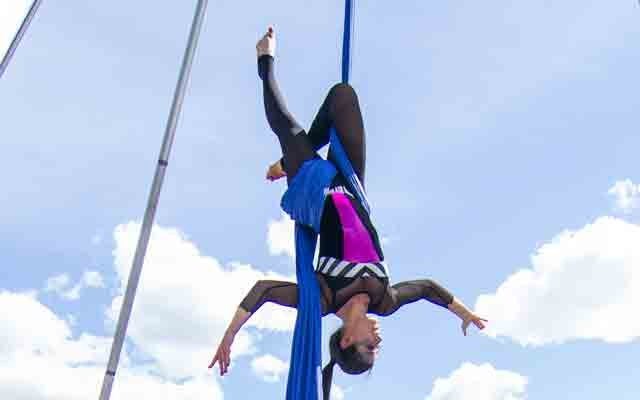 Ira Pettle wants you to dance.

Actually, he wants you, your children, your mother, cousin, the family sitter and just about anyone else in sight to get up and boogie down.

In fact, if the multifaceted entertainer has his way, the 31st annual Whistler Children's Festival will not only mark the biggest family event of the summer, but the biggest dance party for kids Whistler has ever seen.

So wear something stretchy.

"We're going to try and set the record in Whistler for the most kids partying at once," says Pettle, who will close out the festival's final day with an interactive performance on the Olympic Plaza main stage.

Joined by his team of two dancers and a DJ, Pettle, who is co-hosting the festival with performer and writer Heather Paul, hopes to inspire not just the young, but the young at heart with his interactive show featuring upbeat music, dance, games and prizes.

"Parents are definitely included in the program — it's not just going to be the kids moving," he explains. "Parents, babysitters, grandparents are all going to be invited in at different times to be part of the show, and then it ends with everybody together."

Pettle's all-encompassing approach is a fitting way to close Whistler's longest-running festival. The Whistler's Children's Festival, organized by the Whistler Arts Council (WAC), has never been about just one thing, but offers a wide array of engaging activities, creative workshops and dazzling performances that seem to delight those from age eight to 88.

Actually, that last point is not entirely accurate, considering there will be lots on offer over the festival's two days for children of all ages, including a fun-filled tent aimed at Whistler's littlest residents that has been included in the program for the first time.

"In the last eight to 10 years there's been a baby boom in Whistler, so we're responding to that by adding Toddler Town, a full-on activity tent for the five and unders," explains WAC event manager Lucie Lareau.

While the wee citizens of Toddler Town are entertained by a dress-up area, storytelling and a variety of games and puzzles, there will be plenty of free activities for the rest of the kids as well, including face painting, balloon twister Jared Wilbur, plenty of arts and craft making, as well as the Emerging Artists' Stage for young entertainers.

This year's robust program also includes 19 paid creative workshops, including some classics of years past like soapstone carving and t-shirt making, along with some new additions, like a patio-lantern-making session, tin-can robots and cereal box jet packs.

Lareau explains why it was so essential to have hands-on workshops scheduled alongside the popular lineup of performers the festival has become so known for.

"I find with performances you're more passive, you're watching somebody, so by getting kids into their creativity and tapping into their imagination, it's easier to get them involved," she says. "It's a way to inspire people. It's nice to sit and watch, but with kids people like to be active. It's a nice mixture of both."

Returning for the seventh time this year is a team of students from the Vancouver Circus School, who will host two workshops along with a pair of awe-inspiring performances on the Olympic Plaza lawn.

"There will be some trampoline, some aerial work, some ground-level prop manipulation, so juggling and things like that," said the school's owner, Travis Johnson, of the circus workshops.

"Essentially people will get to go at their own pace and own skill level... so I think the kids will really get attracted to having the ability to do their own thing their way and being celebrated for it."

Coming to the festival for the first time will be the Vancouver Aquarium's AquaVan, giving curious kids the chance to interact with some of the West Coast's most unique creatures in their interactive Touch Tanks.

"The live animals we're bringing with us are all invertebrates, so we'll have sea stars, sea urchins, hermit crabs and snails," says the AquaVan's acting manager, Catriona Wilson.

"The reaction from the kids is usually pretty excited, especially for a lot of kids who don't even realize that some of these animals exist."

For the second year the festival will be held at the Olympic Plaza, where the event was relocated to from Creekside. The new location resulted in a doubling in attendance last year to nearly 6,000, so make sure you register now for paid workshops before all the spots get snatched up.

The Whistler Children's Festival runs Saturday and Sunday, July 12 and 13, from 10 a.m. to 4 p.m. Admission is $5 per day. Visit www.artswhistler.com for registration and the full schedule.