Going blue to protect our water

Maude Barlow to take part in Whistler Writers Festival Saturday Night Gala with new book, Whose Water Is It Anyway?
Oct 17, 2019 2:00 AM By: Alyssa Noel 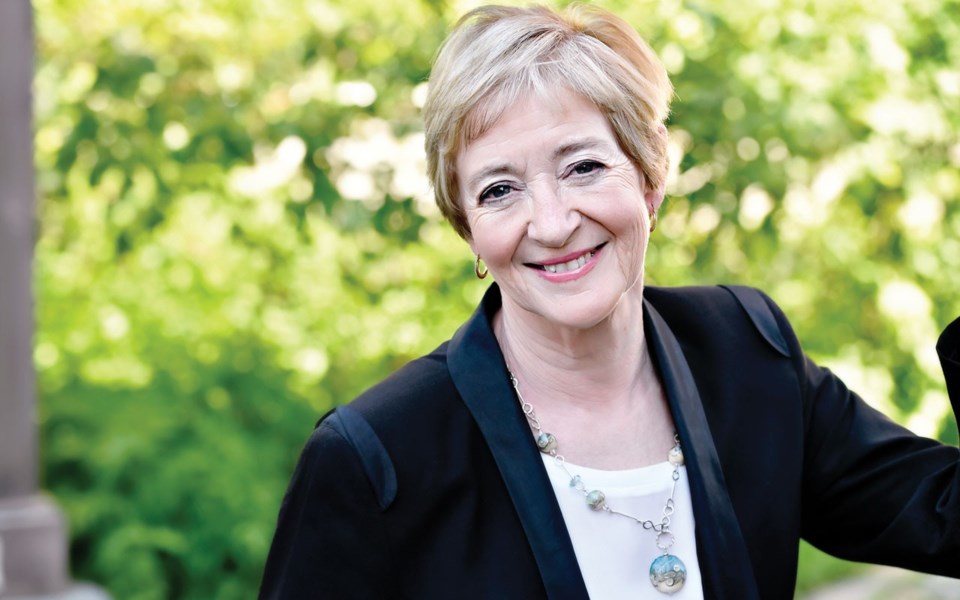 Maude Barlow is set to take part in the Whistler Writers Festival on Saturday, Oct. 19. Photo by Michelle Valberg

Maude Barlow just might have tapped into the one issue all political parties can agree upon.

It might seem like an impossible feat in the midst of this fiery federal election season, but it's rooted in the most basic of human necessities.

"It's interesting, I keep thinking if anyone would jump on this issue—there has been some small [campaign promises] in a limited way with the lack of clean water and sanitation in some First Nations communities, but it's been limited," she says. "Any political party that would grab it would do well."

Barlow is a long-time activist and author who has been advocating for water for decades. Most recently, she released the book Whose Water Is It, Anyway? Taking Water Protection Into Public Hands, which she will be talking about during the Whistler Writers Festival Saturday Night Gala on Saturday, Oct. 19.

The book focuses on The Blue Communities Project, an initiative to encourage municipalities, Indigenous communities, and other institutions to recognize water and sanitation as a human right; ban or phase out the sale of bottled water in municipal facilities and at municipal events; and promote publicly financed, owned, and operated wastewater services. So far, Paris, France, and Bern, Switzerland have signed on.

"We thought of this originally only for Canada and Canadian municipalities," says Barlow, one of the founders of the movement. "It was a very Canadian strategy ... It took me by surprise when it became popular in Europe and at universities. We've got our first public school in Quebec and first school board in Montreal [signed on to be] Blue Communities."

While she's been writing and talking about the issue of water for decades, Barlow adds that she has seen progress, for one, on the bottled water front. "I think there's a real shift," she says. "Understanding the plastic crisis has helped people. New studies telling us the tiny particles of plastic are worse in bottled water than tap water because it's coming from your plastic bottle, I'm hoping if they don't care about the issue generally, they care about their health."

But there are still challenges. For one, Canadians often have a misconception that our country has endless clean water.

"We have 20 per cent of the world's fresh water ... [but] the proper allocation is accessible, fresh water, which means you're not hurting the source. We have 6.5 per cent of the water we can use without harming our water system. It's still a lot of water—particularly if you look per capita—but it wasn't what we've been raised to think," she says.

On the Western leg of her book tour, Barlow says she plans to raise a topic that's particularly important in this province. "I think you're going to find a movement against the bottled water industry in B.C.," she says. "Agriculture Canada is promoting bottled water export [from] Canada. There's the federal government saying, 'We're going to do away with single-use plastics in a year.' Well how are you going to do that?"

Meanwhile, in Whistler, Barlow will be paired with novelist Omar El Akkad in a conversation led by writer Bill Richardson about themes ranging from global resources to war and human rights. (El Akkad's novel, American War, is set in the not-so-distant future where a second Civil War has broken out around the use of fossil fuels.)

"It's quite exciting to share the platform with somebody who's seeing the issues you do, but expresses them through fiction," she says. "It will be an unusual, but wonderful evening."

The Saturday Night Gala takes place on Saturday, Oct. 19 from 8 to 10 p.m. at the Fairmont Chateau Whistler. For tickets visit whistlerwritersfest.com.