Let the record show that humans, most of us anyhow, are social animals. Which means when you lock us up in isolation for a month, shit starts to get squirrely. And the cause and effect are the same: the internet.
Apr 18, 2020 2:00 AM By: Feet Banks 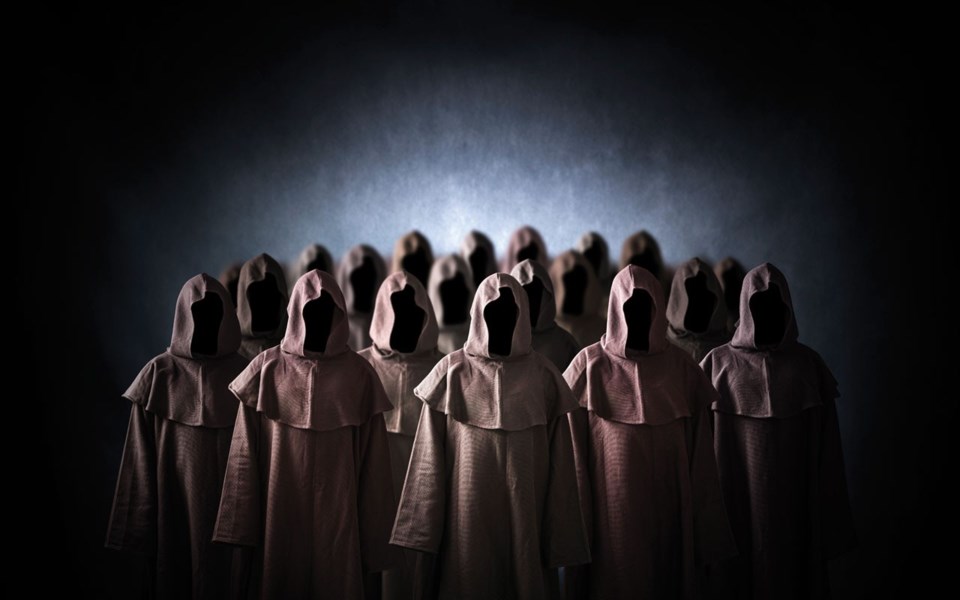 Indulge in a not-so-out-to-lunch conspiracy documentary with Out of Shadows. Getty Images

Let the record show that humans, most of us anyhow, are social animals. Which means when you lock us up in isolation for a month, shit starts to get squirrely. And the cause and effect are the same: the internet.

It appears the collective unconscious is at the "conspiracy" stage of social isolation and the webs were ablaze this week with tell-all videos breaking down everything from the "real" origin of the coronavirus to the problem with Bill Gates, 5G Death Guilds, Trudeau's Easter commute, or, the big one of the week, that CIA-approved Satanic pedophile cult with deep ties to Hollywood, the mass media, and the leaders of the free world.

I don't usually review internet "documentaries" here, but let's be honest—what else is there to do these days? And Out of Shadows, available on YouTube (and in your more woke friends' social feeds) is worth spending some column space on, if only because it's not totally out to lunch.

Created by two ex-Hollywood stuntman, the hour-and-17-minute exposé starts as a cautionary tale about the centralization of power in the North American mass media (that's true), then gets historical with Project Paperclip (CIA grabs all the top Nazi scientists at the end of the Second World War and gives them jobs in Iowa: true) and MK Ultra (CIA uses LSD, torture and brainwashing techniques to try to create a super soldier: true). After that, it claims the existence of CIA-run "honeypot brothels," where prominent politicians/business leaders/anyone, would be photographed having sex with underage girls for future blackmail opportunity. The film infers (via editing) that the Playboy Mansion was such a venue (and the movie Bad Times at the El Royale is essentially based on the same concept). This is unproven, but also makes a lot of sense if you wanted to control a bunch of lecherous, old, white men (a.k.a.: the leaders of the world circa forever). Underage-sex blackmail is probably the best way to ensure buy-in.

Eventually, around the 45-minute mark, Out of Shadows hits its thesis statement, that Hollywood (and the American power elite) is run by a satanic, pedophile cult that dictates celebrity and pulls the puppet strings. (See also: Jeffrey Epstein, Prince Andrew, Pizzagate, and a ton of Corey Feldman rants over the years.)

Here's the thing, there are plenty of super out-there claims (if Katy Perry is an agent of the devil, I want my money back for all those Slayer records), and the flick uses the same techniques of editing and soundtrack manipulation it accuses Hollywood "propaganda" of, but regardless of where you lie after a viewing, I think these sorts of videos are worth watching once in a while, if only to reiterate that we should never believe anything unquestionably. Can we thank the CIA for LSD? Yes, we can. Was Top Gun an navy recruitment video? It sure looked like it. Did Epstein really kill himself? Ha! Did the 24-hour news cycle wash that story out with some other "controversy" before we even had time to process it? Yeah, probably. Is the mainstream media unbiased? Certainly not. And, as savvy citizens of the planet, it's our duty to question everything because power corrupts, politics is the strongest drug going, it's impossible to "earn" a billion dollars (you have to take it from others), and the system is rigged for the rich to get richer and the rest of us to limp and scramble from one mini-crisis to the next, so that we never have the time or energy to change anything.

Also, the Russians basically control social media. Of course, the solution to all the internet overload, the disinformation, and the online culture of hating and snitching on our neighbours, is simple: turn off the screen and pick up a book. Armchair Books is delivering, so start by asking for George Orwell, Noam Chomsky, Naomi Klein, Peter Pomerantsev, Angela Davis, or Ziya Tong. Unplug, stay home, and read.

OK, enough of that. Quarantino week 4 is Pulp Fiction, Quentin's first smash hit featuring more snappy pop culture dialogue and an out-of-sequence structure that changed the way people make films. Yes, it launched Sam Jackson into the A-list and kickstarted John Travolta's career comeback (which, aside from the Tarantino-esque Get Shorty and John Woo's Face/Off, wasn't that shit-hot, was it?).

What Pulp Fiction really was, though, was the first major victory in a revolution where movie dorks, comic nerds, and other introverted, downtrodden souls of Generation X began to seize the power. These days, comic book movies are keeping the mass media empire alive, everyone knows the words to "Son of a Preacher Man," and full-grown adults are playing Dungeons & Dragons and still getting laid. The geeks rule the Earth and they owe it, much of it, to Quentin Tarantino and Pulp Fiction.