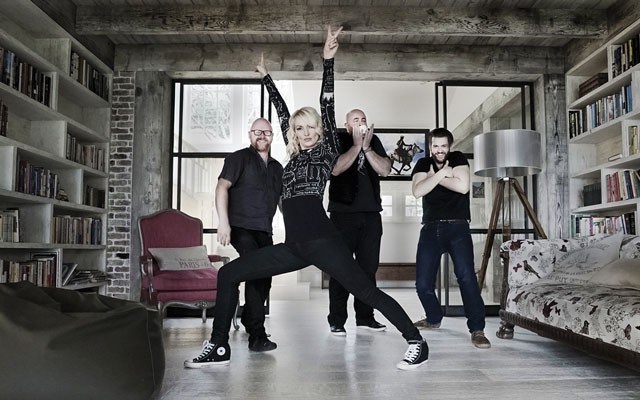 It's 10 days before The Leisure Principle's Whistler gig backing up Busta Rhymes at the World Ski and Snowboard Festival, and the band is heading into rehearsal.

It is clear that the members of this Vancouver alternative, postmodern anti-pop quartet want to be prepared.

"We're pretty intense with our own rehearsals, though sometimes we take a break and write songs instead. Right now we're super pumped to be performing with Busta," says flute player, singer-songwriter and doctor of music Liesa Norman.

"I've gone from playing classical to opening for Busta Rhymes, which is crazy. It's our first-ever show in Whistler, too, as a group and I know the stage and the setting. It is an awesome place."

In a glimpse of the band's music videos via YouTube, The Leisure Principle comes across as theatrical, with sweet singing and a strain of darkness. Norman says the band's influences are wide, including classical music, jazz, pop and rock, with dance thrown in for fun.

"We have a tricky time describing what our music is because we love so many different styles and we have such different backgrounds," she says.

"We always try to have a catchy element, write songs that are singable, but we turn them on their sides and create something new. It reflects who we are as people."

The Leisure Principle is made up of long-time musicians and friends — Norman, co-songwriter and guitarist Dave Thompson, bassist David Spidel and percussionist Cameron Stephens.

"Dave (Thompson) and I have the same work ethic. We strive to get our music and shows right," Norman says of her partner of 15 years.

"That is said in our name. With the leisure principle, when you do what you love it doesn't seem like work."

The concert takes place in the second week of WSSF, on Saturday, April 15, starting at 1 p.m. at the open stage at Skier's Plaza. It is part of the festival's Free Fido Outdoor Concert Series.

As well, Alpha Omega, comprised of Vancouver rappers Prevail and Neph, also has a set. The duo has been working with The Leisure Principle since first meeting Prevail last fall — and the result, the single "I'm Sorry," is just out (a video for it will be released in time for the show, on April 10).

"Prevail heard the song, we were just working on it, and he loved it and asked if he and Neph could jump in," Norman says.

"Our music and their rap... it flowed together so naturally, organically. The song was sweet, but dark beneath, which is why I think it works."

The Leisure Principle has tried to complete, record and video one single a month, seven so far, with the aim of creating a self-titled album once they get to 12 songs. "We hope to have it out in September," Norman says.

There are also plans for an EP, tentatively named AOX, with Alpha Omega.