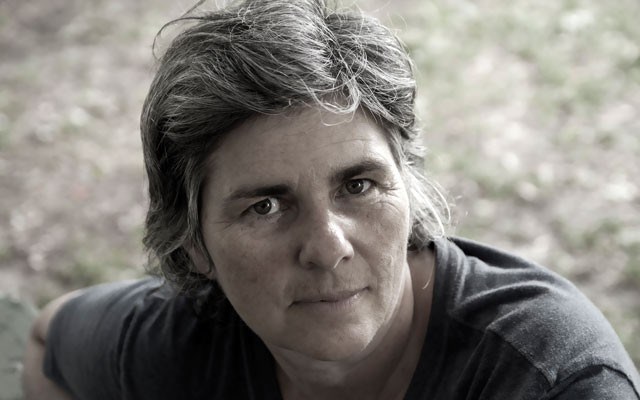 Whistler hosts the 2017 Writers Festival from Oct. 12 to 15. Pique is running book reviews by attending authors to celebrate the event. For information and tickets: www.whistlerwritersfest.com.

Award-winning Canadian author Helen Humphreys weaves the hidden history of the humble apple into an intimate non-fiction narrative of friendship, loss and what we might have forgotten. How do you like them apples?

As often as the apple appears in everyday idiom, (the apple of my eye, the apple never falls far from the tree, an apple a day keeps the doctor away, Adam's apple, like apples and oranges, bad apple), this common fruit seems an unlikely starting point for a book. And yet Humphreys uses her gift with prose to explore the fundamental history of the apple while unearthing emotional truths about love, life and death. The heart of the book The Ghost Orchard: The Hidden History of the Apple in North America has nothing to do with apples, really.

When the author bites into the "crisp and juicy" flesh of the world's best-tasting apple growing outside an abandoned cabin near her home in Kingston, Ont., she is propelled to find out where the White Winter Pearmain originated.

The narrative follows Quaker Ann Jessop from North Carolina to England in 1790 where she first tastes a Pearmain and gathers apple scions to bring back to North America to revitalize the once thriving First Nation's "Indian Orchards." As we learn about "spitters," how Robert Frost, Edward Thomas and Henry David Thoreau were inspired by apple orchards, how the U.S. Department of Agriculture hired watercolour artists to create exquisite paintings of the 17,000 varietals of apples, there is the persistent tug of a more personal story in the background. While she researches the book, Humphreys's close friend is slowly dying.

Ghosts haunt the story. The Indian Removal Act displaces the First Nations whose "Indian Orchards" are taken over by the white settlers. Most of the watercolour paintings of the apples disappear. The once flourishing 17,000 varieties of apples in North America dwindle due to mass food production. And mass food production damages both the earth and our sense of community.

Humphreys purposefully journeys through this story of fundamental loss to honour her dear, dying friend.

Throughout, she is strengthened by the words of her deceased artist grandfather: "He believed, and made me believe, that the role of the artist was the most important in the world and that the hand of the artist was everywhere and in everything."

The final paragraphs of the book highlight Humphreys's skillful prose and leave the reader in awe at her ability to intuit such emotion and meaning from a simple beginning: the humble apple.

Susan Oakey-Baker is a writer, teacher, painter and guide living in Whistler. Her memoir, Finding Jim (Rocky Mountain Books 2013), is available at fine bookstores including Armchair Books and online. Look for her novel about climbing Mount Kilimanjaro available soon. See her website: susanoakeybaker.com.

Helen Humphreys will be at the Whistler Writers Festival on Friday, Oct. 13, at 8 p.m., performing at the Literary Cabaret event at Maury Young Arts Centre. www.whistlerwritersfest.com.