In this corner, DJ Krafty Kuts 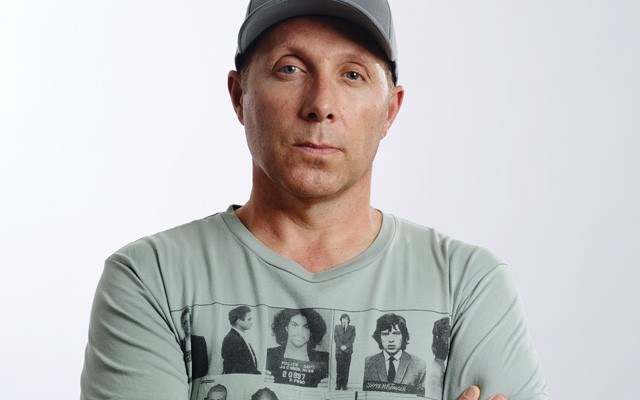 As Krafty Kuts speaks from a Vancouver hotel, there's a sense of joy in his voice.

The legendary U.K. DJ, named Martin Reeves, had just listened to a newly mastered version of All 4 Corners, a new LP with fellow Briton Dynamite MC.

"Hearing them sounding so good in the finished format is brilliant. It's a wonderful feeling," he says. "Imagine writing a book for a year and you get the finished copy and you're like 'Wow, this reads so well' and you can't find a fault in it, no spelling mistakes or any grammar that's wrong.

"I'm getting that feeling with my music at the moment... Being a perfectionist, you're looking for a fault and when you can't find it, it's a good feeling."

The duo is set to bring their upbeat set to the GLC on Nov. 27 as part of the Smirnoff House Party. Doors open at 9:30 p.m. The first 100 tickets are available for $15, while the remaining stock will go for $20.

While Reeves is no stranger to the resort, it's his first time here with Dynamite MC.

He acknowledged it's been challenging to figure out how the new collection of tunes translates to the booth, but with a few tour dates already under their belts, he found a spot for the new content.

"It's really difficult to try to put the album format into a live show. A lot of the music is going to be not all aimed at the club, so we've just had to cherry-pick some of the best tracks that work well for us. They work in the opening part of the set really well," he says. "It starts off with a hip-hop vibe, a party vibe getting everyone together."

And when they get together, they'll hear influences from all over the world, as Reeves spent the last year recruiting performers like U.K. acts Foreign Beggars, Rodney P, Miss Trouble and Riya. But they also ensured there was an international influence in terms of the collaborators, enlisting others from the United Arab Emirates and the U.S. as well.

"They're all people who are really good in their profession and we just get them to add that je ne sais quoi to the album and make it more complete," he says. "Me and Dynamite have toured the world together and we did a tour of all four corners of the world. Together, we feel it's a taste, what is a real taste, of our music.

"There's lots of different styles, not just one type of music. It's not just hip hop. There's grime, there's rap, there's funk, there's hip hop, there's trap, there's break beat. There's all these flavours and styles that just make it complete for us. It shows within our travels from Thailand to Australia to Canada to America through Europe."

The international flavour was entirely by design, Reeves says, explaining the album's concept came before much of the content did.

"We made the title of the album when the first track was written and thought 'Let's make an album called All 4 Corners about our journeys,'" he says. "The name came up straightaway, which was pretty cool."

Reeves, whose debut was released by Fatboy Slim's Southern Fried label and is a five-time winner of the Breakspoll Best D.J. award, says he particularly enjoys this little corner of the world, embracing everything from the Sea to Sky drive, the great outdoors and, especially, a scene he finds is more progressive than the one at home.

"The U.K. has got this drum-and-bass, techno, beat house sort of culture going on and it's been like that for a while now. There's not room for a lot of other types of music. They don't embrace bass music like North Americans do — you've got the trap and you've got dubstep and future bass and all this with all these big artists coming out. EDM music is just not really welcome in England, for some reason. It is, but only to the obvious sort of people.

"North America is a lot more open-minded to hip hop and break beat and just in general. When we play music here, it just seems to fit really well... People seem to be not so snotty about the music in North America, especially Canada."

While his career has taken him from performing alongside The Rolling Stones to having his tunes appear in Coca-Cola commercials and the Guy Ritchie flick Mean Machine, Reeves still feels his best is yet to come as new influences mix and mingle with his longtime loves of hip hop, funk and artists like the Prodigy and Fatboy Slim.

"I'm feeling optimistic about what the future holds for me at the moment. I feel like I'm probably in the best place I've ever been. I'm working with brilliant people. I'm playing some of the best music I've ever had," he says. "The musical style of things, those change. You'll hear Flume or you'll hear some new rapper, even A Tribe Called Quest, their new album — how inspiring is that to listen to?"