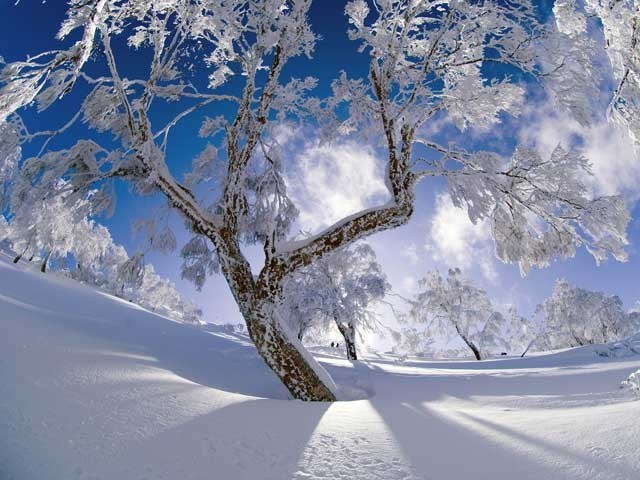 Start Bidding Blake Jorgenson's photograph, 'The Japanese Tree', is one of the 20 pieces of artwork on auction for the Whistler Health Care Foundation

The walls of MY Millennium Place are typically adorned with the creations of artists from throughout the Sea to Sky region, but for the entire month of October, the venue is playing host to a special exhibition, entitled Art With Heart, to raise money for the Whistler Health Care Foundation.

Sue Adams is chair of the fundraising committee for the Whistler Health Care Foundation.

This is the second year for the foundation’s Indulge gala, which is designed to raise funds to upgrade medical equipment, supplies and facilities, which are above and beyond the scope of local health care budgets. Since the foundation was launched in 1995, they’ve raised $808,000, plus an additional $1,230,000 specifically for their CT scanner campaign.

In an active outdoor community such as Whistler, Adams agreed that there are many people who have been in need of the medical equipment and services made possible by the foundation’s fundraising efforts. Well, now’s their chance to give back, and have a good time while they’re at it.

The second annual Indulge gala will take place on Saturday, Nov. 29 at the Westin Resort & Spa. And this year, on top of all of the fine wine and dining offered throughout the evening, there will be an artistic twist on the night.

Organizers have decided to hold a live auction, which includes a number of getaways to places like San Francisco, Seattle, and Scotsdale. But they’re also planning a silent auction during the reception, with 20 pieces of stunning artwork up for grabs.

“Last year, we didn’t have a silent auction, and there were a number of comments from the people that attended the gala who said, “oh, I still had money in my pocket when I left. There wasn’t anything for me to buy!’” Adams recalled.

“…The reason that we didn’t have one is because the community is so generous and there are so many people asking for auction items and whatever, and we wanted to try and make it a little bit different. So we thought a lot about how we could make this work so it was going to be a win-win situation — something that was going to be really useful for the artists and also give us an opportunity to make money.”

So they decided to appeal to local artists, galleries and businesses to donate pieces, with the idea that the auction would give them additional exposure and help raise money for the foundation at the same time.

Committee members decided that for this year, at least, they would keep the art auction relatively low key, opting to invite artists they know personally, and only include 20 pieces.

“We want to make sure that this really works for the artists, and I think there’s all sorts of opportunities to grow this into a really big thing,” Adams said. She pointed out that in other communities, like White Rock and Sooke, art auctions are held as large, annual fundraising events.

“We might get to that — who knows! It’s a test case at this time, and we just want to make sure that it’s working well for everyone — that it’s not too much of a hassle for our volunteers and also that it works really well for the artists,” she explained.

The pieces up for grabs range from wearable artwork, like the stunning jewelry by local artists Borgi Rayen and Tess Klein, to the paintings and photographs of artists from throughout the province. The pieces are valued anywhere from $125 to $4,800.

Adams is hoping that each piece fetches its asking price, at the very least.

“Mostly to support the artists, because that is what their work is worth, and it’s disappointing to see it go for less,” she added.

All of the pieces will be on display at the Scotia Creek Gallery in MY Millennium Place throughout the month of October, so people can check them out, and even have the chance to place a blind bid, beforehand. Those bids will be included on the bid sheet on the night of the auction.

And if nothing on either auction block — live or silent — appeals to attendees, they’ll also have the chance to light up the “Tree of Light,” which was designed by Jim Barnum for the event. Every time a donation is made during the evening, a light will be lit on the tree.

The first Indulge event was sold out, and raised an impressive $75,000. This year, given the current precarious economic climate, Adams is more modest in her fundraising expectations; she hopes they can raise $40,000.

“We already have some very generous sponsors on board…” Adams said, pointing out that the Westin and other supporters have contributed over $25,000 in value of goods and services to help host the event.

Aside from the new, artistic aspect to the event, the gala will also include entertainment by Vancouver’s Dal Richards Orchestra, which will have guests on their feet, dancing the night away to smooth jazz, rock and pop stylings.

“It’s going to be quite the gala evening, I think,” Adams said.

Tickets to the event recently went on sale, and so far, Adams said they have received some very positive feedback about the changes they’ve made to the event.

Tickets to the Indulge gala are $195 before Oct. 18, and can be purchased at www.whistlerhealthcarefoundation.org .